The Death of Europe in 29 Pictures

We have written frequently about the European “migrant crisis” of 2015: its origins, how the media misrepresent it, and why it is such a threat to Europe. We have profiled the keys personalities, from Angela Merkel, to Geert Wilders, to Viktor Orban, and reviewed several books about different aspects of the crisis. We have also published accounts of how sevral countries are handling the crisis (Italy, Russia, Poland, France), and covered the terrorist attacks this invasion has brought. We have also written about the organizations that have taken a stand to fight for Europe.

Here are some of the most memorable photos of the crisis from the last two years. A screenshot from a Facebook video three immigrants streamed live as they raped a Swedish woman in January, 2017. 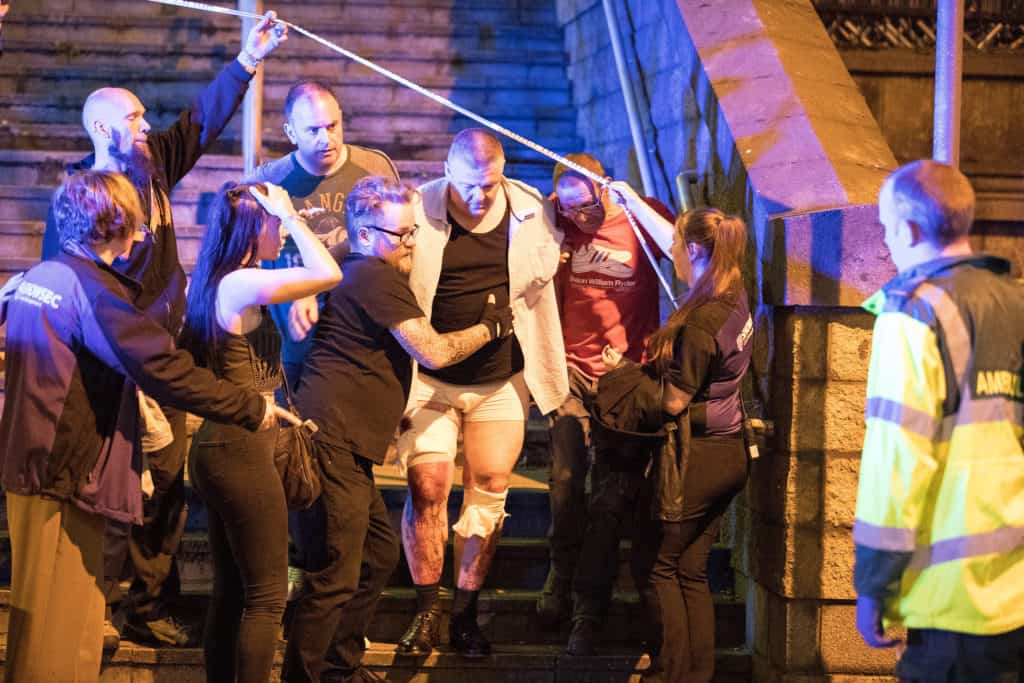 April 20, 2017 – Paris, France – Police secure the Champs Elysees after one policeman was killed and two others wounded in a terrorist shooting. (Credit Image: © Maxppp via ZUMA Press) April 3, 2017 – St. Petersbug, Russia – Rescue workers with an injured man at the entrance to Tekhnologichesky Institut station of the St Petersburg metro after a terrorist attack. (Credit Image: © Vaganov Anton/TASS via ZUMA Press) March 22, 2017 – London, UK – Emergency services outside the Palace of Westminster, London, after policeman was stabbed and his attacker shot by officers at the Houses of Parliament. (Credit Image: © Stefan Rousseau/PA Wire via ZUMA Press) October 23, 2016 – Calais, France – Another night of rioting in the Calais Jungle. Rioters threw rocks at riot police and the police responded with teargas. (Credit Image: © Pete Maclaine/i-Images via ZUMA Wire) May 7, 2016 – Brennero, Italy – ”No borders” activists clash with Italian police at the Brenner train station during demonstrations against Austria’s possible decision to close the border with Italy. (Credit Image: © David Speier/NurPhoto via ZUMA Press) December 20, 2016, Berlin, Germany – A tow truck arrives after a truck plowed through a crowd at a Christmas market near the fashionable Kurfuerstendamm avenue in Berlin. (Credit Image: © Bernd Von Jutrczenka/DPA via ZUMA Press) July 14, 2016 – Nice, France – A survivor visits the corpse of a victim after a terrorist drove a truck into a crowd celebrating Bastille Day. (Credit Image: © Panoramic via ZUMA Press) Sept. 3, 2015 – Londonderry, Ireland. Hundreds of people attend a demonstration at the Guildhall Square demanding that the European Union open its borders. The demonstration was organised by People Before Profit. (Credit Image: © George Sweeney/Rex Shutterstock via ZUMA Press) Chris Roberts is the Director of Special Projects at American Renaissance. You can follow him on Gab.
< Courting Disaster: Supreme Court Decides Against Homeland Security
‘Step-Dad’ Who Beat Boy, 5, to Death in Catford Park Jailed >
Blog
Commentary
Videos
Podcasts
Follow us