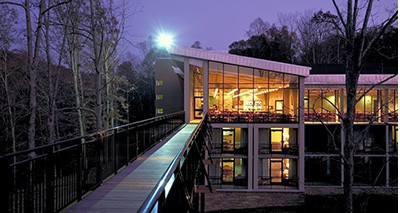 An Inspiring Weekend of Camaraderie 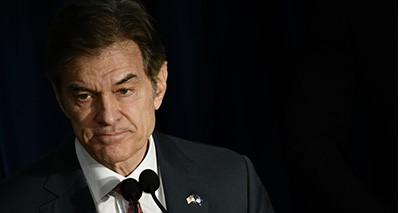 Failure in the Midterms A Tale of Two Crashes Verified Hate: ‘Where Are You From?’ Edition Blog by Gregory Hood

The Most ‘Racist’ Video You Will Ever See AR Video

It just follows the science.

The group is funded by George Soros.

"We were attacked by people who were going to break my daughter's window and pull her out of the car."

"Whitewashing one of the most horrific incidences of governmental racism."

"But thank God society is changing."

A Belgian sees them for what they are: a total lack of assimilation.

The administration also plans to expand "legal pathways" for migrants.

"On this day, I invite us all to consider the legacy of colonialism and racism."

The EU wants to keep "hate speech" off the platform.

‘So What?’ Demographic Collapse of Native Britons Shrugged Off by Top Tory Breitbart

The politician isn't an Anglo-Saxon.

Not a single one in Dem’s congressional leadership.

It's the first time a party in either chamber will have no white men in leadership.

Fresh off his appearance at the AR conference.

"All members of the household are being reminded of the diversity and inclusivity policies which they are required to uphold."

Time to Rethink Christmas as Half of Country Not Christian, Says Diversity Group Wales Online

How "inclusion" leads to exclusion.

Some Republicans want to pass an amnesty before their party takes over the House.

Mr. Sandman is a racist.

"Words or actions that are disrespectful, racist, discriminatory, hostile, or harassing are not welcome."

How to Achieve ‘Disengagement’ Radio Renaissance

Perhaps a better term than "separation."

Republicans, Ahead of House Takeover, Look To Zero in on Biden Admin’s Handling of Border Crisis Fox News

The GOP looks to impeach Mayorkas.

“That has always been the U.S. government’s biggest Haitian nightmare, a mass migration event.”

A detailed analysis of Germany's proposed changes to its citizenship laws.

Apple’s App Store is the only source for software on iPhones.

Crime is up by nearly 28 percent in NYC.

Monkeypox Is Renamed ‘Mpox’ by the WHO Daily Mail

International body claims the original term was "racist" towards Africans.

An AmRen conference speaker made it out unscathed.

Blood is thicker than residence.

Donald Trump ‘Shied Away From Criticising Nick Fuentes’ The Guardian

Trump reportedly believes Fuentes represents a sizable part of his base.

Yet eighty-six percent of blacks believe lenders treat them less fairly than whites.

He is a "COLONIZER" and the vandals want "LAND BACK."

Rajwinder Singh left behind his wife and three children when he fled to India.

It's the eighth consecutive year the city has had over 300 murders.

Portland Homicides Set Record at 93 as Shootings Continue The Oregonian

Soft-on-crime policies leads to more bodies in the morgue.

Opposition parties warn the proposals would turn the German passport into "junk."

The wonders of diversity.

The state of Broward County Schools.

“’Hands up don’t shoot’ was made up. The whole thing was a fiction.”

A state prosecutor found the police did nothing wrong.

"But if you Black up, it might look ridiculous and offensive."

French immigration enforcement is a joke.

Migrants from non-EU countries are driving the rise.

Are whites now the "Global Minority?"

England Players Again Take the Knee… For Three Seconds, in World Cup Match Against USMNT AS

The movie "imagines alternative responses to a world dominated by western imperial powers."

Amnesty we can get behind!

The bill passed hours after he was killed.

The "ties" are awfully loose.

"I continue to deepen my own understanding of slavery's enduring impact."

May all our readers and supports have a blessed Thanksgiving Day.

Demigirls and Bois are welcome, too.

The white alumni say the president is destroying the school's traditions.

Accepting the GRE instead of the LSAT may decrease racial diversity.

NYC is the white supremacist Mecca.

"This has nothing to do with his performance."

If someone doesn't like it, "Then see something else."

"We are lovingly curating this space to support and affirm Black people and Black joy."

"Boards of education that continue to utilize Native American mascots must reflect upon the message."

“They went to the oldest institution in UK history and told them what they were doing wrong."

"I was really surprised when I read that on Facebook that she was. . . a proud Yorta Yorta woman."
More
More news
Blog
Commentary
Videos
Podcasts
Follow us