Last night in Minneapolis, there was an eruption of violence, destruction, and looting, largely in and around the ghetto part of Lake Street, one of the city’s main thoroughfares. For a roundup of videos of what happened, see our blog post here.

I lived near Lake Street; none of this is surprising. The area is a mix of mostly Somalis, blacks, and Hispanics, with some American Indians and whites as well — and is exactly what you would expect it to be. “Midtown Phillips,” as it’s called (just “Midtown” to locals), is very dangerous: All the stores advertise in several languages that they accept welfare: 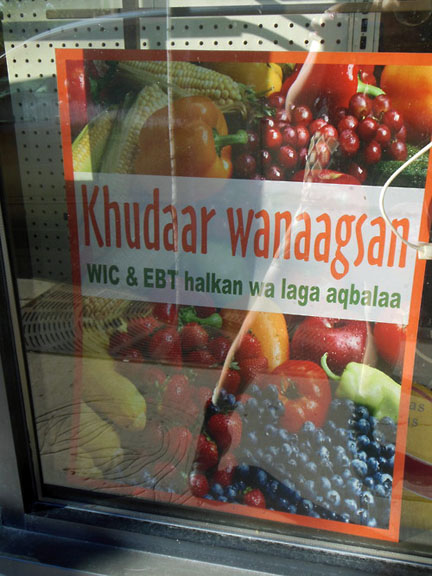 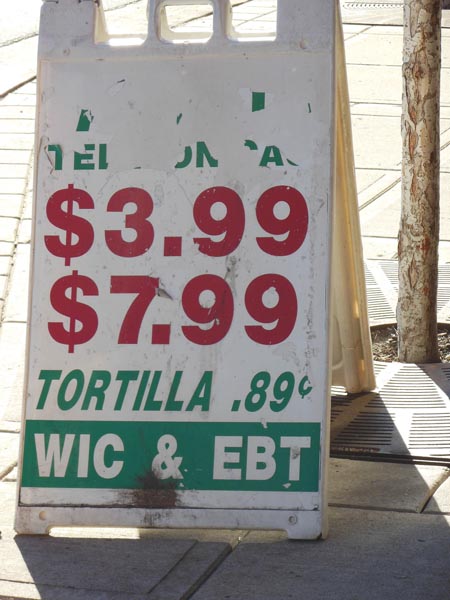 An office for WIC is conveniently located on Lake Street: I have many memories from when I lived there. Aside from the regular shouts of, “Hey white boy, um’eer [come here], I wanna talk to you,” blacks, American Indians, and sometimes Hispanics ask you for money, bus transfers, and cigarettes. Black teenagers ride up to you on bicycles brandishing recently-snatched iPads they want to sell for $20. I once saw a pregnant white woman beaten and mugged by young black men. I was walking home from work one night when some kind of gang shooting left one dead and three injured at the sleazy Mexican bar La Que Buena (which had rifles and shotguns hanging from the ceiling that pointed right at you when you sat at the bar). I was wondering what had happened as screeching squad cars zoomed down Lake Street.

Last night, the rioters appear to have attacked the public library:

LMAO at the white leftist crying, “NOT THE LIBRARY!! PEOPLE READ BOOKS THERE!” https://t.co/QDsSDSEwuq

It may be the worst library in the country. A now-deleted Yelp review described it well:

Every time I come to this library I see junkies using the public restroom as a shooting gallery. Maybe that’s why this library has actual security personnel. We used to bring our kids here because it is the closest library open on Sunday. After last time, having to explain what a junkie is to a four year old, we’ll skip the hepatitis and go somewhere else. Maybe this library location will be better in warmer weather when IV drug users can pass out in a park instead of the restroom.

There was always at least one security guard when I was there. Once when I stepped outside to make a phone call, an American Indian woman pushing a stroller asked me if I had a lighter. I lent her one, she stooped to the ground, plucked a half-smoked cigarette from a crack in the sidewalk, lit it, and gave me back the lighter. The last time I was there, the entrance was filled with free anti-ICE literature, available in English, Spanish, and Somali: The public high school nearest to Lake Street, South High, is “representative of its community.” Last year, its racial mix was:

Unfortunately, these numbers don’t distinguish American blacks from Somalis. The two groups despise one another, and their clashes dwarf the clashes between any other two races. In 2013, a Somali versus black food fight and race riot made national news. It won’t be the last time. Many people still think of Minnesota as a land of Scandinavian dairy farmers, but that has not been true for a long time. Minneapolis, especially, is a mix. According to the the 2010 census, it was:

Like every American city, blacks commit the vast majority of crime. Here are statistics from 2009 to 2014 (more recent years aren’t available), according to the Minneapolis Police Department.

Homicide with a firearm:

The riots are the kind of thing we can expect from a neighborhood like this, and Minnesota’s politics leave little room for solutions. The Irish won’t cut their historic ties to the Democrat Party, the Scandinavians are as ethnomasochistic as their cousins in Sweden, the Germans are as full of guilt as Angela Merkel, the Finns are still loyal to their labor unions, and the Jews are still far from righteous. Minnesota hasn’t gone red in a presidential election since 1972 — longer than any other state in the union, and the last time Minneapolis had a Republican mayor was in 1974.

Racial conflict isn’t new in Minnesota. In the 1800s, it was the Western Frontier, and battles between whites and Indians were common. The most noteworthy one was the Dakota War of 1862, during which hundreds of white civilians were slaughtered. By the end, the aim of the whites was to make the area permanently secure for whites by any means necessary — and in time, they did. When the war came to an end, 38 Dakota warriors were hung together for massacring whites. It was the largest mass-hanging in American history, and it was done in front of around 4,000 spectators. Minnesota stopped having trouble with “merciless Indian savages” after that.