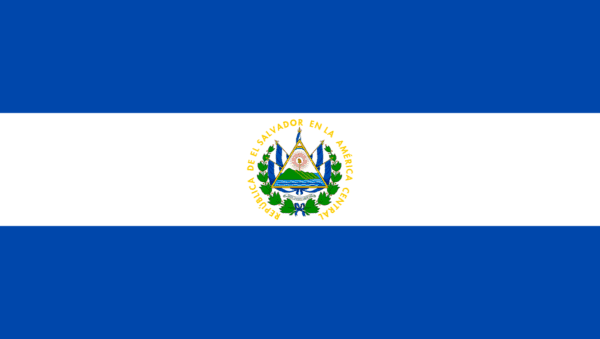 The meeting held May 27 in Washington of the then-president of El Salvador, Francisco Flores, with George W. Bush highlighted the close relationship between the largest and the smallest nations of the Americas. The meeting underscored the fact that El Salvador is the only ally of the United States in the hemisphere, with all other American countries in varying stages of disagreement if not outright hostility. El Salvador has always been loyal, straying only when Caudillo Maximiliano Hernandez Martinez made overtures to Germany in the runup to the Second World War. Hitler ignored him and El Salvador stepped back in line.

The nation’s loyalty is evidenced by an American military base at the international airport outside San Salvador to monitor drug traffic, and by the Batallon Cuscatlan in Iraq, where it has taken casualties. When other nations, led by Spain, pulled out of Iraq, El Salvador stayed put.

In exchange for loyalty, Washington has always been generous with aid, particularly after natural disasters. After two devastating earthquakes of 2001, the United States also granted Temporary Protected Status (TPS) to Salvadorans, legal and illegal, thus exempting more than 254,000 from deportation.

What kind of country is Washington’s only hemispheric ally?

It is very much a land of emigrants. In fact, about 70,000 of them arrive illegally every year to supplement legal entries. There are now an estimated 2,000,000 Salvadorans in the United States — 25 percent of the population — which means people are the country’s largest export. These immigrants are largely poor and unskilled, mostly illiterate, for whom there is no place in the El Salvador economy. Like most other arrivals from Latin America, Salvadorans provides cheap labor that is lowering the wages of native workers.

Salvadorans have displaced blacks at the bottom of the economic ladder and, along with Mexicans, have prompted black flight, notably Los Angeles. They have also created ghettoes in parts of Virginia, Maryland, and Long Island.

It is certain that if we separate from our 1,200,000 inhabitants those who have a minimal and normal education, we will not arrive at 200,000. The rest is mass, darkness. The result, as I already said, is a monster: a small head that lives in the light above an enormous body that lives in the shadows. And with such elements, one attempts to have liberty, respect for the law, morality, and culture! (Alberto Masferrer, Leer y Escribir, Ensayos, pp 41 Concultura, San Salvador, 1996.)

Not much has changed since 1916, except that a good part of that mass has moved to the US.

Today, no other nationality in the Western Hemisphere can rival Salvadorans in amount and variety of crimes. A common Salvadoran saying is: “Si el crimen fuera leche, El Salvador seria la crema” (If crime were milk, El Salvador would be the cream). El Salvador is the hemispheric leader in murder, with a rate of 36 per 100,000 inhabitants. Although Colombia has a rate of 41 per 100,000, it is in a state of war. The rate for the United States is 5.6. In 2000 Salvadorans were on death row in three countries: Brazil, Belize, and the US.

Salvadorans specialize in killing prominent figures. Since 1966, they have murdered Maximiliano Hernandez Martinez, president from 1933 to 1944; Roque Dalton, a leading poet, novelist, and essayist; and the Archbishop of San Salvador, Monsenor Oscar Romero, who was shot as he officiated at a worship service. This was the first killing of this type since the slaying of Thomas Beckett, Archbishop of Canterbury, in the 12th century.

During the Civil War of 1980 to 1992, four Maryknoll nuns were ambushed and massacred outside San Salvador as were six Jesuit priests at the University of Central America. The rector of the National University was also murdered during those turbulent times.

The largest massacre of the defenseless in the history of the Americas took place at El Mozote in 1982. The government’s Atlacatl Regiment murdered an estimated 1,019 old men, women, and children by shooting, hanging, mutilating, and burning.

Kidnapping was once as popular as murder, but the National Police have brought that scourge under control. Two years ago, a major kidnapping occurred every other day, and many kidnappers murdered their victims even after they got ransom money.

Salvadorans have been very active in bank fraud. The FINSEPRO/INSEPRO affair netted $114,000,000, surely a record haul for a small country. The theft was a simple matter of enticing people to deposit money at interest rates of more than 20 percent. Even the Catholic Church lost a substantial amount in the scheme. The two banks closed when interest checks started bouncing. One director went to prison for four years, but most of the money disappeared through a variety of laundering mechanisms.

Recipients of El Salvador’s many aid programs managed to hoax the Japanese embassy three times in 2000 — one fraud, one embezzlement, and one theft.

The legal profession is notorious for false, forged, and bought degrees. In 2002, 59 judges and 172 lawyers were under investigation. Another 2,000 investigations were in the pipeline. Anyone can buy convincing false Salvadoran ID papers for about $200.00.

Another criminal specialty is immigration fraud. A Salvadoran vice-consul in New York tried to buy 500 blank Salvadoran passports with a personal check.

El Salvador is said to be the leading source of prostitutes in Central America, and rape is widespread. Good statistics are hard to find, but the local press details daily what is almost a national sport.

Salvadorans have not been idle in the United States. In fact, they have a number of firsts to their credit and in addition they have been involved in some high-profile crimes. A Salvadoran was the first to be convicted under a new state law in California on threats over the Internet. Two Salvadoran generals were the first to be tried under a new federal law dealing with crimes against American citizens for crimes they committed during the Salvadoran Civil War.

In a truly remarkable case, A Salvadoran gangster, Alex Sanchez, was the first to acquire asylum after the government had actually deported him. He sneaked back into the country, and the Los Angeles police arrested him and held him for redeportation. His lawyer sued for asylum, arguing that if he were deported to El Salvador, he would risk death from rival gangsters. A federal judge agreed, failing to note that such are the usual occupational hazards of gangsters.

In recent high-profile cases, four Salvadorans supplied false ID papers to four of the Sept. 11 terrorists, and another Salvadoran is the chief suspect in the notorious Chandra Levy murder. He is currently serving a ten year sentence for raping a different woman.

Perhaps their greatest moment in the States was their participation in the 1992 Rodney King Riots in Los Angeles. Falsely described as a black-white confrontation, it was a black and Central-American attack on the entrenched Mexican-Americans and Korean business owners. Central Americans were the leading element of the riot and account for 49 percent of those arrested.

Right now, the Mara Salvatrucha, a Salvadoran gang, is the most violent street gang in all of the Americas. It operates in 28 cities in the United States, places where they had no presence two decades ago.

The United States must end the immigration free-for-all, and there is no better place to start than El Salvador. A halt would provide much-needed Temporary Protected Status for the American people.

View all posts by Raymond McClaren