From day one Carlos Moore made it clear.

“On the first day I was on the bench I did remove the Mississippi flag because it bears the confederate emblem.” 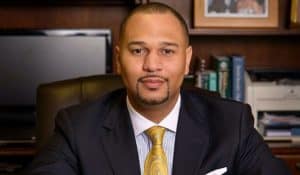 Moore says he wanted no confusion while doing his job.

“I don’t believe the confederate emblem stands for justice, and I took an oath to administer justice.”

Moving the Mississippi flag out of the courtroom brought the judge some backlash. But replacing that flag with the Stennis flag is raising questions that he’s happy to answer.

Moore says the Stennis flag is a great alternative until legislature decided what’s next for the state flag. He was drawn to that flag because it was created by the granddaughter of a man who pushed for segregation.