One of Several Men Arrested Admits To Shooting Into Crowd

Three men charged after the shootings at the Virginia Beach Oceanfront over the weekend made their first court appearance on Monday. One of the men admitted to shooting into the crowd during the incidents, court documents state. 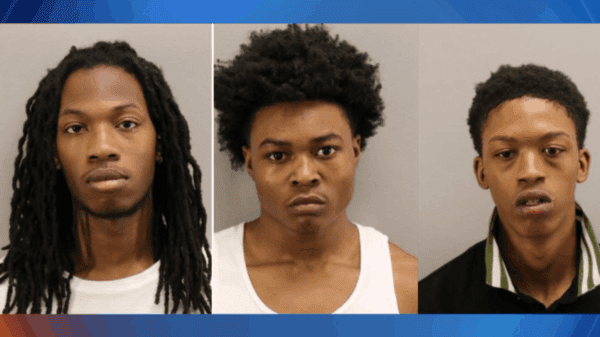 They face seven counts of felonious assault, use of a firearm in the commission of a felony, and reckless handling of a firearm.

Court documents reveal Baker admitted to shooting into the crowd and handing the gun off to someone else. The paperwork also says several people opened fire and Virginia Beach Police caught it on camera and chased them.

Officials say the initial investigations into the incident revealed that a group of people were involved in some type of conflict which turned into a fight.

Adams, Baker and Dorsey Jr. were charged in connection with the first incident of the night, in the 2000 block of Atlantic Avenue.

29-year-old Deshayla E. Harris, of Norfolk, was killed in the second shooting of the night, in the 300 block of 19th Street. Police said she was a bystander. There have been no arrests in this shooting.

The third incident involved a Virginia Beach police officer shooting 25-year-old Donovon W. Lynch in the 300 block of 20th Street. Lynch was from Virginia Beach and is a cousin of Pharrell Williams, the superstar musician said Monday.