‘Payback is a Bitch, White Boy!’

The Southern Poverty Law Center (SPLC) recently announced it will no longer call black separatist and black nationalist organizations “hate groups” unless they are antisemitic, anti-gay, or misogynistic. In other words, hatred of whites won’t earn anybody the “hater” label, because “Black separatism was born out of valid anger against very real historical and systemic oppression.”

Is there a limit to how violent a black separatist can be and still just be expressing “valid anger”? One group, formerly labeled black nationalist, The Great Millstone (GMS) has a gallery of memes on its website. Is this anger “valid?” Like many black nationalist groups, GMS believes a version of “Black Hebrew Israelite” theology in which blacks, and sometimes just American blacks, are the real descendants of the ancient Israelites, making them the “chosen people.” There are also explanations as to which modern races and nationalities are descended from which Biblical peoples. In short, it’s a black supremacist belief system that uses Biblical references to create a racial hierarchy with blacks at the top, and whites, destined for slavery and death, at the bottom. Here’s a partial guide: Whites, or “Edomites,” are descended from Esau. Here’s more about them: Note the baby in chains. Jesus was black, and on Judgement Day, blacks will rise to heaven. 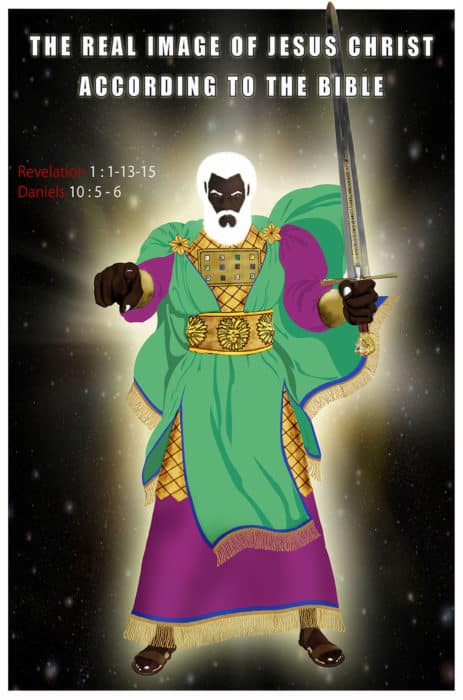 This image of women may be enough for the SPLC to call GMS a “hate group.” It’s hard to know what to make of the “proud-ass ni**er woman.” GMS believes many other strange things: There is not much public information about the Great Millstone. The SPLC includes no profile, only a list of cities where GMS is said to have chapters. There seem to be no news stories about the GMS, and its website says little about the organization.  Many of the links don’t work, such as the ones for the GMS podcast and GMS books. One that reads “High Holy Days” opens a tab with one image and nothing else. The GMS YouTube Channel has five videos, all of them uploaded seven years ago. The “Contact Us” page lists no phone number or email address, only a PO Box in Bridgeport, Connecticut. I can find no IRS records for anything called “The Great Millstone” or “Great Millstone.” Either it does not exist in the legal sense, or its official name is kept secret.

It’s not clear how the SPLC got a list of 31 chapter locations. They aren’t listed on the GMS website.

The GMS appears to be a very minor organization, but it a reminder of what the SPLC thinks is and is not hatred. AmRen “spews hate,” but not the people who made this:

Chris Roberts is the Director of Special Projects at American Renaissance.
< France at the Crossroads
Net Migration Targets Abandoned as £38,500 Salary Threshold to Settle in UK Ditched >
Blog
Commentary
Videos
Podcasts
Follow us