A picture of a group of pre-school children posted on the French education ministry’s Facebook page was inundated over the weekend with racist comments because most of the children in the photo were black.

“I wish a happy return to school for all the children of [Guinea] Conakry,” read one post, which had not been deleted despite the ministry’s efforts to remove offensive comments from the page. Another post asked: “This picture is in France?”

One web user asked what the ministry was “trying to achieve with this picture” while another called the image “a deliberate provocation”, asking how it could be “normal to have a picture of French schoolchildren when only one of them is white?”

The ministry responded quickly, saying it would delete all racist and abusive comments, although there were still some visible on the social networking site when this article was published.

The picture had been shared 850 times by Facebook users, many of whom responded to the racist comments with supportive words of their own.

“The best example of everything wrong with our education system is summed up by these [racist] comments,” wrote one.

“Some see colours, I just see children,” wrote another.

These attacks have included the circulation of a false image of her national identity card showing her “real name” as “Claudine Dupont”, with one commentator on Twitter asking if she had “changed her name to make herself more popular” with ethnic minorities. 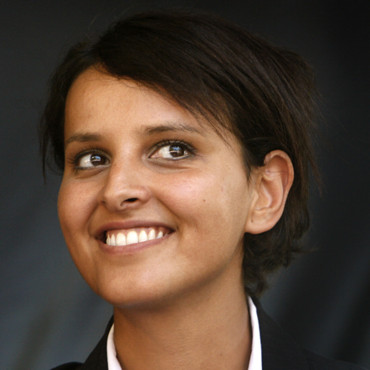