May 10, 2011 Denver, Colorado–The author of the blog Stuff Black People Don’t Like, Paul Kersey, has published his second book, which is now available for purchase from Amazon.com for the price of $16.19. A Kindle version is available for $7.99, and the author is selling autographed copies upon request.

Entitled Hollywood in Blackface: Black Images in Film from Night of the Living Dead to Thor, the book with over 300 pages and with a forward by American Renaissance contributor Gregory Hood, takes aim at Hollywood for doing all it can to ram black superiority down the throats of the American people. 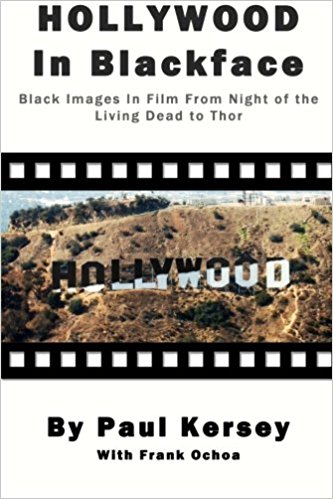 Paul Kersey said, “In almost every film, you see a super smart and savvy Black computer wiz like in the Mission: Impossible films or a technological genius as in Terminator 2, but the real-world doesn’t seem to produce the same results that Hollywood continues to conjure up.”

May 6, 2011, was chosen for the release of Hollywood in Blackface so that the eye-opening book would coincide with the release of the new movie Thor. In this film, the Norse god Heimdall–who is described as “the whitest of the gods” in The Poetic Edda–is played by Idris Elba, who is ironically and intentionally the blackest of the actors in that film. A grassroots movement has called on people to boycott Thor for mocking European culture.

Kersey also said that it is now as common today to cast “token” white actors like Paul Walker in Fast Five as it was for “token” black actors to be casted over a decade ago. “Casting (Idris) Elba as Heimdall is like casting Brad Pitt or Christian Bale as some Zulu God,” Kersey added.

The author’s first book, SBPDL Year One, has sold over 400 copies since its release and has climbed to being the #2 most-purchased book in Amazon.com’s “Minority/African American Section.”