Why Conservatives Are Afraid of Free Speech 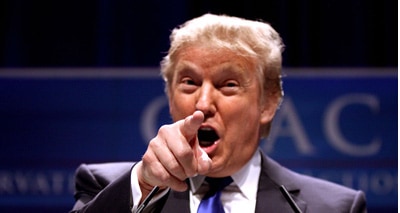 Last week, Right Wing Watch ran a hit piece on an employee at the Capital Research Center, criticizing her views about the Ahmaud Arbery shooting. The CRC folded. It updated its website and said the target was now a “former” employee. Conservative ritual sacrifice should not surprise anyone, considering the “movement’s” history of cowardice.

A simple tweet on a different front last week shows how dramatically different things could be. President Donald Trump thanked Michelle Malkin for her fight against “Radical Left” control over social media, and claimed his administration was going to “remedy this illegal situation.” His tweet included a link to video in which Mrs. Malkin denounced censorship — though the video was unavailable after the President tweeted it.

The Radical Left is in total command & control of Facebook, Instagram, Twitter and Google. The Administration is working to remedy this illegal situation. Stay tuned, and send names & events. Thank you Michelle! https://t.co/ZQfcfD3Hk9

The video was from “AF Clips,” which claimed that Twitter deleted the video after the President retweeted it. You can watch it here.

Censorship in America is out of control! pic.twitter.com/LBBaFiG0By

AF Clips is associated with Nick Fuentes’s talk show, America First. Both Michelle Malkin and Nick Fuentes are poison to the “conservative” movement, so no employee at a mainstream conservative organization could do what President Trump did — promote these excommunicants — and keep his job. The “Groyper War” Mr. Fuentes prompted was a bitter confrontation last fall between America First nationalists and Conservatism Inc. speakers such as Ben Shapiro, Dan Crenshaw, and Matt Walsh. It forced young activists to choose between national/racial identity and conservative bromides. It also made Mr. Fuentes a pariah, to the point that Turning Point USA fired “brand ambassador” Ashley St. Clair just for being in a photo with Mr. Fuentes.

Like Ann Coulter, Michelle Malkin was a staple of the conservative speaking circuit until she strayed from “owning the libs.” At CPAC 2019, she criticized the organizers for their murky finances; she tells this story in her invaluable book Open Borders Inc: Who’s Funding America’s Destruction?

A few months later, in November 2019, Young Americans for Freedom cut ties with her after she called Nick Fuentes “one of the New Right leaders.” The Washington Examiner sensationally said she was expelled “over support for a Holocaust denier.” A follow-up column was called, “Sorry, Michelle Malkin, a ‘little brown woman’ can be racist.” National Review intoned that “Fuentes and his disciples deserve no quarter.” This sort of swaggering just conceals weakness. The “cuckservative” meme arose from the movement’s continuous surrender to progressives’ demands, thus ensuring continuous failure.

We thought Donald Trump’s takeover of the GOP had settled this argument. It proved that nationalism, even when advanced by an erratic champion like our President, was what the conservative base wanted. Grassroots conservatives were tired of surrender and of being policed by the “movement” — beginning with National Review’s pathetic “Against Trump” cover story. 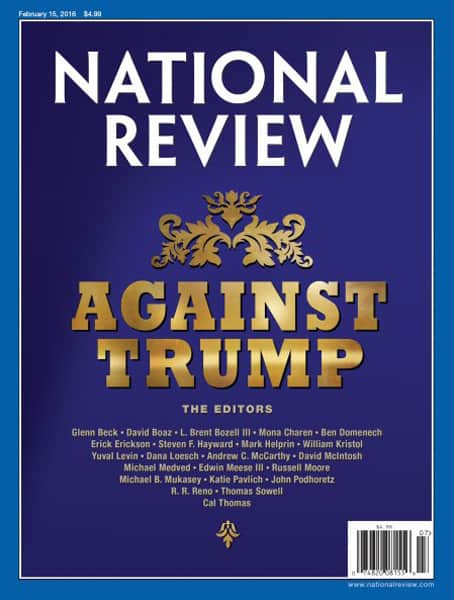 After Mr. Trump was elected, I hoped conservatives would stop purging nationalists, race realists, and paleoconservatives. My sources tell me the opposite happened. It is far harder for a nationalist to operate within Conservatism Inc. than it was before.

Why is this happening? Don’t conservatives know that Right Wing Watch, the Southern Poverty Law Center, and the ADL would be impotent if the movement ignored them? Progressives don’t care what conservatives say about them. If Turning Point USA or YAF called some leftist staffer anti-American, no progressive group would fire him, thank their opponents, and announce they are buying more flags to prove their patriotism.

Don’t conservatives want to win? Maybe not. The way they behave, it’s a question whether Beltway Right staffers and politicians really want power, policy changes, or even to win elections.

Some young activists seem to think conservative journalism is a steppingstone to “real” media. Examples are CNN’s Oliver Darcy (formerly of The Blaze and the Leadership Institute) or Politico’s Betsy Woodruff (a “William F. Buckley Journalism Fellow” and former National Review contributor). Some conservatives are tokens at liberal outlets, who usually criticize “their” side. Examples are “Republican strategists” such as Ana Navarro-Cardenas and Rick Wilson, or writers such as Matt Lewis.

There’s the occasional “former right-winger” who “exposes” former colleagues, a tradition that goes back at least to Gerald Schomp’s self-indulgent, kiss-and-tell 1970 book Birchism Was My Business. David Brock famously wrote Blinded by the Right: The Conscience of an Ex-Conservative and then founded Media Matters. These people now have mainstream media platforms that are usually hostile to the conservative grassroots. If the “mainstream” lost power, these people would lose power, influence, and fame. 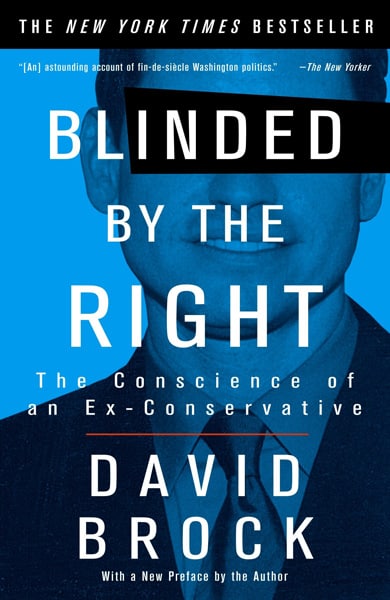 “Movement conservatives” fear victory for a different reason. When there was relatively free speech online just five years ago, dissident podcasts, social media personalities, and independent YouTube shows could draw larger audiences than many supposed conservative celebrities. Donald Trump’s victory proved that the conservative leadership — not just the GOP leadership — had lost touch with its base. This is still true, but big-tech censorship now means there’s no alternative for people to find. Conservatives benefit from liberal censorship because it muzzles the competition. Squelching dissent makes it harder for Conservatives to win, but judging from their actions, that’s less important to them.

Sometimes people say politicians will do anything to stay in office. I wish that was true of Republicans. After he was defeated by a populist, anti-immigration candidate in 2014, former House Majority Leader Eric Cantor signed up with an investment bank for an immediate $1.4 million signing bonus. Senator Jeff Flake didn’t run for re-election because he was so unpopular among Republicans, but he now has positions at CBS News and Harvard. Former Speaker Paul Ryan pushed an unpopular agenda and lost the GOP majority in 2018. Rather than running for re-election, he abandoned the colleagues he failed and took a board position at Fox which he uses to oppose President Trump. All these men could have saved their political careers by taking a harder stand on immigration, but that would have limited their future rewards. No nationalist, politically incorrect, anti-immigration politician can expect a cushy berth after political losses.

Even Beltway conservatives rely on the “liberal media” and the “liberal elite” they supposedly oppose. They have a “safe space” that they enjoy within the political system, quibbling about the details of liberal policies without challenging them. What they end up “conserving” is leftism and its taboos, especially about race. If anyone violates the permissible limits, he loses his job, as the unfortunate CRC employee just learned. Sam Francis, Peter Brimelow, John Derbyshire, Scott McConnell, Joe Sobran, and many others learned the same lesson. Peter Brimelow and John Derbsyhire at an American Renaissance conference.

Of course, there is one notable exception: President Trump. Whether he’s complaining about immigration from “sh**hole countries,” musing about shooting illegals, or praising Americans who insult journalists, President Trump often says things far harsher than anything we would publish. It’s certainly more “extreme” than anything Michelle Malkin ever said. President Trump has even tweeted data about race and crime. (The difference is our numbers are accurate.) President Trump recognized that antifa contributed to the violence in Charlottesville in 2017. One conservative group fired a young staffer (who was not there) for making essentially the same point.

And yet, conservative organizations must keep defending President Trump himself. They keep explaining away or ignoring statements they would fire their employees for making. And so, we have an absurd situation. There is a desperate need for rational discussion about race, nationalism, and identity within the conservative movement. However, you can’t start that discussion and keep your job. At the same time, Beltway conservatives mostly defend President Trump, even when he makes statements I think are crude. Conservative organizations raise money by denouncing leftist excesses, usually about race, sex, or immigration. But instead of fighting back on the same ground, they groom students and activists for opposing “big government.”

I’m not sure what “big government” means since the Civil Rights Act of 1964 made every American’s private behavior a potential federal case. Conservatives are either fools or liars when they tell us “private companies” can ban anyone they like. That hasn’t been true for 55 years. The Trump Administration has every right to defend the Anglo-American cultural norm of free speech — and defend it against corporate power. If the president doesn’t, our freedoms will be at the mercy of academics, journalists, internet princes, and politicians who think China is a model.

President Trump often makes big promises but doesn’t act. If he does not ensure free speech online and on social media, no one else will. Movement conservatives certainly won’t. They fire staff who exercise free speech; will they complain if Twitter bans someone they’ve just fired? And without dissident content creators rousing support for him, President Trump will almost certainly lose what is already an uphill re-election fight. I suspect that’s what many in the Beltway secretly want, just as in 2016. And if President Trump loses, the same groups that defend him now will treat him as they do Michelle Malkin. They will say he wasn’t a “true conservative.”

What comes next? Conservatives who think Nikki Haley or Mike Pence could save the day are dreaming. The demographics are too far gone, with even Texas now a battleground state. Media censorship would be overwhelming, without even the check of potential presidential action. White Americans would face a crisis for which conservatism has no answers.

Many people openly tell whites they hate us and want us dead. We should probably take them at their word. I don’t want to live under a system that subjects our people to this. I’ve exhausted my patience with conservatives who want to keep propping it up.

I know many young conservative movement staffers are reading this. Take my advice: Do what good you can. Keep your head down, mouth shut, and convictions private until you know for sure what you want to do with your life. Don’t do anything reckless. Your bosses will show you “no quarter” if liberals — who hate him anyway — call him names on a blog. However, you have just this one life, the hour is late, and you have a duty. How you fulfill that duty is your choice.

We white advocates are the one group that has no stake in the existing system. We’re so dangerous that the censors won’t even let us speak, because in a real marketplace of ideas, we win. We don’t want to “conserve” a system that’s destroying us. If you join us, I can’t promise we’ll win. However, unlike Beltway conservatives, I can promise winning is exactly what we want.

Mr. Hood is a staff writer for American Renaissance. He has been active in conservative groups in the US. You can follow him on: Gab.
< Man Arrested in Brutal Beating of Detroit Nursing Home Patient Captured on Video
Ex-Border Force Chief Says Migrants Crossing English Channel Are ‘Major Threat’ to UK Borders >
Blog
Commentary
Videos
Podcasts
Follow us