Chick-fil-A CEO Dan Cathy wants white Christians to apologize for racism. “We as Caucasians, until we’re willing to just pick up the baton and fight for our black, African-American brothers and sisters — which they are as one human race — we’re shameful,” Mr. Cathy said at an evangelical event in Atlanta last week. “Our silence is so huge at this time,” he added, “we cannot be silent.”

He then shined the shoes of a black Christian rapper named Lecrae. The Chick-fil-A executive said this was an expression “of a contrite heart, of a sense of humility, a sense of shame, a sense of embarrassment” over racism.

Mr. Cathy’s fast-food chain has a reputation for being conservative. It used to donate to groups that opposed gay marriage. Not anymore.

Now, his company supports the George Floyd protests. “Racism should have no place in society. Not now, not ever. It cannot be tolerated,” an official Chick-fil-A statement read. “Our hearts are breaking, for our black Team Members, Operators and Staff and all those in the Black community who are suffering and who have suffered for too long because of racism.” The company sent a message from Mr. Cathy demanding that “wealthy families” use “our power and influence.”

The church continues to support traditional marriage and oppose abortion, but it is fully in line with liberals on race. The convention apologized for slavery in 1995, which drew withering mockery of Sam Francis. The SBC condemned the alt-right in 2017, declaring the movement’s “white supremacy”  a “scheme of the devil.” 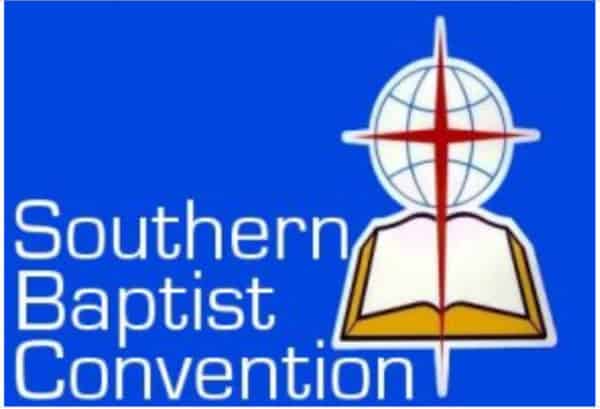 This strategy isn’t helping the denomination. This year, the Southern Baptist Convention reported a 2 percent drop in membership, the largest in more than a century. Church leaders are now adopting an even more leftist line on race. The convention recently hosted a “60 Minute Conversation on Race in America” panel discussion in which the participants said the protesters were engaged in “spiritual warfare.”

Dr. Russell Moore is the SBC’s president of the Ethics & Religious Liberty Commission. He has campaigned against “racism” in the denomination for years and frequently criticizes Donald Trump. Not surprisingly, he complained about the president’s response to the riots: “Pelting people with rubber bullets and spraying them with teargas for peacefully protesting is morally wrong.” His says “racism” is a sin.

Famous conservative evangelical Pat Robertson also criticized President Trump: “It seems like now is the time to say, ‘I understand your pain, I want to comfort you, I think it’s time we love each other,’ but the president took a different course.” 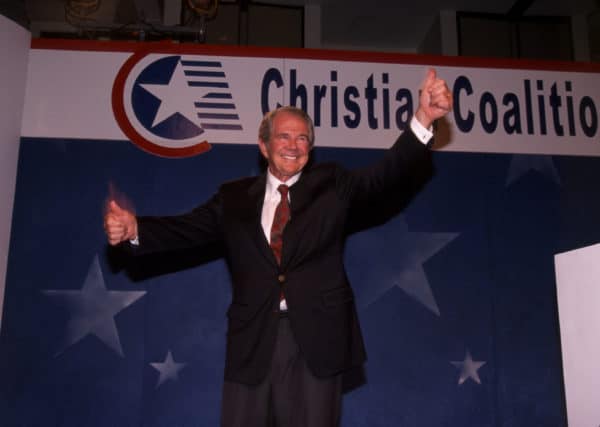 Ordinary white evangelicals may actually agree with their leaders. Mr. Trump’s support among white evangelicals dropped by over 10 points after the first week of demonstrations. This is a crucial voting bloc the president can’t afford to lose.

White evangelicals should learn about BLM’s position on their faith. Prominent activist Shaun King wants all images and statues depicting a white Jesus to be destroyed. That would eliminate most Christian art in the West.

All murals and stained glass windows of white Jesus, and his European mother, and their white friends should also come down.

They are a gross form white supremacy.

They should all come down.

Several churches were burned or vandalized during the riots, including St. Patrick’s in Manhattan and St. John Episcopal Church across from the White House. Rioters repeatedly attacked the Cathedral Basilica of the Immaculate Conception in Denver, spray-painting it with anti-Christian and anti-police slogans, smashing windows, and permanently damaging the doors. Last weekend, mobs in San Francisco and Los Angeles toppled statues of St. Junipero Serra, a 18th-century Franciscan missionary to New Spain. Black Lives Matter is explicitly opposed to conservative Christian values. Many of its leaders support abortion, and the group’s official manifesto promotes radical gender theory and “disrupt[ing] the Western-prescribed nuclear family structure.” There are no traditional family values to be found in BLM.

It seems that Evangelicals would rather shine the shoes of people who despise them than defend the people who sit in their pews.

Robert Hampton is a contributing editor at American Renaissance. He is a Middle American who chose to wake up.
< A Country Not Salvageable
Kansas State in Chaos After One Student’s Tweet >
Blog
Commentary
Videos
Podcasts
Follow us