Killer Cop Says He Shot Justine Damond Because He was ‘Startled’ Killer policeman Mohamed Noor has said he was ‘startled’ by his victim Justine Damond seconds before he opened fire.

The cop has told friends about why he gunned down the bride-to-be, 40, in his first account of what happened Saturday night.

DailyMail.com has spoken to those friends to reveal for the first time his account of what happened that night.

The fact Noor has disclosed the events of the evening to friends will raise questions over his conduct.

The Minnesota Bureau of Criminal Apprehension (BCA), which is investigating the shooting, said in a statement Tuesday that he had declined to be interviewed and that his attorney had not said if or when an interview would take place.

However, many of the key parts of Noor’s narrative gel with the version of events released by the BCA, who had interviewed his partner, Matthew Harrity.

Justine was unarmed and had called 911 caller to alert police to what she believed may have been a rape taking place in the alley behind her home.

Speaking on the condition of anonymity, a friend of Noor told DailyMail.com that the officer had opened fire when an unidentified figure emerged from the dark and ran towards the vehicle.

The officer said he was not sure what the person was carrying and momentarily opened fire through his driver-partner’s open window.

It was confirmed that Justine’s cell phone was found alongside her during the tragedy. 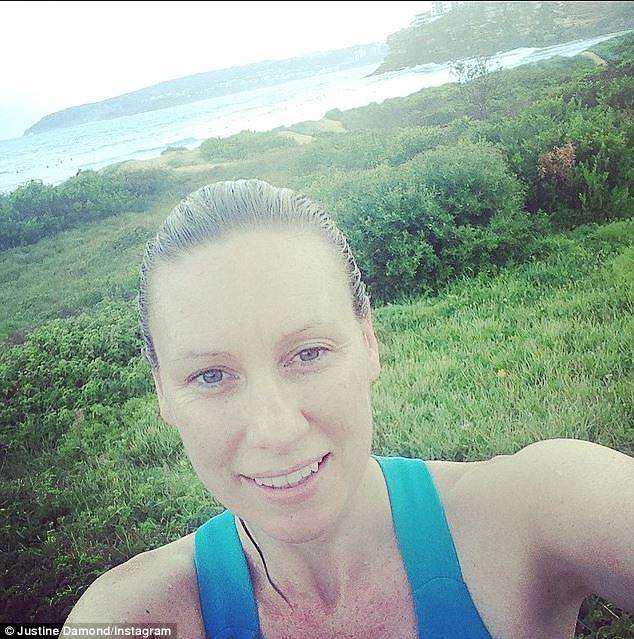 Noor told associates it was dark and the situation was already tense as the caller had been ‘panicking’ when making the 911 call reporting an assault in the alley beyond where Justine lived with her fiancé and his son.

The squad car, driven by his partner Matthew Harrity traveled hastily down the unlit alley between Washburn and Xerxes avenues south from West 50th Street toward West 51st Street.

Crucially, the vehicle did not have its lights on and this may have been so as not to give any suspect notice that police had arrived and buy precious time to apprehend the target. That the car was unlit was disclosed by Harrity to the BCA.

Both Noor and the BCA’s version of events agree on the car’s lights being off.

According to Noor’s version when they reached the end of the alley, they came across a waiting, panicking figure.

It was dark, and the figure was moving around and approached their vehicle.

Noor said he did not know whether the figure who rushed towards their vehicle was the 911 caller or even if it was a man or woman.

He fired his weapon through Harrity’s open driver’s window hitting his victim once in the abdomen.

Both he and Harrity gave CPR to the victim before help and back up arrived, but she was pronounced dead at the scene.

The friend said: ‘Mohamed believes he acted to protect himself and his colleague, but accepts since that she was not armed.

‘It was over in seconds and it was a very tense moment. He is sorry for the woman and her family.

‘But he would never have opened fire without genuinely feeling in danger.’

The officer, who is now suspended form the Minneapolis P.D., feels he has been ‘thrown under the bus’ by his Minneapolis police colleagues, the friend said.

‘He is aware that they normally come together at times like this and support each other with slogans like ‘Blue Lives Matter’.

‘But in this situation he has realized he is probably alone with his legal team and Somali police colleagues.

‘He feels like he is being thrown under the bus and his colleagues are accusing him of not showing proper police conduct on Saturday night.

‘His feeling is ‘I am an immigrant, a Muslim and not white… but that is OK as I know the Somalian community and friends will support me.’

Friends say they would soon be starting fund raising to help meet his legal bills among the Somali community.

They said the reason he had not given an interview to the state Bureau of Criminal Apprehension, which is probing the shooting, was that he had been given legal advice not to.

Some of his friends have been shocked at some of the online abuse he has been receiving, however, with remarks claiming Justine would not have been shot by the Somalian-American officer if she had been ‘wearing a burka or hijab.’

Minneapolis Mayor Betsy Hodge said: ‘We do have more information, though it’s frustrating to have some of the picture but not all of it.

Police said Harrity had indicated he heard a loud sound near his car, in the seconds before his partner Noor opened fire.

Investigators are searching for a cyclist who may have important information about the shooting.

He was white, male and aged between 18-25 and may have stopped and seen the aftermath as medical assistance was applied.

Neither Noor or Harrity, who had three years police service between them, had activated their body cams.

Noor said this was because they were not yet out of their vehicles and had only been at the scene for a short time.

But Noor was in breach of his own police department’s strict bodycam rules and now faces severe punishment, even if exonerated and could lose his job for not following the guidelines.

The officer knew he was compelled to switch on his body camera and record his interactions when answering a 911 call to reports of a sexual assault.

Department policy says it should be switched on for ‘any search’, and crucially, ‘prior to any use of force’.

Justine’s fiancée Don described her death as a ‘homicide’ and supporters are calling for a federal investigation into her death.

The lawyer for one of the US police officers involved in the shooting death of Australian Justine Damond says it is ‘certainly reasonable’ his client feared he was the target of an ambush.

Minneapolis lawyer Fred Bruno, who represents Officer Matthew Harrity, pointed to the recent execution of a New York police officer gunned down as she sat in her car.

‘It’s certainly reasonable to assume that any police officer would be concerned about a possible ambush under these circumstances,’ Mr Bruno told the Minneapolis Star Tribune newspaper.

‘It was only a few weeks ago when a female NYPD cop and mother of twins was executed in her car in a very similar scenario.’

NYPD Officer Miosotis Familia was shot in the head on July 5 while sitting in her car in the Bronx.

The ‘twin cities’ of Minneapolis and St Paul have been rocked in recent years by police shootings, putting the community and law enforcement on edge.

Last month a police officer was acquitted after he shot Philando Castile during a traffic stop while Castile’s girlfriend live streamed the horrifying incident.