Who Got Rid of Chesa Boudin?

Since at least 2018, George Soros and his network have spent over $100 million to elect district attorneys who are soft on crime. These DAs were behind “catch-and-release” policies that encouraged endless rioting in 2020, and brought on crime waves in many big cities. Last night, the most radical of these DAs, San Francisco’s Chesa Boudin, was recalled, with 60 percent of voters supporting his removal.

City residents are fed-up with crime, and it’s hard to blame them. The website NeighborhoodScout assigns cities a “crime index” in which 100 is the safest and the most dangerous is zero. San Francisco gets a four.

On a different measure, this is how the city stacks up against California and the rest of the nation.

Unpunished shoplifting is so common that since 2019, Walgreens closed 17 of its San Francisco stores, while Target began closing all of its stores early.

Headlines show how bad things got:

What coalition of voters brought down Chesa Boudin? There do not seem to be good data on the racial mix of the vote. However, Asian support of the recall appears to have been strong and decisive. Yahoo News reported that, “Boudin enjoyed his strongest support in inner-core neighborhoods like the Mission and Haight-Ashbury, but he was decisively rejected by wealthier whites in enclaves like Pacific Heights as well as by Asian Americans in redoubts like the Richmond.”

The recall campaign’s website includes a “Victim’s Stories” section that lists criminals who should have been locked up but whom Chesa Boudin let out to prey on the innocent. The named victims are:

Six of the nine are Asian. The one white victim “shares” her story with an Asian woman who gets a photo: The recall campaign was chaired by an Asian woman, Mary Jung. The website says:

His [Chesa Boudin’s] failure has directly resulted in increased crime against Asian Americans. The number of anti-Asian crimes has increased more than six-fold, but he is refusing to prosecute violent attacks as hate crimes and has allowed perpetrators to get away with only misdemeanor charges. This leaves AAPI communities in San Francisco injured, traumatized, and in danger of further attacks.

The black mayor of San Francisco, London Breed, quietly backed the recall, probably because opposing it would hurt her reelection chances next year. Brooke Jenkins, a black prosecutor, was a prominent supporter of the recall . . . and she is considered the favorite to replace Mr. Boudin. But blacks who don’t live in San Francisco publicly supported Mr. Boudin: Jesse Jackson, Donald Glover, and John Legend. 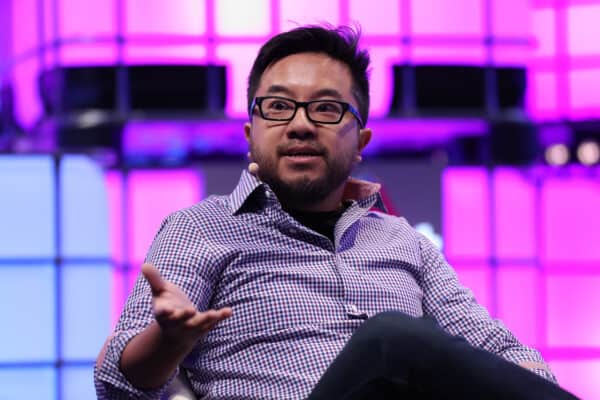 Many analysts think Asians don’t vote Republican in high numbers because they see the GOP as the party of white Christian zealots. But when an election or initiative is about racial issues, such as crime or quotas, as opposed to cultural issues, such as abortion and gay marriage, Asians often swing Right. Helen Raleigh, writing for The Federalist, noted:

This year San Francisco’s Asian voters were the driving force behind the two successful campaigns that first recalled three leftist school board members.

The last time the GOP won the national Asian vote was in 1992, with 55 percent, when crime was high and the Los Angeles race riots had ended only a few months earlier. That year, in California, Asians voted Republican at a higher rate even than whites:

That was still true four years later, though less so:

The Republican position on social issues and foreign intervention repels many voters, but recalling a District Attorney is a referendum on crime, and on that, Asians seem more willing to take their own side than whites.

It is interesting, too, that only San Francisco has recalled its “progressive”  Soros-backed DA, or equivalent. Many other places have one: St. Louis (Kim Gardner), Illinois (Kim Foxx), Philadelphia (Larry Krasner), Portland/Multnomah County (Mike Schmidt), and Los Angeles (George Gascón). None of those has an Asian population nearly as large as San Francisco’s: 36 percent. Also, San Francisco is only 5.6 percent black and 15.2 percent Hispanic. Every other place with a Soros-backed District Attorney has more blacks, more Hispanics, or more of both.

Asians may not be reliably conservative, but it looks like they can be a valuable ally in fighting the worst of woke madness.

Chris Roberts is the Director of Special Projects at American Renaissance. You can follow him on Gab.
< An Imperium of the Mind
Amber Heard Verdict Sends a Message to Black Women Everywhere >
Blog
Commentary
Videos
Podcasts
Follow us