Our country is divided by irreconcilable differences.

In my last two videos, “They Really Hate Us,” and “Separation is the Solution,” I talked about the fierce hatred that so many Democrats have for Donald Trump and for anyone who voted for him. Although this hatred takes the form of a political division, it’s really a racial division. For Democrats, contempt for Trump supporters goes far beyond political disagreement because for Democrats it’s a moral – almost a religious – divide. They can’t stand the idea that 74 million Americans voted for a man they spent four years telling us is a fascist.

When disagreement becomes this bitter, there’s no hope for reconciliation. Separation is the only solution. Race is the most serious fault line in America, so I believe separation should be along racial lines. However, there are proposals for political separation that would, for the most part, fall along racial lines.

The most promising of these is for what would be called Greater Idaho. This would expand Idaho’s borders to include several counties from Oregon and Northern California, with the new border outlined in yellow on this map: This change could be worked out by the state legislatures and would not require any action by Congress. It would not be secession and it would not be the creation of a new state.

The parts of California and Oregon that would join are heavily Trump-supporting areas that are now ruled by very leftist Democrat state governments. The people in those counties would be much happier under the conservative, Idaho state government rather than suffering under ultra-liberal domination from Sacramento or Salem.

Oregon and California would lose territory if Greater Idaho were established. However, since the Democrats who run those states hate Trump supporters, they should be happy to see those horrible people leave.

As you will see if you go to GreaterIdaho.org, the people behind this proposal have thought it through carefully, right down to how the public debt of the three states would be handled after the border changes. 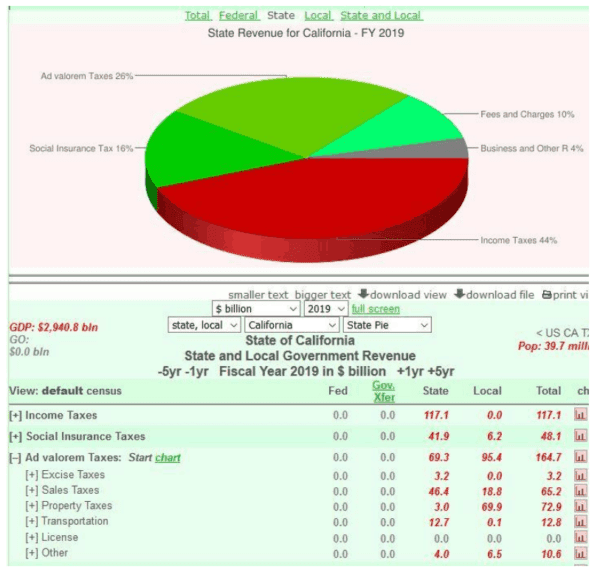 Idaho is already 90 percent white. Greater Idaho would probably be even whiter. It would still be within the United States, and couldn’t have its own immigration policy, but it would be conservative, Christian, heavily armed, and have minimal welfare and other handout programs. It would not be the kind of place immigrants like, and would stay white for a long time.

People in the Pacific Northwest have been talking for years about an independent country to be called Cascadia, which would be a union of Oregon and Washington states with the Canadian province of British Columbia. Cascadia would be majority white, but would have terrible political divisions. Aggressively liberal Portland, Seattle, and Vancouver would rule over conservative rural areas. Secession would be much harder than redrawing state boundaries, and trying to take a piece of Canada makes the whole thing twice as complicated.

Many people in Texas are sick of being pushed around by the federal government. Last Tuesday, a Republican state legislator named Kyle Biedermann promised to introduce legislation that would let Texans vote on whether to secede from the United States. He cited the Texas constitution: “the people have the inalienable right to alter, reform or abolish their government.” He wants out. If they ever get the chance to vote, it would be interesting to see how many other Texans also want out. This week, after the Supreme Court refused to consider a suit brought by Texas and 17 other states to overturn some of the results in the presidential election, the chairman of the Texas republican party, Allen West, said that Texas and the other states should secede.

Vermont and New Hampshire have had sporadic independence movements, but haven’t made much progress. Even so, there is so much bitterness in this country, stoked largely by race-based identity politics that this year, Encounter Books published this title: American Secession: The looming threat of a national breakup.” Anything on this scale will take time, though, and we can’t wait. Racially conscious white people can build their own communities in small white towns in conservative parts of the country. If enough of us moved there, we could be a big influence on city government. A dedicated minority can be politically very influential, and can become the majority. More and more white people see just how despised they are, and are waiting for someone else to make the first open move on race.

The pioneers in a white community might be retired people, whose pensions or social security would follow them. They could spend their time volunteering, getting to know local leaders, working on political campaigns. Once a town got a reputation, more people would come.

If we make united, self-consciously white communities, everyone will thrive, but it would be wonderful for families with children. Children are impressionable and conformist. It’s all very well to say we should all homeschool our children, but not everyone can do that. And once your sons and daughters are in the hands of liberal school teachers, there is no telling what they will end up thinking.

Imagine local schools run by AmRen readers. Of course, we would have to follow state law. If students had to get lectures on Martin Luther King, no problem. We have plenty to say about Martin Luther King. Imagine knowing that when your children visited the homes of schoolmates you knew they’d be with healthy people – not lunatics.

There is no reason we couldn’t start up like this in several places in the country.

America has always had communities of like-minded people, but they don’t spring up by accident. People have to build them. The Amish and the Shakers and Mormons had religious motives. Surely faith in our people can be just as strong. In New York State, there are three towns that are now 100 percent Orthodox Jewish: Monsey, Monroe, and New Square. These are communities of 10 to 20 thousand people.

Orthodox Jews either started from scratch or, in the case of Monsey, just started buying whatever came on the market. Now, property owners won’t sell to anyone who is not Orthodox, but only the Orthodox want to buy houses there anyway. The schools are Orthodox, the mayor is Orthodox, if you call a plumber, he’ll be Orthodox. These towns do not have police forces because the only crimes are parking violations. Parents have the perfect set of institutions within which to rear children, and Orthodoxy has a guaranteed future.

There is no reason racially conscious whites can’t do the same thing. Yes, once the yahoos figured out what was happening, there would be handwringing and indignant articles. If some busybody progressive wanted to buy a house, you couldn’t stop him. But the fact is, once a town had a reputation as a “nest of fascists,” no busybody would want to move in. You would have to be very careful not to break anti-discrimination laws, but everything necessary for real white communities can be achieved within the law.

Moving is a huge commitment, but anything of real value is a commitment. If you ever sacrifice for anything, it should be for the future of our people.

This is something we can do. We don’t need legislators to redraw state lines. We have work to do, and waiting won’t make it any easier.

Jared Taylor is the editor of American Renaissance and the author of Paved With Good Intentions, White Identity, and If We Do Nothing.
< After Lee, It’s Lincoln’s Turn
Verified Hate: We’re the Ultimate Tyrants >
Blog
Commentary
Videos
Podcasts
Follow us