Man Is Arrested and Charged with Murdering Playboy Model

A man recently released from prison was arrested Wednesday in the strangulation slaying of a model in one of Philadelphia’s affluent Main Line suburbs, authorities said.

Jonathan Wesley Harris, 30, of Johnstown, was arrested as he got off a bus in Pittsburgh, Lower Merion Township police and the Montgomery County prosecutor said. 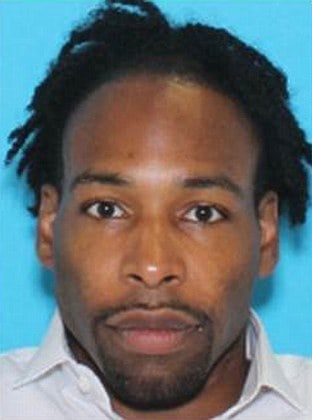 Harris, who reportedly has family in Philadelphia, was charged with first, second and third-degree murder along with robbery, theft and related offenses in the August 22 slaying of Christina Carlin-Kraft, 36, in Ardmore.

Officials said Kraft took a ride-hailing service to Philadelphia, met Harris and the two later returned to her Ardmore apartment, into which she had moved the previous week.

Authorities said a tipster pointed them to the defendant after surveillance images were released. The tipster said Harris had indicated in text messages that he had just met a woman and was at her Ardmore residence early on August 22.

Kraft’s body was found in her bloodstained bedroom that evening after police went to check on her welfare. An autopsy indicated that her nose was fractured and she died of ligature strangulation.

According to CBS, Harris sent a text to a friend saying: ‘I just met this sexy a** white b**** at her house in Ardmore now.’

An attorney wasn’t listed for Harris in court documents. A listed number for him couldn’t be found.

Kraft was laid to rest at a funeral service in New Jersey on Wednesday.

Among the mourners was the 36-year-old’s father Stuart who greeted others outside the Ventor church after the service.

On Monday, pall bearers carried her out of the church in a white casket and placed it in a hearse adorned with flowers.

Kraft was murdered four days after being burgled by Andre Melton.

On August 17, the model went out and ‘blacked out’ after ordering an espresso martini at the Sofitel hotel.

The next day, she felt ‘extremely sick’ after waking up in the same clothing she had been wearing the night before.

She knew she ‘did not give anyone permission to enter her residence or permission to take her property’, according to Melton’s arrest warrant.

Surveillance footage from August 18 of her looking unsteady on her feet and being held up by a man as she returned home seemed to corroborate the story.

The video, according to police, showed her falling but being picked up and placed into the elevator to head to her second-floor apartment.

The man was then filmed leaving her home with a box of goods.

Melton was later charged with criminal trespass, burglary, and receiving stolen property when Kraft’s designer accessories and jewelry were recovered on his property. He has not been implicated in her death.

‘She loved to be around people and she liked to enjoy herself with people and that’s what I think occurred. I think that somebody saw her happiness and took advantage of that.’