Threats to Americans posed by international terrorists and violent transnational gangs have increased in recent years. In addition, recent congressional hearings have highlighted the extreme levels of violence faced by members of America’s ethnic immigrant communities at the hands of gangs, such as MS-13, due to border security and immigration law enforcement failures. Nevertheless, mayors of “Sanctuary Cities” continue to shield illegal aliens — and the foreign criminals and terrorists among them — from detection, with some now filing lawsuits against the Trump administration in response to Attorney General Session’s intentions to cut funding to those cities.

Those mayors want federal funds but blithely refuse to assist the federal government in enforcing immigration laws that are key elements of national security and public safety.

That lawsuit and the statements of Mayor Rahm Emanuel reported on in that article. rise to a level of chutzpah that far and away surpasses the traditional example of chutzpah: the young man who, having been convicted of the murder of his own parents pleads for mercy at sentencing because he’s an orphan. 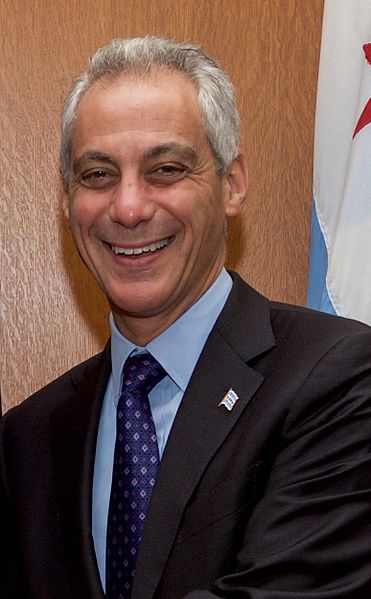 “Sanctuary Cities” should actually be referred to as “Magnet Cities” because they attract illegal aliens and the transnational criminals and fugitives and international terrorists to live in ethnic immigrant communities endangering the lives of those very same immigrants “Sanctuary mayors” claim they want to protect.

Additionally Third World illegal alien workers have Third World expectations of wages and working conditions, creating a “race to the bottom” for all workers who face illegal and immoral competition from those illegal aliens.

America’s borders immigration laws have nothing to do with race, religion or ethnicity.

Where border protection is concerned, the aptly named CBP (Customs and Border Protection) has an annual budget in excess of fourteen billion dollars and employs more than 60,000 people Including Border Patrol agents who are charged with interdicting smugglers/human traffickers and their illicit cargo of smuggled aliens and contraband that evade the inspections process at ports of entry.

CBP Inspectors are responsible for enforcing and administering our immigration and customs laws at ports of entry.

Where aliens are concerned, That vital inspection process is guided by Title 8, United States Code, Section 1182 which enumerates the categories of aliens who are to be excluded.  Among these classes of excludible aliens are those who suffer from dangerous communicable, diseases or extreme mental illness as are convicted felons, human rights violators, war criminals, terrorists and spies.

This creates an obvious threat to national security and public safety.

Aliens who evade the inspections process are violating serious federal laws and, if that alien had been previously deported and has been convicted of committing serious crimes may face up to 20 years in prison.  The relevant section of law is Title 8 U.S.C. 1326 — Reentry After Deportation (Removal).

It is noteworthy that the crime of Reentry After Deportation is the most frequently prosecuted violation of federal law.  On a personal note, this is especially satisfying to me, I approached Senator Alphonse D’Amato in the early 1980’s to convince him to create the separate crime of unlawful reentry by criminal aliens with a maximum penalty of 20 years of incarceration.

The 9/11 Commission Staff Report on Terrorist Travel detailed numerous failures of the immigration system that enabled terrorists, and not only the 19 hijackers who participated in the terror attacks of September 11, 2001 but many others as well, to enter the United States and embed themselves as they went about their deadly preparations.

The preface of that official report began with this paragraph:

It is perhaps obvious to state that terrorists cannot plan and carry out attacks in the United States if they are unable to enter the country. Yet prior to September 11, while there were efforts to enhance border security, no agency of the U.S. government thought of border security as a tool in the counterterrorism arsenal. Indeed, even after 19 hijackers demonstrated the relative ease of obtaining a U.S. visa and gaining admission into the United States, border security still is not considered a cornerstone of national security policy. We believe, for reasons we discuss in the following pages, that it must be made one.

Page 54 of this report contained this excerpt under the title “3.2 Terrorist Travel Tactics by Plot.”

Because terrorist operations were not suicide missions in the early to mid-1990s, once in the United States terrorists and their supporters tried to get legal immigration status that would permit them to remain here, primarily by committing serial, or repeated, immigration fraud, by claiming political asylum, and by marrying Americans. Many of these tactics would remain largely unchanged and undetected throughout the 1990s and up to the 9/11 attack.

Thus, abuse of the immigration system and a lack of interior immigration enforcement were unwittingly working together to support terrorist activity. It would remain largely unknown, since no agency of the United States government analyzed terrorist travel patterns until after 9/11. This lack of attention meant that critical opportunities to disrupt terrorist travel and, therefore, deadly terrorist operations were missed.

Sanctuary cities not only aid, abet and encourage illegal aliens to enter the United States illegally and remain here thereafter illegally, these cities also harbor them and shield them from detection by ICE (Immigration and Customs Enforcement).  In so doing these cities are not only in violation of Title 8, U.S.C. 1324(a) but are also obstructing the enforcement of our immigration laws that are, as the 9/11 Commission noted, essential to protecting the United States against terror attacks.

Mayor Emanuel and other sanctuary city mayors fatuously and deceptively argue that if police officers work with ICE that illegal aliens who fall victim to crime, or have important information about criminals, will not come forward for fear that ICE will deport them.

This lie vilifies immigration agents, endangering their safety and undermining their effectiveness by discouraging illegal aliens and, perhaps others, from providing them with vital information to combat human traffickers, members of violent transnational gangs and international terrorist organizations.

Although it is rarely, if ever, reported in the media, there are specific visas that can be provided to illegal alien crime victims if they cooperate with law enforcement providing a strong incentive for them to cooperate with police and other such agencies.

This was a key issue at a Congressional hearing at which I testified in 2004 on the topic:

Pushing The Border Out On Alien Smuggling: New Tools and Intelligence Initiatives.

Politicians who are truly concerned about the vulnerability of illegal aliens crime victims should order their police departments to work with ICE to make certain that these aliens are helped.

Mayors who argue that they are protecting the “Constitutional rights” of illegal aliens, ignore the fundamental and irrefutable fact that illegal aliens have no right to remain in the United States in violation of our immigration laws.

They should read the CBP Mission Statement.

For most crimes, the venue for the prosecution is determined by where the crime is committed.

A criminal who robs a bank in Texas and drives to Chicago must be extradited back to Texas to be prosecuted.

However, an alien who reenters the U.S. after deportation may be prosecuted wherever he/she is apprehended because the venue for that prosecution is determined by where the alien was arrested and not where he/she ran the border.

The crimes of Entry Without Inspection and Illegal Reentry after deportation, are known as “Continuing offenses.”  Such aliens do not magically somehow become “less illegally present” if they can get from the border to a place at significant distance from the border.

There is no “inverse square law” where this crime is concerned.

When police respond to a call that a bank robbery is in progress, they are certainly not told to not pursue the suspects if they manage to leave the bank before the police get there.

Aliens who run the borders, not unlike those bank robbers, are “fair game” wherever they are caught.  Furthermore, they must be caught because they violated our borders and our laws that are our first and last line of defense against international terrorists, transnational criminals and others whose presence is a violation of our laws and our nation’s sovereignty.

Although known criminal aliens should be prioritized no illegal alien, even those with no known criminal history should ever feel safe from discovery, arrest and deportation (removal) to deter illegal entry.

Additionally, terrorists and fugitive are generally scrupulously careful to not violate laws that would call attention to them- this is an embedding tactic the 9/11 Commission warned about.

Politicians who support “Sanctuary Cities” must find no “Sanctuary” from voters on Election Day.