Centrist Emmanuel Macron has gone through to the second round of the French election, where he will face far-right leader Marine Le Pen.

Mr Macron, a former banker, is seen as a political newcomer – and ran without the backing of an established party.

After topping Sunday’s vote, he is now favourite to win the run-off on 7 May.

It is the first time in six decades that neither of France’s main left-wing or right-wing parties has had a candidate in the second round.

The nearest challengers, centre-right François Fillon and hard-left Jean-Luc Mélenchon, fell behind with just over 19% each. But several political rivals are now expected to unite behind Mr Macron in the run-off vote, in a bid to keep Ms Le Pen’s Front National (FN) from power.

At 39, Mr Macron could become the youngest president France has ever had – and the first president in the Fifth Republic who does not belong to a major party.

He secured 8.4 million votes – more than any other candidate – in the first round.

His campaign promises include:

In a victory speech to supporters, Mr Macron borrowed language favoured by his rival to describe himself as the patriotic choice for France.

“I hope that in a fortnight I will become your president. I want to become the president of all the people of France – the president of the patriots in the face of the threat from the nationalists,” he said.

Ms Le Pen took over the FN leadership from her father in January 2011 and helped her party secure big gains in regional elections. She won 7.6 million votes on Sunday – the strongest ever result for a FN candidate, and 2.8 million more than her father, Jean-Marie Le Pen, won for the FN in 2002.

Her party wants to slash immigration, clamp down on free trade, and overturn France’s relationship with Europe.

Her campaign has called for:

Following the first round results, Ms Le Pen made an “appeal to all patriots”, saying a vote for her was the key to the “survival of France”.

“Wherever they come from, whatever their origin, whatever they voted for in the first round, I invite them all to join us and to abandon ancient quarrels and to concentrate on what is essential for our country,” she said.

Correspondents say the next head of state is almost certain to be Mr Macron, as most other parties are now backing him.

But Mr Macron may struggle to get enough of his candidates elected to parliament – where more established parties, such as the Republicans and the Socialists, currently have the most seats.

Without a majority, Mr Macron would have to negotiate to have his policies approved through the assembly – which could be challenging.

Benoît Hamon, the candidate of President Hollande’s Socialist Party who failed to make an impact in the first round, urged those who voted for him to support Mr Macron in the next stage. Mr Fillon has done the same.

However, Mr Mélenchon has not endorsed either candidate yet. 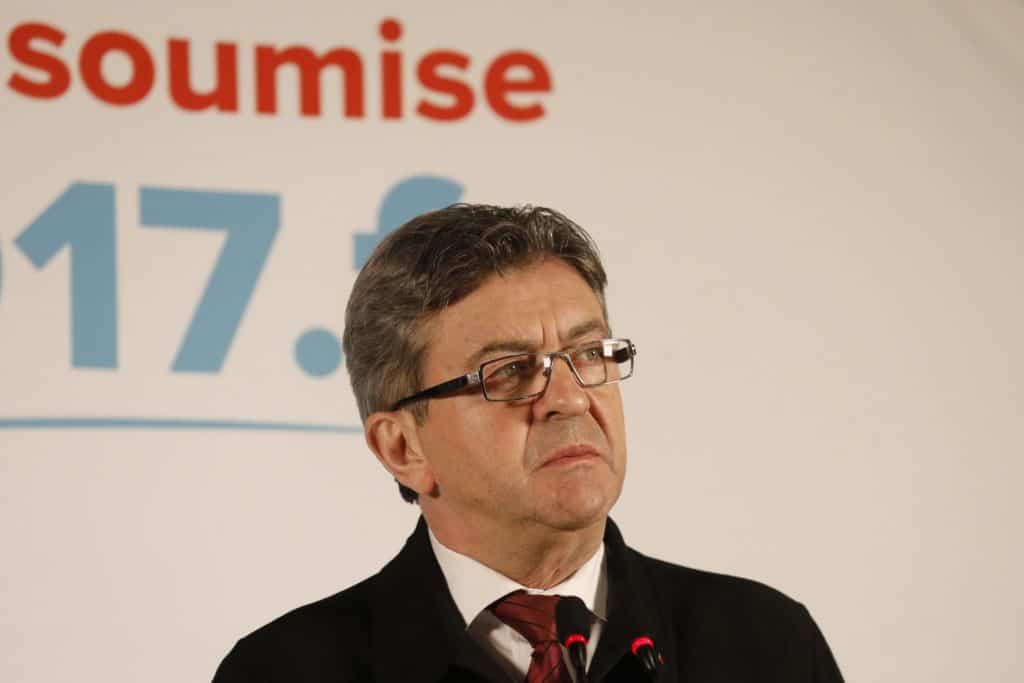 Some voters are unhappy with both candidates – hundreds took part in “anti-fascist, anti-capitalist” protests on Sunday night, opposing both Ms Le Pen and Mr Macron.

Analysts and world leaders have been watching the election closely – after the Brexit vote in the UK and election of US President Donald Trump challenged liberal values and the political establishment.

Many European leaders are now congratulating Mr Macron on the first round results – as they are keen to strengthen the union after Brexit.

Mr Macron addressed the nation in front of an EU flag as the results came in – something noticed by both pro and anti-EU politicians.

German Chancellor Angela Merkel’s spokesman, Steffan Seibert, tweeted: “It’s good that Emmanuel Macron was successful with his course for a strong EU and social market economy. All the best for the next two weeks.”

“The result is the hope and future of our generation,” she tweeted.

Anti-EU politicians, on the other hand, have congratulated Ms Le Pen for making the second round.

Dutch MP Geert Wilders, who leads the anti-immigration Freedom Party, said the results were a “bright day for patriots in France and elsewhere who want more national sovereignty and less EU and immigration”.

Topics: Elections, Europe, France
< Tijuana Homicides Soar to 411 in 2017
Oxford: You Might Be Racist if You Don’t Make Eye Contact with a Minority >
Blog
Commentary
Videos
Podcasts
Follow us