Baylor moved Tuesday to dismiss a federal lawsuit filed in January by a former student who claimed to have been gang-raped by a pair of football players in 2013. In addition, her complaint alleged 52 “acts of rape” committed by the school’s football players between 2011 and 2014.

Those numbers were far higher than the eye-opening figures cited by school regents from the report of an outside law firm, which found that 17 women had reported 19 incidents of sexual or domestic assault by Baylor football players since 2011.

“Elizabeth Doe” alleged in her complaint that on April 18, 2013 – an annual date known as “Diadeloso” (“Day of the Bear”) at Baylor and marked by a lack of classes and an encouragement of social interaction – she was raped by two freshman football players, Tre’Von Armstead and Shamycheal Chatman, and that Baylor ignored the situation. She also claimed that her position as a member of the school’s female recruiting team, called the Baylor Bruins, contributed to the incident. 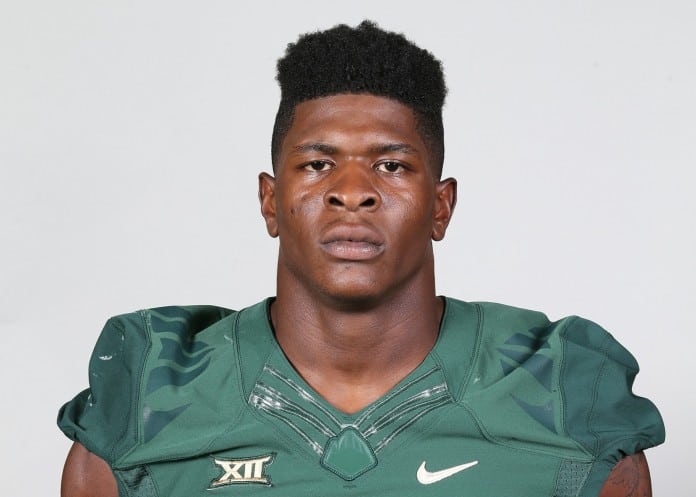 “Baylor’s recruiting policies and practices, along with the Baylor Bruin football hostess program, directly contributed to the creation of a culture of sexual violence that permeated Baylor and from which Ms. Doe would soon suffer,” the lawsuit stated.

The lawsuit also contended that Kendal Briles, a former assistant football coach and son of former head coach Art Briles, told a recruit, “Do you like white women? Because we have a lot of them at Baylor, and they love football players.”

More broadly, the lawsuit claimed that “Baylor football players were responsible for . . . the most widespread culture of sexual violence and abuse of women ever reported in a collegiate athletic program.”

Armstead and Chatman were arrested last week and indicted in connection with the 2013 incident. Another former Baylor football player, Sam Ukwuachu, had a sexual-assault conviction overturned last week by a Texas appeals court, with the case remanded for retrial. Two other ex-Bears, Tevin Elliott and Shawn Oakman, have been convicted of and indicted on rape charges, respectively, in an ongoing scandal that has cost the jobs of Briles and other senior Baylor officials and spawned numerous lawsuits.

On Friday, lawyers for 10 women (in addition to Doe) who are suing Baylor for its alleged indifference to their rapes by football players filed notice to subpoena materials from Pepper Hamilton’s investigation into the school.