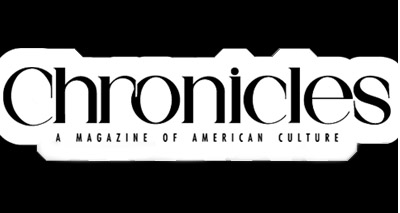 The rise of the Alt-Right and the not-unrelated election of Donald Trump were certainly big stories of 2016. But decades before anyone had ever heard of an Alt-Right, veterans of the racial dissident movement had stressed issues such as immigration, demographics, the menace of Islam and crime, which have finally come to the fore and could define American politics for the foreseeable future. Hardly anyone cares about capital gains taxes or budget earmarks anymore.

Mr. Trump called for a border wall, deportations, and a ban on Muslim immigration, and Breitbart’s Steve Bannon helped do what legions of well-paid Republican strategists could not: defeat a Democrat in a national election by appealing (however indirectly) to white interests.

But these ideas and issues didn’t appear out of nowhere. They had been bubbling beneath the surface for at least 30 years. Jared Taylor and Peter Brimelow are rightly credited with being the elder statesmen of what is now called the Alt-Right. It is hard to see how this movement would have taken off without their years of often lonely struggle on issues involving race and immigration. But another voice — now all but forgotten — deserves an honorable mention.

The monthly magazine Chronicles was my entry into the world of forbidden thought. The Rockford, Illinois-based publication started covering immigration and identity in the mid-1980s. This was less than 20 years after the 1965 Immigration Act (which took effect in 1967) had opened the US up to the Third World. The various civil rights acts of the 1950s and 60s had also opened up white neighborhoods, schools, and institutions to blacks. The US was changing rapidly, and not for the better. Chronicles was the first semi-mainstream publication to cover these issues frankly since after National Review — which had been a strong voice for sanity in the 1960s — capitulated to the left on race and immigration.

Immigration and the American Identity

Chronicles was the home of Samuel Francis’ column “Principalities and Powers.” Until his death in 2005, Francis developed his themes of anarcho-tyranny, Middle American Radicals, the Stupid Party, and the managerial state in greater detail in Chronicles than he could in his syndicated newspaper column. He became nationally known for slashing, uncensored essays on race, immigration, and the cultural war on whites. Much of the credit for giving him this major platform for his views goes to Chronicles editor Thomas Fleming, who himself was no stranger to controversy on these issues.

Critiques of immigration appeared in Chronicles at least as early as June 1985, with an article by Clyde Wilson that attacked the notion of the US as a “City Upon a Hill,” a favorite idea for immigration boosters. But the March 1989 issue, devoted to immigration, threw down the gauntlet, and Chronicles was permanently exiled from mainstream conservatism. In an essay called “The Real American Dilemma,” Dr. Fleming hit on themes often raised by today’s dissidents:

It is conventional to speak of the great contributions made by immigrants and at the same time to deplore the unpleasant reception they were given by the WASP population. No one ever seems to carry that argument back to the reception the Indians usually tried to arrange for the European settlers pushing into their territories.

There is, after all, an American story that is primarily a saga of enterprising men and women who came here from Europe. The language and culture, as well as the legal and political systems, were derived from Britain. This way of life of ours is not the result of any great principle, it is the legacy of our forebears and a civilization that goes back to Greece and Rome. . . . [A] United States dominated by Third World immigrants will be a very different nation in its cultural and economic life.

Conservatives want to open the door to Cubans and Nicaraguans, while leftists give shelter to Salvadorans and blacks. What both groups are saying, in essence, is that they would like the United States to turn into Nicaragua or Haiti. . . . But we must never forget that immigration policy is the most significant means of determining the future of our nation, and we owe it to our children not to squander their birthright in spasms of imprudent charity.

These common-sense observations caused outrage in 1989. Funding for Chronicles dried up and publications such as National Review began attacking the magazine and its writers as “racists” and “anti-Semites.” But defiance on these key issues helped the magazine build up a solid base of 15,000 subscribers.

Chronicles never retreated on race, immigration, and identity throughout the 1980s and into the late 1990s. It helped break the Martin Luther King plagiarism scandal in 1991, and established the John Randolph Club in 1990. The club was supposed to be a forum for the two main wings of paleoconservatism: libertarians in the mold of Murray Rothbard and Lew Rockwell, and “Old Right” conservatives represented by Francis, Dr. Fleming, Paul Gottfried, E. Christian Kopff, and others. Chronicles defined the paleoconservative movement, and several books have taken note of its importance in conservative intellectual history, including The Conservative Movement (1993) by Paul Gottfried and Revolt from the Heartland by Joseph Scotchie (2002). It was one such book, David Frum’s Dead Right (1994), that made me aware of the magazine.

Chronicles is still around but seems to have lost much of its influence. Even dissidents rarely mention it. A somewhat confused essay on race by editor Chilton Williamson (Dr. Fleming left a few years ago) spurred some controversy in February 2016, but the magazine is largely absent from today’s debates. Judging from the website (I let my subscription lapse years ago), Chronicles still gets it right on most issues. It supports Trump as well as the Muslim ban and immigration restriction in general. It has no time for feminists, political correctness, multiculturalism, or the liberal establishment in academia and the media.

Even though it helped kick-start a dormant discussion of race, immigration, and American identity over three decades ago, Chronicles is now uncomfortable with heretical thoughts on race. From the previously mentioned essay by Mr. Williamson:

The conservative instinct for national and cultural self-preservation is a profoundly human one, essential to every society and to civilization itself. But the aims of white separatists are geographical and political impossibilities, while the dreams of white supremacists are doomed by the demographics of the rapidly self-shrinking white world and by the facts of modern political life and the culture of the modern West, and of other cultures. White nationalism is the final resort to unreality by people frustrated by the futility of their appeals to majoritarian white societies whose own highly attenuated connection with reality at least allows them to recognize the mental world white nationalists inhabit for the hopeless fantasy it is.

Does Mr. Williamson expect us to save Western Civilization but to pretend it was not created by white people and would not wither without us?

Real dissidents pay no attention to such ideas, and we will have to fight on without much help from the current Chronicles crowd. Still, the magazine deserves immense credit for taking a brave stand when no one else would, and for providing Sam Francis with an intellectual home. Any researcher or historian looking for the roots of today’s racial dissident movement will find a great deal of interest and significance in the Chronicles back issues from 1985–2005.

Peter Bradley lives in Washington, D.C.
< Jorge Ramos vs. Tucker Carlson: “The White Population Is A Minority,” United States “Our” Country
Hungary Is Building Up an Army of Up to 3,000 Border Guards Trained in Judo and Firearms to Keep Out Migrants >
Blog
Commentary
Videos
Podcasts
Follow us