Baltimore Media: Whom Can You Criticize?

Journalists often demand that people who disagree with them be fired, but it’s unusual for them to go after a colleague.

Corrupt Baltimore mayor Catherine Pugh has resigned. On May 2, local television reporter Mary Bubala noted that Mayor Pugh was Baltimore’s third black woman mayor in a row. Two of them, she said, had resigned. (Sheila Dixon left after an embezzlement conviction in 2010. Her successor, Stephanie Rawlings-Blake, presided over the 2015 riots.) “Is this a signal that a different kind of leadership is needed to move Baltimore City forward?” asked Miss Bubala.

The next day, Nicki Mayo, former president of the Baltimore Association of Black Journalists (BABJ) was outraged on Twitter. She was “cringing and cursing” and was “not even sure I want to hear the excuse.” A few hours later, Miss Bubala apologized via tweet, saying she was “devastated” and “deeply sorry.” The question she had asked “did not come out the way I intended.” 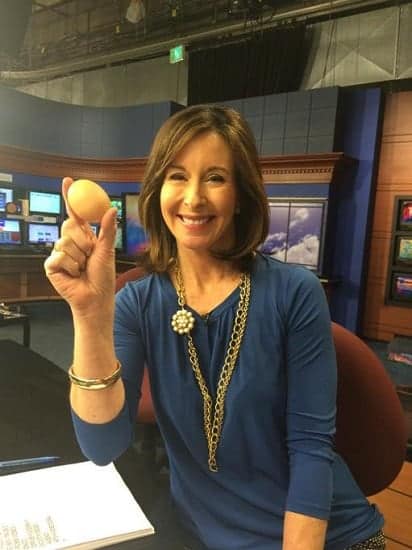 On May 6, the Baltimore Association of Black Journalists (BABJ) again condemned her “racist and sexist” statement, and said Miss Bubala’s apology wasn’t enough because it wasn’t on air. (Miss Bubala says she was “not allowed” to apologize on air.)

“The question implies race and gender are qualifiers in one’s ability to lead while also demonizing African Americans and women as poor leaders,” the BABJ said. “We feel certain Bubala would not have asked this same question of white male leadership.”

Maybe she wouldn’t have, but plenty of others already have.

Shiloh Ballard, “a white woman who is in an ongoing learning process,” recently wrote a column in the San Jose Spotlight called “Step aside white men. It’s time for women of color to lead.” “They are qualified and don’t need much other than you to step aside,” she wrote.

Mixed-race television host Trevor Noah said this to Bernie Sanders: “Some people have said, alright, you have a diverse field, but it feels like the frontrunners are still old white men. Isn’t this a time for you guys to step aside?” Slate called this “a question that’s been on many voters’ minds.”

“If Democrats are looking for fresh, new faces, why are these septuagenarian white guys so popular?” asked The Los Angeles Times. Andra Gillespie of Emory was quoted in the article as say that “the Democratic Party would have some serious soul-searching to do if three white men are still at the top next January.”

“White Men Have Good Reason to Be Scared,” proclaimed The Nation. “We’re coming for their power.”

“To the White Men Running to Be the Democratic Presidential Candidate: Can You Not?” asked The Daily Beast. Author Alexis Grenell had this advice for Robert “Beto” O’Rourke and other white candidates:

[M]aybe find a way to support a more qualified candidate like Stacy Abrams, who registered a record number of African-American voters, while serving as the first black woman minority leader of the Georgia House of Representatives and eventually running for governor herself.

The Huffington Post has similar advice for companies: “Are There Only White Men at Your Leadership Meetings? If So, Your Business Is in Trouble.” Same thing for entertainment. “There’s Nothing Wrong with Jordan Peele Not Wanting to Cast White Male Leads,” declared a guest blog in The Wrap.

The Dickinsonian, the student paper of Dickinson College, said it best. “Should White Boys Still Be Allowed To Talk?” asked Leda Fisher in a February 2019 column. “I am so g****mned tired of listening to white boys.”

The BABJ is obviously wrong: People constantly say white men should move aside. They are the only people whose fitness — as a class — can be questioned.

One day after the BABJ’s statement, general manager Audra Stain reported that “Mary Bubala is no longer a WJZ-TV employee.” The station “apologizes to its viewers for her remarks.”

“I now stand in the path of the tornado,” declared Miss Bubala, wondering how she would face the future with no job. Countless other whites who were fired because of a politically incorrect slip-sup no doubt felt the same way. They may have no racial consciousness. They may be actively “anti-racist.” They may feel ashamed. But that doesn’t save them.

Miss Mayo of the BABJ said that despite the apology, Miss Bubala must have been expressing her true feelings because “the mouth speaks the truth of the heart.” She also rejected the “lie” that the city’s plight can be blamed on its leadership: “Baltimore City is struggling under the weight of decades of historical divestment, systemic inequality, redlining, and a disconnect between the people in power and those who are being impacted by their decisions.” Who is in power but blacks?

The Baltimore Sun’s greatest alumnus and America’s greatest journalist, H.L. Mencken, famously said that “democracy is the theory that the common people know what they want, and they deserve to get it good and hard.” Mencken could never get a media job today.

Now, neither can poor Miss Bubala. It’s not just democracy, but diversity that rules majority-black Charm City. The state of that crumbling metropolis proves that it is getting it “good and hard” — but if you value your job, you better not ask why.

Mr. Hood is a staff writer for American Renaissance. He has been active in conservative groups in the US. You can follow him on Gab.
< White House Increases Temporary Work Visa; Proposes Keeping Immigration Flat
Baltimore: Black-Run America >
Blog
Commentary
Videos
Podcasts
Follow us