Charles Blow is the strongest voice for white identity politics at the New York Times. He exposes the campaign of dispossession being waged against whites; this inspires whites to defend their racial interests. Mr. Blow even warns whites they face “extinction.” Most importantly, unlike “respectable” conservatives, he understands that demography is destiny, and that power, status, and wealth all flow from racial organization.

Every white American should read his column on “White Extinction Anxiety.” Mr. Blow quotes four paragraphs from Patrick Buchanan’s description of the decline of whites in the nation they created. Mr. Blow then cites recent data from the Census Bureau showing that young whites are already a racial minority, and that “America will soon be a majority-minority country.” Mr. Blow closes with another quotation from Mr. Buchanan in which he defines the term “ethnomasochism,” or “the taking of pleasure in the dispossession of one’s ethnic group.” Mr. Buchanan notes that ethnomasochism is something new in American history.

Quoting Patrick Buchanan is more informative than anything published by the New York Times’s opinion section in decades, so Mr. Blow deserves our thanks. More importantly, research shows white identity increases when whites are told they are becoming a minority. The biggest enemy of white advocates is not the media, antifa, or hostile governments, but the complacency of whites who have always lived in a white society and assume its norms will continue indefinitely. Every time Mr. Blow shocks a white American into awareness, he has done us a service. 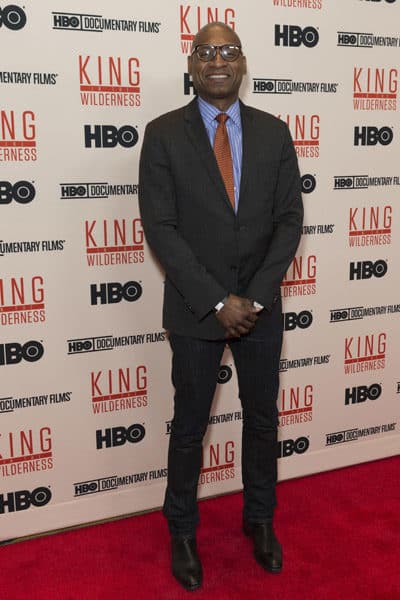 Of course, Mr. Blow mocks any fear of becoming a minority. He sneers at “this panic over loss of privilege and power.” For whites to resist dispossession is “racist,” “xenophobic,” “draconian,” and “medieval.” This is hardly an argument. Yet the history of white minorities from Haiti to South Africa shows that white advocates’ fears are well-grounded. Indeed, a person of any race who wants America to continue as a reasonably functional modern society (unlike Haiti or South Africa) should think about racial demographics.

Mr. Blow asserts President Trump’s policies are part of a rearguard action to defend “whiteness” from population change, and an attempt to perpetuate white political power. Donald Trump’s supporters “conflated America with whiteness, and therefore a loss of white primacy becomes a loss of American identity.” We are to assume that such thinking is historically and morally wrong.

Yet if America is not defined by “whiteness,” what does define it? Mr. Blow certainly does not think about America the way whites do. Less than a month ago he wrote that the foundational American holiday, Independence Day, “had nothing to do” with him or his fellow blacks.

Today is #Juneteenth, African-American Independence Day. July 4, had nothing to do with us. Today I will be grillin’ and chillin’… pic.twitter.com/GNSw48F7zA

The Founding Fathers and of most Americans throughout history “conflated America with whiteness.” In what must be one of the most lurid summaries of the historic grievances of blacks, Mr. Blow appears to think that the United States is defined by hatred of blacks. Because of all this, he says, “Many black people see themselves simultaneously as part of America and separate from it, under attack by it, and it has always been thus.” That may well be, but it doesn’t give him special authority to lecture us about national identity or to tell us we have a duty to give our country away.

Mr. Blow and other “progressives” could argue the white America of the past is gone, and that the new America is multicultural, multiracial, and multilingual. Whether such a collection of people still counts as a “nation,” let alone something meaningfully connected to the historical America, is a different question. Even to define Americans simply as people with US citizenship would leave out non-citizen residents and illegal aliens — an inexcusable exclusion in the eyes of “progressives.” Clearly, anyone who can sneak into the country is as American as members of the Daughters of the American Revolution.

If Mr. Blow is determined to make America majority non-white, he might at least try to ease the fears of whites who don’t like the idea of “extinction.” Abolishing “affirmative action” — race-based discrimination against the soon-to-be minority — would be a step towards unity. Toning down media denigration of whites would be another. Condemning the disproportionate violence against whites by non-whites would be a sign of goodwill. Finally, denouncing the anti-white policies in countries such as South Africa and Zimbabwe might show some concern for a one-time majority that might not look forward to becoming a minority. Is Mr. Blow capable of the slightest sympathy for whites, or is he completely blinded by animus?

Mr. Blow’s publishing history has little to say about black identity or how blacks can help their communities. Instead, his career is defined almost exclusively by resentment of whites, and especially of Donald Trump.

There is a dreary predictability about his columns:

Without whites (and Donald Trump) to complain about, Mr. Blow would have nothing to say. He is relevant only to the extent that there are whites who love to be told they are evil. And without liberal whites who made him an affirmative-action mascot, Mr. Blow wouldn’t have a job.

And yet, Mr. Blow understands politics better than the race-blind respectable right. Everyone fears the loss of “privilege and power.” Mr. Blow is trying to make whites sound diseased for wanting to remain a majority, but, stripped of his contempt for us, all he is saying that is that “politics exists.” Even this is superior to the political happy talk passed off by most contributors to National Review. They don’t (or pretend not to) understand what Mr. Blow does: Race is destiny in American politics.

We should therefore welcome Mr. Blow’s voice. We may be opponents, but we understand each other. We understand what is at stake. We understand that for white Americans, the choice is between identity or extinction.

Mr. Hood is a staff writer for American Renaissance. He has been active in conservative groups in the US. You can follow him on: Gab.
< Who Still Believes in Integration?
How Can You Tell It’s Over for Liberals? >
Blog
Commentary
Videos
Podcasts
Follow us