More Deaths Than Ever

And who gets the blame?

Simon Gratz High School is a charter high school in Philadelphia. Its students wear uniforms, and the website brags about its STEM honors program and AP classes.

Just last month, four people with connections to the school were shot in just a few days: three current students and a recent graduate. One survived. The school took a day off.

Last school year, five students were shot and killed, and nine more were shot and wounded. The school has a memorial space for murdered students and offers counseling. As Principal Le’Yondo Dunn explains, “We have gotten exceptionally good at knowing what to do, and how to offer help when a young person loses his life . . . . We have gotten really good at that.” 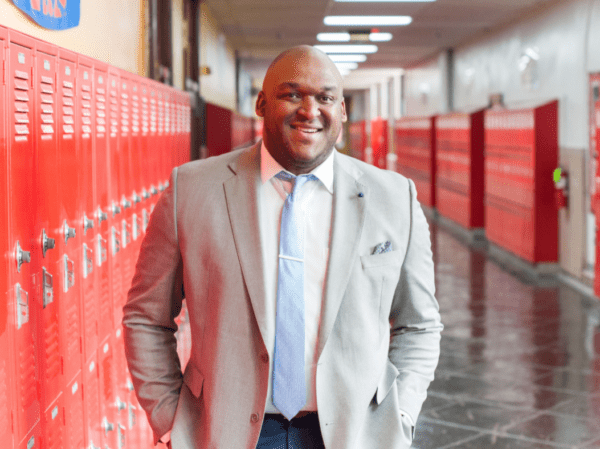 What’s it like going to a school where someone gets shot once a month? In 2012, Simon Gratz High School was taken *off* the “Persistently Dangerous Schools List.” What was it like before that?

There is a pattern here. As an article at American Thinker notes, there have been 14 school shootings in the county so far this academic year and from what it’s possible to learn from the news stories, not one of the gunmen has been white.

This is a pattern a lot of people have missed. American Thinker also noted excited commentary on the latest school shooting just a few days ago in Arlington, Texas. Erica tweeted: “They’re already making excuses for the shooter. ‘He got in a fight with someone.’ Okay, but who chooses to shoot people? White males are a problem.” Her joy didn’t last long. About 20 minutes later, she tweeted, “Oh fuck. He’s a POC.” Where could she have got the idea that school shooters are always white?

Young non-whites are much more likely than whites to be murdered – and it’s almost always by other non-whites. According to a Chicago Sun Times database, 112 young people ages 0 to 19 were killed in the city during the last12 months. Eighty-four were black, 22 were Hispanic, and only two were white. Chicago is typical. Here are age-adjusted figures for the whole country for 2017: firearm-related death rates per 100,000 for young men ages 15 – 19 of different races. Just look at the blue bars for now. They are homicides – killings. The homicide death rate of 58.9 per 100,000 for blacks was 16 times the white rate of 3.7, and the Hispanic rate was 3-1/2 times the white rate. In social science, differences of 20 or 30 percent can be significant. These numbers are staggering. Here are total suicide rates for ages 15 through 19 for each race but also by sex. American Indians of both sexes had the highest teenager suicide rates, but white boys– second from the left – killed themselves at about the twice the rate for black boys – who are just to their right. From the top, it’s Indians, whites, the whole country, and then clustered at the bottom are blacks, Asians, and Hispanics. Whites kill themselves at about the twice the rate of blacks, Hispanics, and Asians, and have for decades.

This is a fascinating graph of how blacks and whites use firearms. People can complain about guns all they like, but what really matters is who is using them and how. Last year’s homicide statistics from the FBI show that blacks kill people at nearly nine times the rate of everyone else in the country. Shouldn’t that be a subject for national lamentation and learned handwringing? Instead, you’re a lot more likely to find an article complaining about “racism in birdwatching” than one that even mentions the huge racial differences in murder rates. Any racial difference that suggests blacks are “excluded” is an indictment of white people, even though obviously no one is stopping blacks from looking at birds.

Let’s look at the numbers. Here are cumulative racial data on Covid cases right up to this month: October 2021. They are age-adjusted odds ratios for people of different races, compared to whites: whether they get Covid, were hospitalized for it, or died. Let’s look only at blacks and whites, since blacks are supposed to be the great victims of American racism. In each of the groups of bars, they are second from left, and the numbers are multiples of the white rate, which is the gray bar to the right.

So for cases, we see that blacks got Covid at only 1.1 times the white rate – even though they were said to be heroically at the forefront of the essential workforce, and despite having the lowest vaccination rate. They caught the bug, basically, no more often than whites. Where was the racism? But look at hospitalizations. They were 2.8 times more likely than whites to take up a hospital bed. They got sicker with Covid than whites did. Did “racism” make them get sicker? I don’t see how it could. Or was it higher rates of diabetes, obesity, general bad health, and biological differences between the races? If we look over at deaths, blacks died at twice the rate of whites. Because the death rate multiple of 2.0 is lower than the hospitalization multiple of 2.8, it means that even though blacks got sicker than whites with Covid and went to the hospital more often, once they get to the hospital, they were more likely than whites to recover and live. The American medical system certainly did not fail them. For whatever reason, it did them more good than it did whites.

I don’t see “racism” in any of these numbers, but this higher death rate will go down in history as proof that white people are racist.

Let’s end with suicide. If blacks were killing themselves at twice the white rate, it would be irrefutable proof of system-wide racism, that America is inherently, pervasively anti-black. But since whites kill themselves at twice the black rate, no one notices or cares. Indians kill themselves more often than anyone, but you don’t hear much about that, either. Americas favorite victims are black people. Or maybe Indians are too busy complaining about sports team names and Columbus Day to complain about suicide. But I can tell you this. Until the media – and our rulers – or do I repeat myself? – shut up about racism in birdwatching and talk about the huge racial differences in crime rates – and what to do about it – you can’t take seriously anything they say about race. Or about most anything.

Jared Taylor is the editor of American Renaissance and the author of Paved With Good Intentions, White Identity, and If We Do Nothing.
< What Really Happened at Charlottesville, Part II
From White Adversary to White Advocate >
Blog
Commentary
Videos
Podcasts
Follow us