Diversity or Standards: You Can’t Have Both

And the white man has got to go.

To America’s everlasting shame, the police arrest blacks and Hispanics at high rates. Diversity tells us all groups are equal, and requires equal outcomes, so what’s going on? The theory used to be that the police are racist, but if it really turns out that some groups are breaking the law more often than others, we must ask if the laws are racist.

And that’s where diversity wins and standards lose. Blacks and Hispanics shoplift more than whites or Asians, but it was an insult to diversity that they were arrested more often for it. And so, ever since 2014, in California, stealing something worth less than $950 is a minor crime for which police won’t arrest you. You might get a ticket, which you can pay if you feel like it.

Before that, shoplifters worried about being caught. They either had to be sneaky or rush around, and that wasn’t fun. [[0:47 – 1:03]]

Blacks, especially, refused to meet the standards that forbid shoplifting, so to heck with the standards. Now, there’s more shoplifting than ever. Since the new rules, Walgreens has closed 17 stores in San Francisco alone because of shoplifting. San Francisco now leads the country in property crime, including smash-and-grab theft from automobiles.

And it’s no surprise that U-Haul Prices for One-Way Moves Out of California Are Astronomical Right Now. As this article noted, it cost ten times more to rent a truck from LA to Phoenix than the other way. People are getting out of California.

Philadelphia just decided to change how it enforces the law against what it calls “quality of life crimes.” The city noted that “racial disparity does exist in certain types of car and pedestrian stops,” and so, for these crimes, officers are ordered to ask perps to stop — politely. If they stop, they are free to go. In other words, certain crimes are no longer crimes unless an officer asks you to stop and you keep doing them. Here’s the full list of these crimes, which includes public defecation, aggressive panhandling, blocking traffic, prostitution, all noise offences, and disorderly conduct. Disorderly conduct includes fighting, public drunkenness, and men who look in your windows while they expose themselves. All that will be legal unless a cop shows up, asks you to stop, and you keep doing it. And the same goes for dumping old furniture and bags of garbage in a park. This is supposed to be a pilot program. Better rent your U-Haul out of Philly while you can.

Paying your fare to ride the bus is another standard some people can’t meet. “In the first three months of 2017, the NYPD has arrested 4,600 people for fare evasion, an overwhelming 90 percent of them were black or Hispanic.” The ACLU IS blunt: So, the standard had to go, and turnstile jumpers get a ticket they can throw away – if the police even bother. And lo and behold this headline: “Fare Evasion on the Rise, Costing MTA Hundreds of Millions of Dollars.” Some $260 million to be exact.

Washington, DC did the same thing for the same reason, with this headline: D.C. Council decriminalizes Metro fare evasion: ‘I’m sad that Metro’s losing money, but I’m more sad about what’s happening to black people. Note the turnstile hopper. That heart-breaking quote is from a black DC Council member. Council Member Robert White said it’s too bad the system was already losing $40 million a year to cheaters, but if 91 percent of the people arrested for farebeating are black, then arrests have got to stop. Diversity or standards. Take your pick.

The East Coast was just catching up with San Francisco, which decriminalized fare beating in 2008 because the law was “racist.” And what happened? “Violent crime soars on BART, fare evasion costs $25M a year.” When you can just hop a turnstile to get in, criminals rob people in subway cars because they have no place to run. This is a nice way of saying that once anyone can walk into the system, bums and winos start living in it. You get to step over them as you go to work.

Carol Siemon, prosecutor in Ingham County, Michigan is outraged that blacks are 15 percent of the state population but 53 percent of the prisoners, so she’s going to stop enforcing one of the state’s gun laws. Michigan adds two years to your sentence if you carry a gun while you commit a felony, even if you don’t use the gun. But, oh no! Eighty percent of the people serving additional time for packing heat are black. So Miss Siemon says she’s not enforcing that law. No additional time for carrying a gun. Killings are on a record-breaking rise, but you mustn’t enforce a law if black people are more likely to break it.

So, we stop enforcing laws against shoplifting, farebeating, prostitution, dumping garbage in parks, and carrying a gun when you rape someone – only because black people are more likely to break those laws. Why stop there?

Even Wikipedia admits that Blacks accounted for 55.9 percent of all homicide offenders in 2019, which means they break laws against murder at a little over eight times the rate for everyone else. Sounds like a racist law to me. Stop enforcing it!

Other standards are racist. The internet is full of headlines like this: “The Racist History of Standardized Testing in College Admissions.” They are racist because blacks get the worst scores, followed by Hispanics, followed by American Indians, followed by whites. What the people who hate standards can’t explain is why Asians get the best scores. Nothing daunted, the Teaches College Press of Columbia University insists that “Dismantling White Supremacy Includes Ending Racist Tests like the SAT and ACT.” That’s why more than 1,000 colleges, including the entire University of California system have either ditched standardized tests or made them optional. Diversity comes first.

Same thing for the GRE, the standardized test to get into graduate school. Half of all physics and astronomy departments, and nearly as many molecular biology and neuroscience programs, no longer require them. There just weren’t enough blacks and Hispanics getting good scores.

United Airlines is distressed that 80 percent of its pilots are white men, so it now promises that Women and People of Color will be 50 percent of New Pilot Trainees. What’s more important in the cockpit: standards or diversity?

And don’t worry. The standardized test to get into medical school – the MCAT – could be on its way out too. The NIH are warning you of “The consequences of structural Racism on MCAT Scores and Medical School Admissions.” Can you think of any area in which standards are not crumbling in the name of diversity? 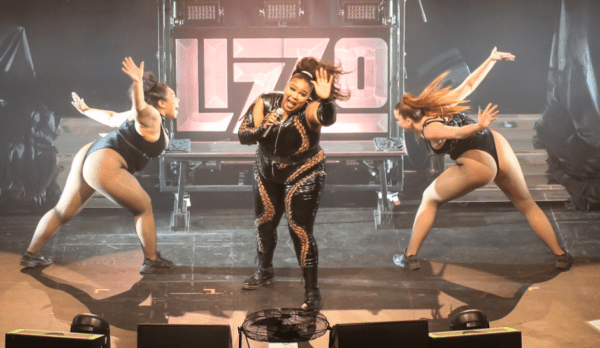 Diversity even comes before standards of historical accuracy, but only when it means shoving white people off the stage.

And let us not forget who are the pariahs in this subversion of standards. MIT just hired six new assistant deans for diversity, equity, and inclusion. Look at these happy new deans. Will they be zealously upholding the high standards MIT – at least used to be – known for? No. Their job is to subvert standards at every turn, and for one purpose: to try to keep people who look like me out of MIT.

It’s a strange fix the white man got himself into. The country is in a headlong rush to become less competent, less efficient, less orderly, and more crime-ridden, all while reviling and punishing the people who built the country and gave it its institutions. Will the day come when airfare out of the United States is 10 times the fare coming in?

Jared Taylor is the editor of American Renaissance and the author of Paved With Good Intentions, White Identity, and If We Do Nothing.
< US Gets Back to Granting Visas for Chinese Students
German Labour Chief: We Need 400,000 Immigrants a Year >
Blog
Commentary
Videos
Podcasts
Follow us