Saying the University of Utah has taken no responsibility for the death of their daughter and as a last resort to make the campus safer, the parents of Lauren McCluskey sued the school for $56 million Thursday.

Matt and Jill McCluskey say university police and campus housing officials failed to protect their daughter despite her repeated calls for help before her murder. 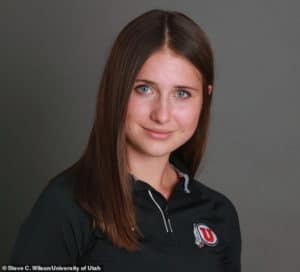 Lauren McCluskey, 21, was shot and killed on Oct. 22 near her campus dorm by Melvin Shawn Rowland, 37, a convicted sex offender who was on the Utah Sex Offender Registry at the time of the killing. Rowland and McCluskey had gone out on dates, but she soon discovered he had lied to her about his name and age.

When McCluskey found out who he really was, she told police that Rowland attempted to blackmail her by demanding money in exchange for not distributing intimate pictures of her.

From Oct. 10 until her death, McCluskey made multiple calls to the U. police department. She even called Salt Lake police in hopes of quicker action. But university police never conducted a full background check on Rowland, who had served many years in the Utah State Prison, and at least one call made by McCluskey to the officer assigned to her case went to voicemail because the officer was not on duty.

In one instance, she said, U. housing did nothing when her daughter’s friends reported that Rowland talked about bringing a gun to campus, and then “he brought that gun to campus and killed her with it.” A three-member independent review panel found numerous mistakes were made by the university and by campus police, but concluded that it was impossible to say whether McCluskey’s death could have been prevented.

McConkie said the panel made 30 recommendations for the university to “fix” the system that failed Lauren, yet University of Utah President Ruth Watkins said that the university’s report into the case does not offer any reason to believe this tragedy could have been prevented.

“If the university must pay a large amount for failing to protect Lauren, it will be more likely to believe women and act with urgency when their female students ask for help,” Jill McCluskey said.

McConkie said juries take seriously cases in which life and death are treated “casually” and are “willing to step forward and say, ‘This figure is large and it will put a stop to this kind of nonsense.”

The McCluskeys said that any money from the lawsuit would be placed in the Lauren McCluskey Foundation, a nonprofit organization that honors their daughter’s legacy by supporting charitable work that promotes campus safety, amateur athletics and animal welfare.

In addition to the university, defendants named in the lawsuit are the U. Department of Housing and Residential Education, the U. Department of Public Safety, police Chief Dale Brophy, police Sgt. Kory Newbold, detective Kayla Dallof, officer Miguel Deras, and U. housing employees Todd Justensen, Heather McCarthy and Emily Thompson.

[Editor’s Note: Earlier stories dealing with the murder of Lauren McCluskey are available here and here.]