In Los Angeles, Columbus Day is Toppled Like a Confederate Statue

Los Angeles has become the largest city nationwide to remove Columbus Day as an official city holiday, replacing it with a day to commemorate indigenous people.

The nearly unanimous decision Wednesday by the city council added Los Angeles to a growing list of U.S. cities to adopt similar measures, eliminating a holiday that many Native American activist groups and others see as offensive. The second Monday of October, a paid holiday for Los Angeles employees, will now be called “Indigenous Peoples Day.”

“The historical record is unambiguous in documenting the horrors Christopher Columbus and his men exacted on the native peoples he encountered,” Councilman Mitch O’Farrell, a member of the Wyandotte Nation, said in a statement before the 14-1 vote.

The move to rename the holiday faced fierce opposition from Italian Americans who see Christopher Columbus and his arrival in the Americas as an important part of their culture. Some opponents of the decision encouraged designating a day to honor indigenous and aboriginal peoples, while still observing Columbus Day.

O’Farrell compared these efforts to his proposal to replace Columbus Day.

“As statues aggrandizing the Confederacy topple across the South, so too should this symbol of oppression and genocide,” he said in a statement.

Activists across the country have made calls to take down statues of Columbus, such as New York City’s famous Columbus Circle statue. New York Mayor Bill de Blasio, a Democrat, faced backlash from the city’s large Italian American population for refusing to rule out removing the statue. 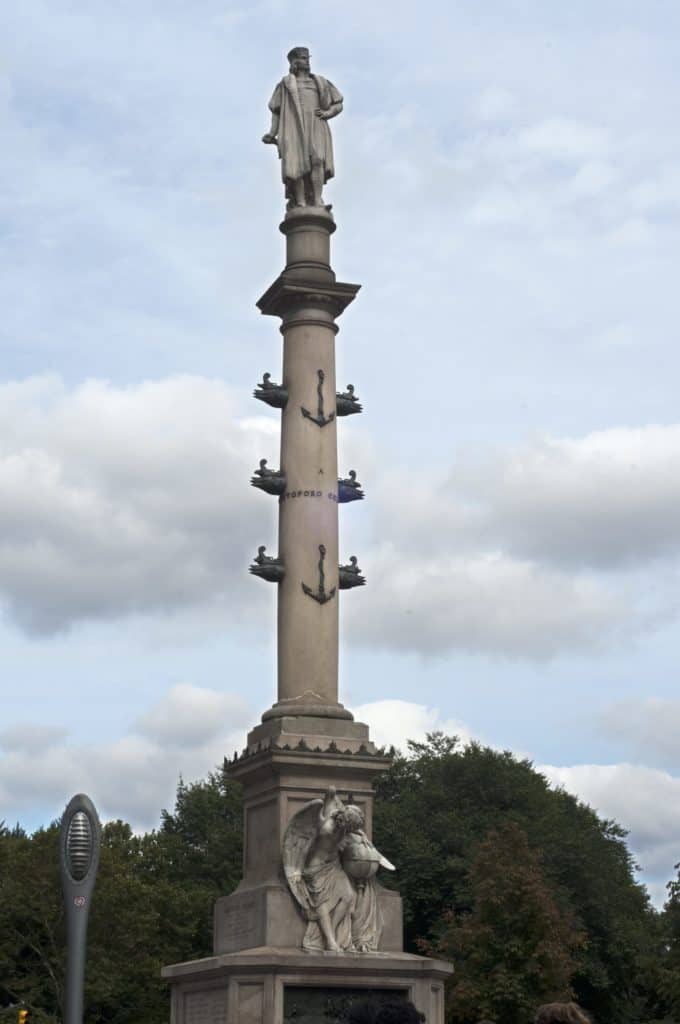 But de Blasio, an Italian American himself, said he will still be marching in the city’s annual Columbus Day parade.

Meanwhile, a statue of Columbus in Yonkers, N.Y., was found beheaded this week.

Other cities, including Minneapolis, Phoenix and Seattle have swapped the Columbus Day holiday with a day honoring indigenous peoples in recent years. The states of Alaska and Vermont have also adopted Indigenous People’s Day.

Wednesday’s decision came after an emotional, at times heated debate that pitted two city councilmen against each other — O’Farrell, who has close ties to his Native American roots, and Joe Buscaino, who is a first generation Italian American.

Buscaino, whose parents moved to the United States from Sicily, was the lone “no” vote, the Los Angeles Times reported.

He had suggested naming Aug. 9 as Indigenous Peoples Day and deeming Columbus Day as a day to celebrate the city’s various cultures.