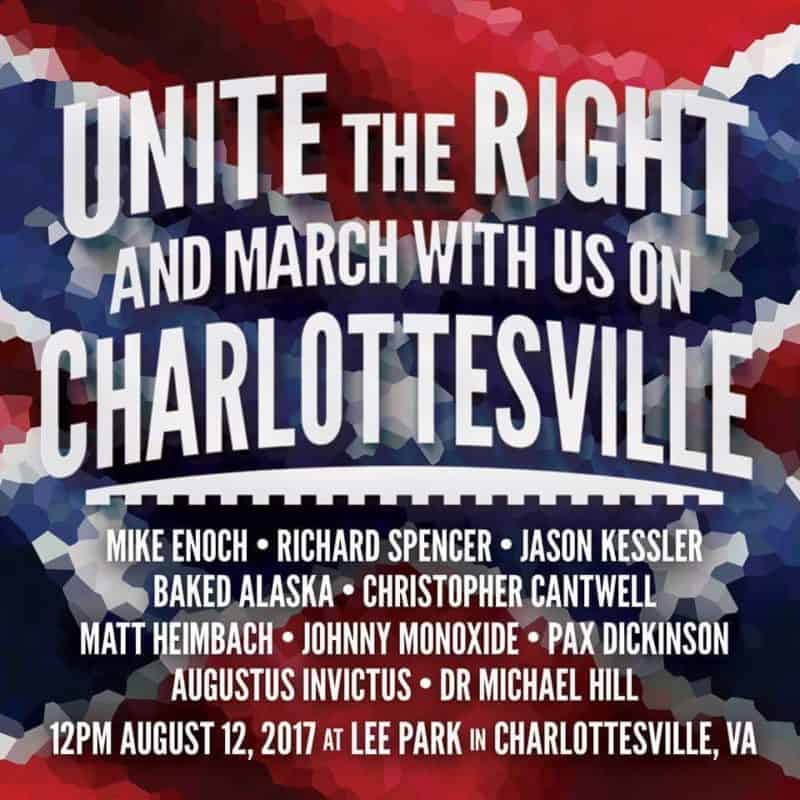 After a series of raw-throated public confrontations earlier this year, Charlottesville is bracing for an influx of white nationalists from across the country to Saturday’s “Unite the Right” rally.

But visitors might have a problem nailing down accommodations. As city leaders worked Monday trying to defuse an increasingly tense situation, the lodging rental company Airbnb quietly booted users who it believed were searching for lodging to attend the rally.

The company confirmed they had taken action in a statement to NBC29: “When through out background check processes or from input of our community we identify and determine that there are those who would be pursuing behavior on the platform that would be antithetical to the Airbnb Community Commitment, we seek to take appropriate action including, as in this case, removing them from the platform.”

“This is outrageous and should be grounds for a lawsuit,” Kessler told The Washington Post on Monday night. “It’s the racial targeting of white people for their ethnic advocacy.”

The location for the rally, Emancipation Park, was not chosen by accident. Until February, the 45,435-square-foot green space was originally known as Robert E. Lee Park. When renaming the public park, the Charlottesville City Council also voted to remove the statue of the Confederate general, but it remains in place because of a court injunction that halted its removal, The Post has reported. Another hearing on the matter is slated for later this month.

In May, white nationalists held a torchlit demonstration to oppose the state’s removal; counterprotesters held a candllight vigil the following evening.

“Unite the Right” is a further escalation of the culture war street theater that city leaders worry may be drawing more notice and participants.

The event’s speakers list is full of free speech provocateurs such as white nationalist Richard Spencer and Augustus Invictus, the self-professed “most dangerous Libertarian in America.”

Just how many attendees all the online attention will pull, however, has been guesswork.

Last weekend, a message popped up on a 4chan board about Airbnb pulling the accounts of Unite the Right goers, according to Gizmodo. “Today a wave of deactivations were handed to out to AirBnB users suspected of attending unite the right,” the 4chan post said. “The email sent to the banned users says they violated an unspecified term of service and that the banning was not reversible or negotiable.”

On Twitter, other attendees reported they also had been booted.

Airbnb’s statement confirming the move noted that in 2016 the company “established the Airbnb Community Commitment reflecting our belief that to make good on our mission of belonging, those who are members of the Airbnb community accept people regardless of their race, religion, national origin, ethnicity, disability, sex, gender identity, sexual orientation, or age.”

[Editor’s Note: Interestingly enough, this write-up, and several others about the same thing, failed to mention that Eric Holder now works for Airbnb. What a coincidence . . .]