Long After Protests, Students Shun the University of Missouri 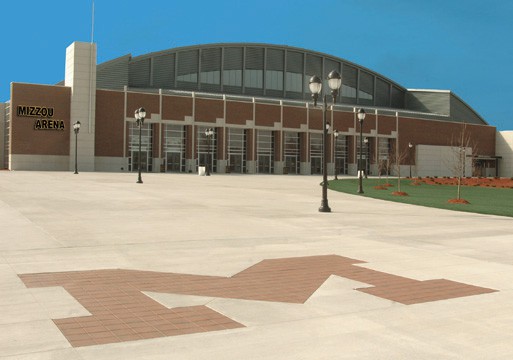 In the fall of 2015, a grassy quadrangle at the center of the University of Missouri became known nationwide as the command center of an escalating protest.

Students complaining of official inaction in the face of racial bigotry joined forces with a graduate student on a hunger strike. Within weeks, with the aid of the football team, they had forced the university system president and the campus chancellor to resign.

It was a moment of triumph for the protesting students. But it has been a disaster for the university.

Freshman enrollment at the Columbia campus, the system’s flagship, has fallen by more than 35 percent in the two years since.

Before the protests, the university, fondly known as Mizzou, was experiencing steady growth and building new dormitories. Now, with budget cuts due to lost tuition and a decline in state funding, the university is temporarily closing seven dormitories and cutting more than 400 positions, including those of some nontenured faculty members, through layoffs and by leaving open jobs unfilled.

Few areas have been spared: The library is even begging for books.

Students of all races have shunned Missouri, but the drop in freshman enrollment last fall was strikingly higher among blacks, at 42 percent, than among whites, at 21 percent.

A plant sciences professor, Craig Roberts, said that Missouri was suffering not because it was more racist than other places, but because the rage that had been repressed on other campuses burst into the open.

“It was sparked at Mizzou by Ferguson,” Mr. Roberts said.

Ferguson, Mo., of course, is where the killing of an unarmed young black man, Michael Brown, by a police officer in 2014 became a national symbol of tension between the police and minority communities. Ferguson, just a two-hour drive away, was still a fresh memory in September 2015, when Payton Head, the student association president, posted on Facebook that people riding in the back of a pickup truck had continuously screamed racial slurs at him.

The post went viral and the outcry escalated through what has become known in the protest world as “intersectionality,” grievances that gain potency by being bundled together. There were demonstrations against racism, and to support Planned Parenthood, which was under attack by state lawmakers.

Days later a drunken white student jumped onstage during a rehearsal by an African-American group and used a racial slur.

This was followed by the failure of the university president, Timothy M. Wolfe, to get out of his car to speak with demonstrators during the homecoming parade in October, drawing accusations of indifference. Then the swastika appeared.

A movement, Concerned Student 1950, commemorating the year the first black student was admitted to the university, grew out of the protests and set up a tent city. On Nov. 2, a graduate student, Jonathan Butler, began a hunger strike, spurred by the complaints of racial animosity and official inaction, as well as a cut in graduate student health care funding.

Over the weekend of Nov. 7, the football team, led by its black players, said it would not practice or play unless Mr. Wolfe resigned. It was the last straw. On Nov. 9, Mr. Wolfe resigned as system president, and the chancellor of the Columbia campus, R. Bowen Loftin, also announced he was stepping down. Mr. Butler ended his hunger strike.

As the protests continued to boil, demonstrators tried to block the news media from the encampment, and Melissa Click, a communications professor, called for “some muscle” to oust a student taking a video of the confrontation.

The university received a barrage of emails from alumni and families, some of which were published by National Review and Heat Street, a conservative news site.

In one, the parents of a junior wrote that while they did not underestimate the extent of bigotry in the world, “the way to effect change is NOT by resorting to the type of mob rule that’s become apparent over the past few days.”

The university, they added, had shown a “complete lack of leadership,” and their two younger children had “all but eliminated Mizzou from their college list.”

The email was forwarded to Ellen de Graffenreid, vice chancellor for marketing and communications, with a brief note saying, “I’m sure you already know this but you have a P.R. nightmare on your hands.” Ms. de Graffenreid, in turn, forwarded it to other administrators with a note saying, “This is pretty representative of the middle of the road people we are losing.”

Some faculty members are still hoping that the situation can be turned around.

“I think we squandered a rare opportunity that we had to be a local, regional, national, global leader in terms of showing how a university can deal with its problems, including related to race relations,” Berkley Hudson, a journalism professor, said.

The protests could have been turned into an asset — a chance to celebrate diversity. “We still can,” he said.