The ANC in Gauteng has rubbished the concept of white monopoly capital, which is often bandied about by some structures of the party as the number one enemy to radical economic transformation in South Africa.

The party held its own provincial policy conference over the weekend, where it discussed a range of issues including organisational renewal, social cohesion and reviewed whether or not its policies were still viable or even being implemented properly.

“Monopoly capital remains the enemy of the national democratic revolution. In this regard the conference has made it clear that there is no such thing as white monopoly capital in our vocabulary,” said Gauteng ANC chairperson Paul Mashatile during his closing address. 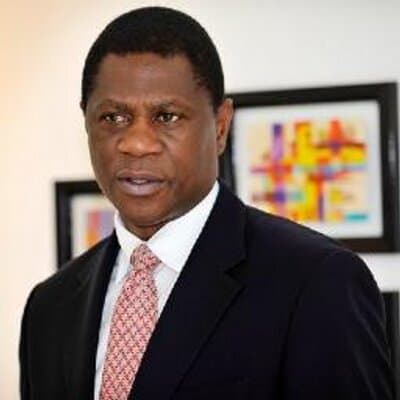 He said the party had agreed that it would continue to fight against white domination along with many other forms of domination in society.

Members of the ANC needed to be disciplined in the use of concepts and language to advance political arguments, added Mashatile.

Leaked emails linked to the Gupta family, who are President Jacob Zuma’s close associates, show that a UK based PR firm Bell Pottinger was responsible for coining and populating the phrase “white monopoly capital”.

It is believed this was part of an attempt to save the Guptas’ reputation by portraying them as victims of backlash from white monopoly capital.

The family is accused of having undue influence over Zuma and is said to have had a role in some of his key decisions, including the hiring and firing of members of his executive.

“The use of some of these concepts of terminology smacks of populism that will bring confusion within our ranks,” Mashatile said.

“The introduction of a notion of white capital is a distraction, an attempt to frame the leadership contest around something that is a distraction,” said Makhura, who remarked on the impact of such slogans on the party’s race to its 54th national elective conference taking place in December.

Zuma and his national executive committee (NEC) are expected to step down and new leadership, including the president of the party, will be elected.

“It is also a distraction from issues of state capture which is in the substantive issues we agree on here; we need to tackle state capture head on as the ANC, because it is another significant way of undermining the course that we set,” said Makhura.

The party also discussed unity, which both Mashatile and Makhura said was not only paramount, but existed in Gauteng.

“The reason why there will be maximum unity in this province is because there is substantive and strategic unity on, what we call in the ANC, policy perspectives and theoretic perspectives,” said Makhura.