No Apologies: ICE Chief Says Illegal Immigrants Should Live in Fear of Deportation 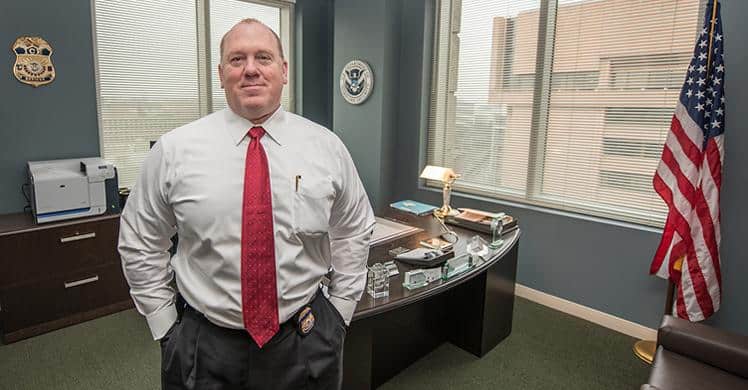 Illegal immigrants should be living in fear of being deported, the chief of U.S. Immigration and Customs Enforcement said Tuesday, pushing back against a growing sentiment among Democrats on Capitol Hill and activists across the country who have complained about agents enforcing the laws on the books.

Thomas D. Homan, acting director at ICE, said anyone in the country without authorization can be arrested and those who have been ordered deported by judges must be removed if laws are to have meaning.

His comments marked a major shift for an agency that President Obama forbade from enforcing the law when it came to more than 9 million of the country’s estimated 11 million illegal immigrants. Unshackled from Mr. Obama’s strictures, agents have dramatically increased the number of arrests.

Advocacy groups are enraged and demand leniency for “traumatized” immigrants.

“If you’re in this country illegally and you committed a crime by being in this country, you should be uncomfortable, you should look over your shoulder. You need to be worried,” Mr. Homan testified to the House Appropriations Committee. “No population is off the table.”

Border Patrol acting Chief Carla Provost defended the 74 miles of fencing that President Trump wants to erect next year, saying the wall will plug holes where illegal activity is still a problem in San Diego and parts of Texas.

She said the southwestern border is at medium risk of penetration and needs the wall to assist. She said construction on the 74 miles would start in either March or April.

Mr. Homan, meanwhile, said he needs a major infusion of detention beds to hold the larger population of illegal immigrants, now that his agents have been unshackled from the restrictions under Mr. Obama.

He said the number of countries refusing to take back their deportees has been cut in half, while the number of jurisdictions looking to have their police and sheriff’s deputies trained to process illegal immigrants in their jails has nearly doubled and will likely triple by the end of the year.

In addition, some 400,000 illegal immigrants ordered removed by judges but who were ignored under the Obama administration are now back on the list of priorities.

All of that means more illegal immigrants to be detained in preparation for deportation.