Ben Blatt for Slate crafted maps that show a breakdown of the most commonly spoken languages in the country, based on information from the Census Bureau’s American Community Survey. 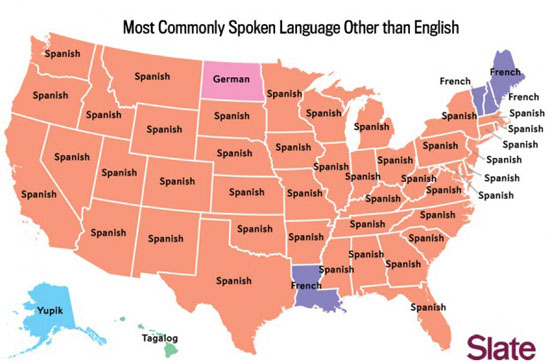 On a state level, though Spanish is the overwhelming second-runner up to English, this is not necessarily the case in every state. French, German and a couple others have made their mark as well. The Census Bureau estimates that Spanish speakers in the United States could grow to 43 million by 2020, up from 38 million who already reported speaking the language in 2012.