I have been practicing immigration law for almost ten years. It gives me an inside look at the absurdities of our system. Here are some of my observations.

Immigration court proceedings are civil, not criminal, and therefore no one is entitled to representation at taxpayer expense. However, taxpayers do subsidize organizations such as Catholic Charities and CAIR (Council on American-Islamic Relations) because they receive federal grants that help provide pro bono representation to aliens in immigration court and at various agencies.

I hardly ever advertise because I don’t need to. I am good at what I do and my clients are usually referrals from previous clients. My clients have never had any problems paying. A few have bounced checks, but they quickly covered their balances. They pay my fees and government filing fees before filing. If a case is likely to last over a period of months or years, we establish some sort of payment plan so that I am paid in full before filing any application with the immigration service or before the client’s big hearing date. It is one of the ironies of our system, but at least for my clients, they may have no legal authorization to work here, but they don’t have a problem paying their legal bills. I don’t worry about being stiffed. 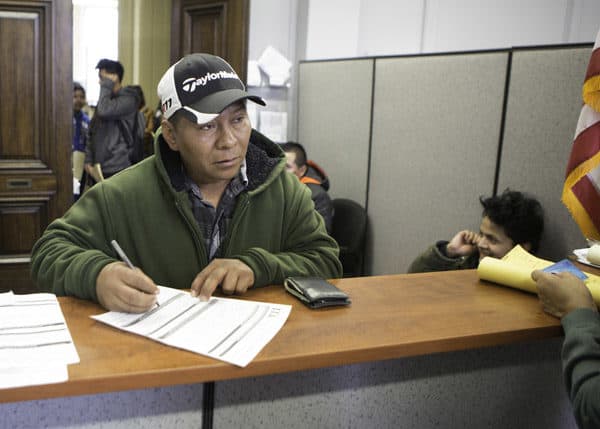 I decide whom I will represent depending on whether an argument for relief can be made given the facts and the law. The current Immigration and Nationality Act and a weak southern border are helping reduce whites to a minority. I do care about race and religion and don’t want to see the United States become a majority-minority country. However, my job is to represent my clients and I do it well. About half my clients are white. One of the peculiarities of immigration law is that since it is a federal procedure, someone with a bar license from any state or US territory can practice immigration law anywhere in the country.

In my experience, immigration judges try to follow the law. However, like the activist judges we have in the federal and state judiciaries, some like to test the boundaries of case precedent and the statutory text of the law in order to achieve a result they believe to be fair or, arguably, the result they want. An immigration judge’s approval rate for asylum applicants is the best indicator of whether he tends to be more or less activist, and these numbers are available to the public.

The largest portion of our illegal alien population comes from Mexico and Central America. Open-borders advocates claim that most are visa overstays. It is true that we know the number of people who enter the United States legally through ports of entry with a visa and then fail to leave within their allotted time. However, the government does not know how many people enter or leave the United States illegally at places other than ports of entry. We have no idea how large the illegal influx has been on our southern border.

During consultations with prospective clients, it is not unusual for someone to tell me he was previously deported and then reentered many times. Based on consultations I have had, this number can be as high as ten or more illegal reentries. I have heard many stories from illegals who were detained and escorted to the border, only to reenter illegally later that day. We have no idea of the true number of illegal border crossings. There is little security on our northern border. Large stretches are easily accessible open land. Therefore, our northern border is essentially secured by Canada. Anyone who gets into Canada can easily get into the United States. This is worrisome because Canada has a liberal immigration policy.

Most illegal immigrants through our southern border are fleeing poverty and lawlessness. Most are not “refugees,” as a matter of law. To qualify for refugee status or asylum, an applicant must show he was persecuted in his home country or have a well founded fear of persecution if he returns. This must be persecution based on religion, political opinion, race, national origin, or some other immutable characteristic. Political opinion is not an immutable characteristic, but it is grounds for asylum. Ironically, we accept people from other countries who are persecuted abroad, yet some of us are arguably persecuted here at home because of our political opinions.

A good example of grounds for asylum is how some of my clients have been treated in Kazakhstan. They are observant Christians and ethnic Russians, and are being persecuted by the government or agents of the government of Kazakhstan. The authorities have closed down their churches and treat them as second-class citizens. Hiring practices favor the native Kazak population in both private and public sectors.

A client’s opinion on whether he believes he is a refugee makes no difference. It is his lawyer’s job to gather the facts and match it to the law in order to make this determination. Poverty is not a basis for asylum. If we granted blanket asylum to poor people, much of the rest of the world would come.

Putting together asylum applications is actually only a small percentage of my work. I spend more time submitting green card and citizenship applications and arguing in immigration court for various forms of relief from removal.

The overwhelming majority of Mexican or Central American clients I represent prefer to speak Spanish and have kept their ethnic and cultural customs. This despite, in many cases, having lived in the United States for a decade or more. Most seem to live in their own communities. Mexicans are different from Central Americans. My Central American clients usually have a larger percentage of Indian blood and cannot speak proper Spanish.

The US taxpayer is unwittingly subsidizing illegal immigration. I’m surprised by the number of consultations I have had with people who filed tax returns with false social security numbers and claim non-US dependents to inflate their income-tax refund. I have clients whose US-born children have benefited from government welfare program. Many have children with serious, expensive, life-long medical conditions such as spina bifida. Many have mental problems such as ADD, ADHD, and learning disabilities.

I am amused every time I hear a lefty argue against laws requiring some form of voter identification. Some of my clients who are green card holders have voted for years. Even illegal aliens register and vote. A recent news report from Texas alleges that more than 50,000 non-citizens voted in the 2018 federal election cycle in that state alone. In many states, you can register to vote online and have your voter registration card mailed to your address. You don’t have to prove US citizenship.

I do have clients who learned English and try to assimilate. However, I have learned that different groups have very different values. In my experience, Nigerians and Albanians are less trustworthy. I have declined to represent people if I can’t believe what they tell me. Vietnamese like to have things repeated to them over and over again. Muslims seem to be less motivated to work with their lawyer gathering evidence and discussing case details that would benefit them.

Open borders and forced “diversity” are a recipe for disaster. A few week,s ago I listened to National Public Radio as I was leaving the immigration office (USCIS). The discussion on NPR was about the political climate in Afghanistan. The Afghan expert said that the country has never been united and is in a constant state of chaos due to longstanding ethnic and tribal divisions. We have a lot to learn from Afghanistan. More lefties should listen to NPR.

I do not wish to provide my name or any identifying information about me for this article because as an American political dissident, we have no place to apply for refugee status. AmRen readers should know that Mr. Taylor would not print an article if the bona fides of the writer were not vetted.

View all posts by Anonymous