No Red Flags for Gangs

Few people oppose disarming dangerous people, but who gets to define “dangerous?” President Donald Trump wants authorities to have the power to seize guns from anyone who is a “grave risk to public safety.” But “red flag” laws of that kind won’t protect us. They will be used against us.

The political views of relatives and mental health professionals may well determine who is a “grave risk.” In 2018, police killed a Maryland man while confiscating his weapons. They haven’t explained why someone reported him.

Democrats think white nationalists are dangerous but they don’t seem to be worried by gang members. Republican Ken Buck recently proposed issuing red-flag orders against anyone in a gang database if there were probable cause. Democrats objected, suggesting the databases were unreliable. Judiciary Committee Chairman Jerry Nadler tried to argue that someone could be mistakenly labeled an MS-13 member for “doodling because it is the 13th of June.” 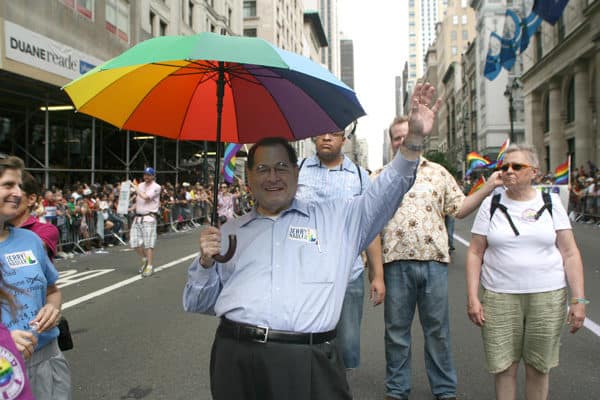 Republican Doug Collins noted that Democrats staged a sit-in to demand a law preventing people on the federal no-fly list from buying guns. He called Democrats’ sudden worries about due process “amazing.”

Rep. Collins also denounced a proposed bill that would allow anyone to petition the government to take away any anyone else’s guns. “They don’t even have to know each other,” he said. “In light of that, it’s unthinkable that this bill doesn’t require a law enforcement officer to independently substantiate the claims and there are no penalties for making a false claim against anyone.”

Already, self-appointed commissars dox, report, and denounce people whose opinions they don’t like. A red flag law could create a snitch state, with police responding to ideologically driven complaints. Twitter would be the new Stasi.

Many liberals see white nationalist threats everywhere. In February, Kathleen Parker wrote in the Washington Post, “MAGA has morphed in the public mind from a rah-rah chant to a nearly KKK-grade threat of white supremacy.”

In January, Harper’s Bazaar political editor Jennifer Wright wrote that the MAGA hat is “associated with right wing terrorists, murderers, and racists.” That was while she still believed Jussie Smollett, but she probably hasn’t changed her view.

A poll from YouGov found 43 percent of Americans think the National Rifle Association is a “terrorist organization.” A different poll found that 28 percent of Democrats think it should be illegal to join the NRA.

Democratic Rep. Eric Swalwell, a former presidential candidate who once mused about nuking American gun owners in a “war,” said he would support Congressman Buck’s amendment on red flags for gang members if it included “individuals listed with white nationalism.” Congressman Buck — a Republican — agreed, provided the amendment also included “any type of supremacy.” He seems to have conceded that the government can strip someone’s Second Amendment rights if he holds forbidden views.

Who is “listed with white nationalism?” If you read American Renaissance, you are. Civic nationalists, Proud Boy members, ordinary Republicans and many others would be. Last year, the Daily Beast reported that “young men of color are joining white-supremacist groups.” You don’t even need to be white to be a “white nationalist.”

Conservatives won’t benefit from a snitch state because they lack media power. If a paranoid white person reported an innocent person in a hijab he would almost certainly be investigated and attacked by the media.

Ilhan Omar once asked a judge for leniency towards men who tried to join the Islamic State. Most media did not denounce her. Yet “conservative” Fox News condemned its own employee, Jeanine Pirro, when she criticized Congresswoman Ilhan Omar’s hijab and suggested Islamic law is “antithetical” to the Constitution.

There are no universal norms on race. The media praise or denounce segregation, ethno-nationalism, or cultural appropriation depending on who is doing it. There are no penalties for calling whites racists, terrorists, or extremists, but you better not criticize any other group. Many of us became white advocates because of these blatant double standards.

Double standards go from frustrating to dangerous when they become law. Equality under the law is breaking down. Democrats like Jerry Nadler do not violate their principles when they want leniency for suspected gang members but a police state for white advocates. They are defending their constituents and disarming their enemies.

In a system in which Al Sharpton is a moral leader and Jared Taylor is a dangerous pariah, subjective law is a mortal danger to our liberty and even to our lives.

Mr. Hood is a staff writer for American Renaissance. He has been active in conservative groups in the US. You can follow him on Gab.
< Department of Homeland Security Strategy Adds White Supremacy to List of Threats
Keeley Bunker Death: Man Remanded After Woodland Body Murder Charge >
Blog
Commentary
Videos
Podcasts
Follow us