Top administrative leaders for the Southern Baptist Convention, the largest Protestant denomination in America, said Tuesday that they will release a secret list of hundreds of pastors and other church-affiliated personnel accused of sexual abuse.

An attorney for the SBC’s Executive Committee announced the decision during a virtual meeting called in response to a scathing investigative report detailing how the committee mishandled allegations of sex abuse and stonewalled numerous survivors. The committee anticipates releasing the list Thursday.

During the meeting, top leaders and several committee members vowed to work toward changing the culture of the denomination and to listen more attentively to survivors’ voices and stories.

The report is expected to contain new details about former Jacksonville Pastor Darrell Gilyard. He was a pastor at Shiloh Metropolitan Baptist Church in Jacksonville in 2007. 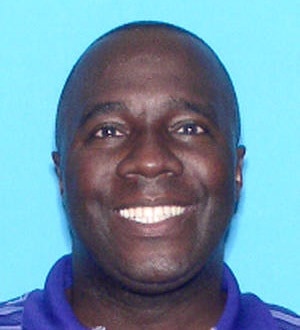 He was convicted of having lewd contact with two teenage girls, sentenced to three years in prison and added to the Florida Department of Law Enforcement’s sex offenders list.

On Tuesday, News4JAX learned that the report includes allegations by a woman that she fought off an attempted rape in 1991 at First Baptist Church in Jacksonville. According to the report. Gilyard was working there when the Jacksonville woman, Tiffany Thigpen, says she was attacked. She said she was terrified and traumatized.

The report shows Dr. Jerry Vines, then-pastor of First Baptist, “was dismissive of her report” and told her “it would be embarrassing for her if others knew about it.”

And, according to the report, after that, Gilyard worked at a church in Texas, where other women accused him of abuse.

The SBC Executive Committee said it became aware that “44 women had reported being victims of sexually inappropriate conduct” by Gilyard. The letter on page 146 says, “In almost every case, they were reportedly shamed for it and left feeling they were not believed.”

The report says Thigpen wrote a letter to the Bylaws Work Group in 2019, stating how Gilyard was allowed to move from church to church with prominent SBC figures vouching for him. No one on the Bylaws Work Group responded to the letter. Thigpen also made a submission to the Credentials Committee, as well.

The report shows she says the process has taken an emotional toll, writing, “Imagine telling for decades to a non-receptive audience, to an audience who abuses you with their shame and their hateful words against you.”