The University of Michigan has reached a $9.25 million settlement with eight women who were sexually harassed by Martin Philbert, the former provost and chief academic officer at the school, the school and the women’s lawyers confirmed. 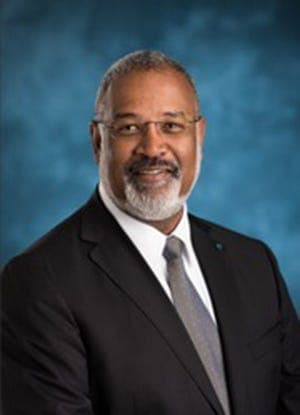 The names of the eight women were not released. The settlement did not include Philbert himself. The women could still file a lawsuit against him.

Philbert, the second-highest administrator at the University of Michigan, had a lengthy history of sexually harassing female employees and had sexual relationships, including in university offices, while being promoted time and time again, an independent investigation released this summer found.

“Over the course of his employment by the University — while he was an assistant professor, an associate dean, Dean of SPH (School of Public Health), and Provost — Philbert sexually harassed multiple members of the university community, including both graduate students who worked in his research lab and university employees. Some allegations and other information about Philbert’s conduct reached university officials; others never came to their attention,” the report by the law firm WilmerHale said.

Philbert sexually harassed women during his entire career at the university, the WilmerHale report found.

“He directed his behavior toward women who worked in both the SPH Dean’s Office and in the Provost’s Office, including one woman he encouraged to move from the Dean’s Office to the Provost’s Office. Among other sexual comments, he told three different women that he wanted to see below their tan lines; told one woman that he was ‘aching’ for her, and that they could have ‘beautiful coffee-colored babies’ together, and told another woman that ‘if I wasn’t married, I would really go after you.’ {snip}

Philbert had been at U-M since 1995 and was known as a talented, charming, empathetic researcher and administrator. {snip}

He was fired from his position as provost in March. In June, he relinquished his faculty tenure rights and his last day at the university was June 30.