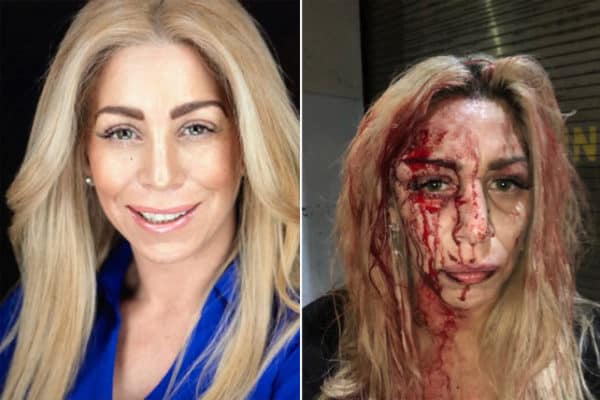 A model and an actress got their money-makers messed up by a racist pack of miscreants during a Midtown bar brawl, according to a new lawsuit seeking to force the venue to hang on to surveillance footage of the throw-down.

But on their way out of the West 40th Street club, they got jumped and beaten to the ground by a group of 10 to 15 people who were yelling “white motherf—ers,” “dirty white b—-es” and “f—k those white b—-es and their money,” the court papers say.

“It was just this stampede as we were leaving. We just got rushed and assaulted by, I can’t tell you by how many people,” Agostini — who is set to begin filming the show “Brooklyn Ties” this spring — told The Post.

“I’m a lead character on the series in March, and I have to now go to see numerous plastic surgeons, and I also have to go back to the concussion center to MRI my head.”