Black Man Who Was Working to Curb Gun Crime in Washington D.C. is Shot Dead as He Left His Anti-Violence Training Program 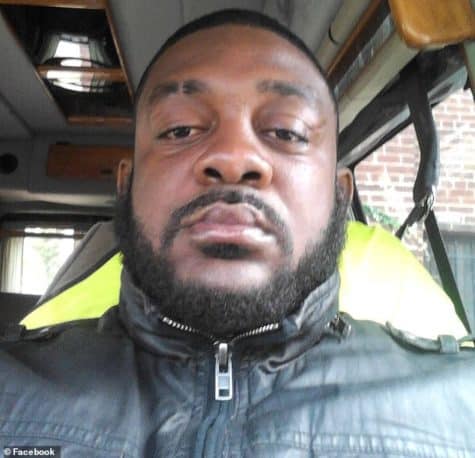 A father has been shot dead as he left his job where he was training to curb gun in Washington D.C.

Clarence Venable, 40, was gunned down Friday around 2pm outside The Alliance for Concerned Men where he was training on a Cure the Streets program launched by the attorney general in 2018.

Just three weeks ago Venable started his role as a violence interrupter which takes credible men in the community and trains them to ‘de-escalate violent situations and prevent crime before it occurs’ according to the website.

According to his reverend: ‘He got shot in the head and three, four times in the body. They shot him in the head, then stood over him.’

The mother of his three children – including an eight-year-old son and nine-year-old daughter – was working inside the same building on Debois Place Southeast in the Greenway neighborhood when she heard three gunshots but says she didn’t see the gunman.

‘He just sort of disappeared into thin air and Clarence was left there,’ the victim’s ex Donika Hardy, 37, told The Washington Post. ‘He was just lying on the ground. All I could do was stand there and look at him.’

The program was running from two sites in Ward 5 and Ward 8 which has the highest rates of gun violence in the district.

Last month the AG’s office announced the pilot program was expanding to four new sites that have high levels of violence; two in Ward 8, one in Ward 7, and one in Ward 5.

The program is also broadening from eight part-time workers to eight full-time and six part-time after the homicide rate increased in 2018 and is on course to follow the trend in 2019.

AG Karl A. Racine tweeted Saturday: ‘My heart breaks for the family and friends of Clarence Venable, the #CuretheStreets violence interrupter whose life was cut short yesterday.

‘Clarence was dedicated to reducing gun violence in D.C., and we must honor him with action by continuing the work of making our city safer.’

It’s unclear if Venable was targeted because of his work.

‘We have been there for the past 30 years and nothing like this has ever happened,’ Clayton Rosenberg told ABC News.

‘This is shocking. But I’m a spiritual person and I see this as the devil working because he sees the change about to come and he doesn’t want to see that.’

According to social media profiles Venable was in a relationship.

His former partner agreed that he was on the brink of creating change and said he was the one encouraging classmates – including herself – through hours-long training when they were tired.

She said he had struggled to stayed employed and out of trouble.

Hardy continued: ‘He grew up a troubled youth and also faced some troubles in his adult life. It was like trouble always found him. He never went looking for it.’

‘He always wanted to do good. This was finally the chance he got.’

‘I had to watch you, the funniest man i know, lay in the hospital lifeless,’ White wrote. ‘All you kept telling me was “Tray, I going to help all the youngins get off the streets and they’re going to listen to me.” And now you’re a victim of what you spent your last days on the front line trying to prevent.’

The killer had still not been detained as of Sunday.

Police are offering a $25,000 reward for any information leading to the arrest and conviction of the gunman.