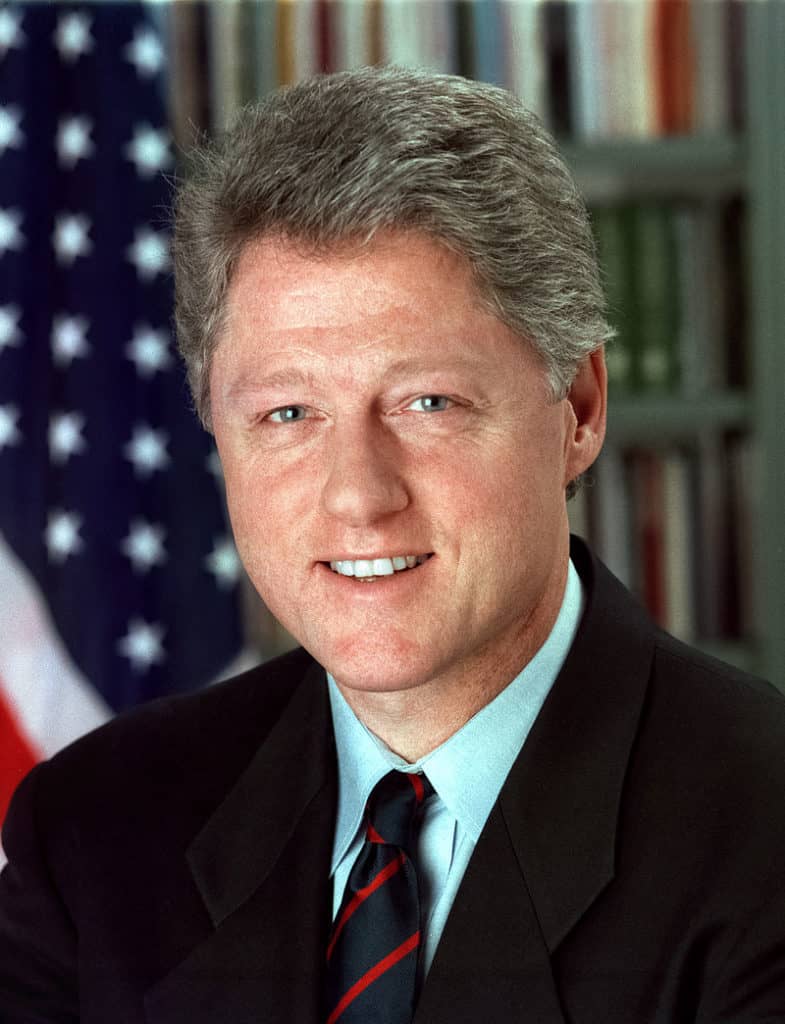 Bill Clinton was almost certainly the last Southern Democrat to sit in the White House. Obama took Arkansas from a Democrat trifecta to a Republican trifecta. Trump beat Hillary on her husband’s home turf by 60% to 33%. But Bill may also be the last white Democrat to make it to the White House.

Democrats have three choices in 2020.

They can try running a white New England leftist like Bernie Sanders or Elizabeth Warren who will appeal to the white college leftist base, they can take a shot at a minority progressive like Deval Patrick or Cory Booker who will bring out the minority vote and the progressives, or they can take a gamble on a general candidate who might still appeal to working class white voters like Joe Biden.

Obama’s people are pushing Patrick. Valerie Jarrett, Obama’s Ethel Gumm, gushes that Patrick is what “my heart desires.” He’s also what the demographic transformation of the Democrats requires.

The Democrats are a minority party now. Bernie Sanders won over white voters. He was crushed by the black women who came out to vote for Hillary. But the minority turnout lacked the Obama passion.  Hillary wanted to run in the old Clinton triangulation mode before being forced to tack hard left. She couldn’t decide if she stood with cops or cop killers, and couldn’t win over the center or the left.

Bernie Sanders unconvincingly claims that he can appeal to the white working class. He certainly can’t appeal to the minority base. That’s the current plight of white leftists. They can’t move their agenda forward without wrapping it in identity politics. But identity politics requires protective minority coloration. Obama can move the agenda forward. Bernie Sanders or Elizabeth Warren can’t.

So send in the Obama clones. Smooth-talking Ivy League black progressives who can inspire college students with hot air about hope, push a leftist policy wish list and rally black pride voters. The formula can vary a bit to seem more revolutionary. There can be a Muslim black progressive or a gay black progressive as long as you hit the two basic notes for the only two Dem demographics that count.

Identity politics leaves Democrats addicted to bloc voting. Working class whites are too “stupid” to know what’s in their best interests. White women betrayed the cause by not voting for Hillary. Latino voters are still a little too politically erratic. But can the Democrats just run an infinite array of Obama clones?

Send in the clones.

Identity politics dominates the left. It’s cannibalizing academia and the media. The old policy “big tent” has been replaced by an intersectional safe space bent on purging the remaining non-radicals. The last few cultural battles, like the one being fought now over abortion, will be fought and lost. And the only difference between Democrats and the Green Party will be the inherited urban minority base.

The future is a demographic and regulatory war between cities, suburbs and rural areas, between a burgeoning immigrant (legal and illegal) population and the white working class, between political elites and angry voters, between the new economy and the new old, between America and Post-America.

The Dems will jettison the last of their efforts to hold on to the white working class, import as many of the wrong kind of immigrants as possible, legalize illegal aliens and fight to make America like Chicago.

Obama is the ultimate symbol of that war for both sides. And the Dem future looks like him.

But the alliance depends on black voters putting racial pride over policies. The old Democrats were better at servicing minority communities. The left has less interest in the inner city than it does in Muslim refugees and transgender soldiers. Obama didn’t do much for the black community. He was at his most involved when fomenting the anti-police race riots that trashed Ferguson and Baltimore.

The new technocratic black progressive has limited links to actual black communities. He’s much more comfortable in Davos, at a TED talk or at a Black Lives Matter rally. Black voters have overlooked that disconnect. But they might not always. Especially with a new breed of Republican candidates who push back against immigration and make the case for American jobs.

Cory Booker vaulted over the ruins of Newark to the Senate. He fooled black and Jewish voters until he didn’t need them anymore. Can he pull off the same trick from coast to coast? And how many times?

How many times can you run a diminishing series of Obama clones before it gets old?

But the alternative, dialing back identity politics and trying to reconnect with the white working class, is too scary. Even if Biden gets the nod, he can’t shed the militant identity politics without breaking with the left. And he can’t break with the left without breaking with the party’s new masters. All he can do is a slicker version of Hillary’s tap dance. It’s all that any Dem who isn’t another Obama clone can do.

Obama backed Hillary over Biden and his people are pushing Deval Patrick because identity politics is safe. Most big Hollywood movies are built around safe intellectual properties. An identity politics candidate is the equivalent of a Marvel comic book. There’s an existing audience for the product.

Data analysis has made it easier to think about demographics than product quality. Take a winning formula that ticks the right demographic boxes and replicate it indefinitely. But eventually there’s no product, only demographics and there’s no policy, only identity politics. And then it all goes wrong.

The Democrats gambled everything on the left’s New Majority in which white voters wouldn’t matter. But the New Majority bid cost the Dems huge swathes of the country and made Trump possible. The left is incapable of thinking in terms of negative consequences. Going left can only lead to good things and going right must always lead to bad things. The left is especially incapable of understanding that implementing its grand plans and strategies will lead to equal and opposite reactions from their targets.

Price controls lead to a black market. Minimum wage increases to the loss of jobs. Political correctness to crudeness. Identity politics to a different brand of identity politics by those left out in the cold.

Bill Clinton could feel the walls closing in back in ’08. By ’16, they were shut tight. The politics he had championed had become impossible in a decade. The Clintons profited enormously from the donors who had failed to realize the structural impossibility of their political ambitions. And Bernie Sanders is likewise cashing in on a breed of harder leftists who don’t understand that he will never make it.

The last white Democrat to sit in the White House was humiliated twice by the transformation of his own party. By the end of Hillary’s run, not even rigging the primaries could stop the inevitable.

The Democrats are Obama’s party now. He dominates the organization and the ideology. And it has his stamp on it. His final victory would be to make Deval Patrick the first of many Obama clones.

And then the future will be a brave new world of Obama mannequins.