Ms Le Pen, 48, would come first in the first round of voting in the upcoming election, according to a survey carried out by Opinionway.

The controversial leader would secure 26 per cent of the vote compared to the En Marche candidate Emmanuel Macron with 24 per cent and trailed by the centre right Republicans candidate Francois Fillon.

However, with less than four weeks to go until the initial voting, Ms Le Pen would likely lose out in the second round with the former socialist Mr Macron beating Ms Le Pen in the run-off vote by a margin of 61 per cent to 39. 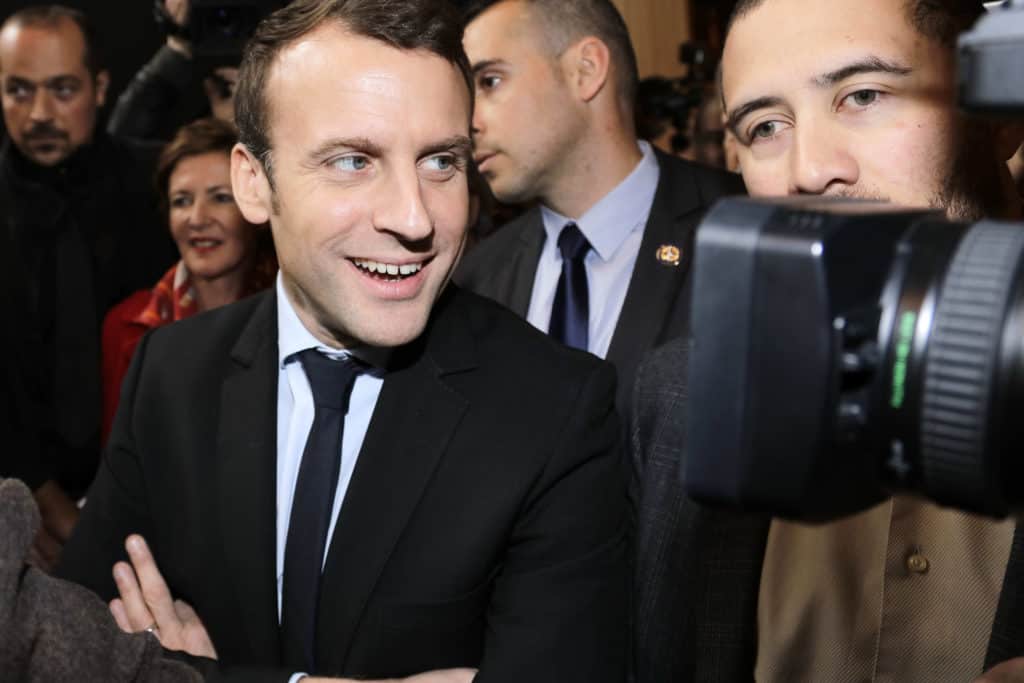 The same poll also indicated she could also lose out to Mr Fillon, the former Prime Minister, should be make it through to the second round with a 58 percent share of the vote, compared to 42.

The Front National’s campaign though is being hampered by the inability for the party to secure enough funds as Ms Le Pen repeated her claims that the banks were refusing to lend her money.

Speaking on Europe 1 radio after a visit last week to Moscow where she met President Vladimir Putin, she said she did not have any financial backing from Russia, nor from any Russian financial institution, but that she was trying to get a loan from a foreign bank.

She said: “I have to. I’m prevented from borrowing from French banks so now I am being told off for asking for a loan from a foreign bank.

“What am I supposed to do? The French banks have lent to all the presidential candidates except for me.”

Potential Russian involvement in western elections has become a more sensitive issue since US intelligence agencies accused their Russian counterparts of seeking to influence the US election through hacking, something Moscow has denied.