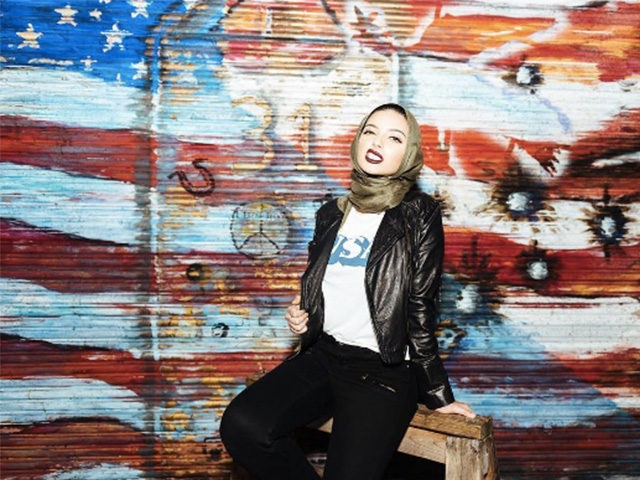 Twenty-two year-old Noor Tagouri appears in the magazine’s October 2016 issue, fully clothed and wearing the traditional Muslim head covering, as part of the publication’s Renegades series, an issue dedicated to rule-breakers in their respective industries.

“As a badass activist with a passion for demanding change and asking the right questions, accompanied by beauty-ad-campaign looks, Tagouri forces us to ask ourselves why we have such a hard time wrapping our minds around a young woman who consciously covers her head and won’t take no for an answer,” the feature accompanying Tagouri in the magazine reads.

Tagouri, who graduated from the University of Maryland and now works as an on-air reporter for video news network Newsy, told Playboy that she doesn’t pay attention to those who criticize her appearance.

Tagouri’s photo spread comes a little less than a year after Playboy announced the most significant change in its 60-year history, that it would stop publishing nude photos in its magazines.