Cops: Suspect Says He Shot Officer in Name of Islam

Authorities say a Philadelphia police officer is recovering after he was shot several times during an ambush late Thursday night in West Philadelphia.

Philadelphia police commissioner Richard Ross says the officer, identified as 33-year-old Jesse Hartnett, was sitting in his patrol car around 11:30 p.m. at 60th and Spruce Streets when a gunman fired nearly a dozen shots through the driver’s side of the car. 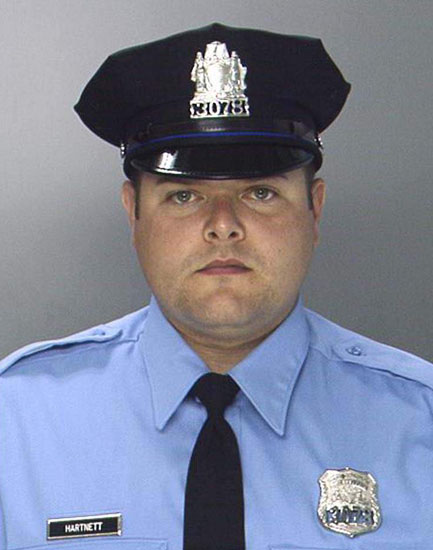 Police are calling it an “attempted assassination.”

Commissioner Ross says the suspect has given a full confession, saying he did it in the name of Islam.

“According to him, police bend laws that are contrary to the teachings of the Quran.”

Police identify the suspect as 30-year-old Edward Archer, of Yeadon. Hartnett returned fire and struck Archer. He tried to escape on foot, authorities say, but was quickly caught by responding officers.

“Our main concern at the moment today is the well being, the health, and the recovery and rehabilitation of Officer Hartnett. Obviously you can see the bravery that he displayed,” said Mayor Kenney.

Mayor Kenney said, “In no way shape or form does anyone in this room believe that Islam or the teaching of Islam has anything to do with what you’ve seen on the screen.”

Mayor Kenney said of the shooting, “It is abhorrent. It is terrible and it does not represent the religion in any way, shape or form or any of its teachings.”

He continued, “This is a criminal with a stolen gun who tried to kill one of our officers. It has nothing to do with being a Muslim or following the Islamic faith.”

[Editor’s Note: According to other reports, Edward Archer swore allegiance to ISIS.]