With dozens of students rallying outside his office, the president of the University of Louisville apologized on Friday after he and other university officials were criticized for wearing stereotypical Mexican costumes in a photograph.

The president, James R. Ramsey, expressed his regrets a day after the university apologized and as national attention to the incident grew. Faculty members seemed surprised that the university’s senior leadership didn’t realize the costumes would be a problem.

Mr. Ramsey apologized for the incident and any pain it had caused students, faculty, and staff. At a Halloween party at a university-owned mansion on Wednesday, Mr. Ramsey and several other officials donned sombreros and mustaches and held maracas in a photograph. Mr. Ramsey also wore a multicolored poncho in the photograph. 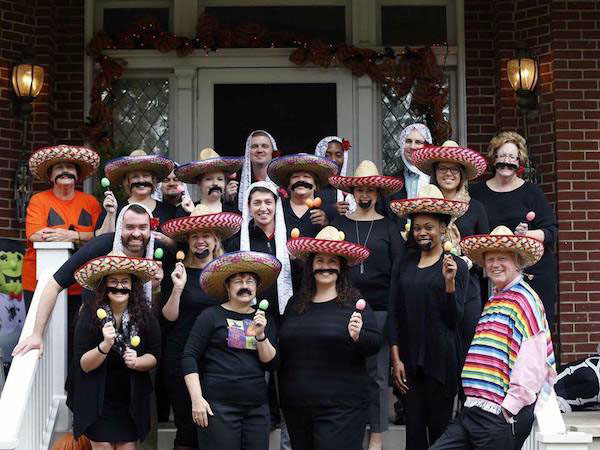 Students stood outside the president’s office on Friday afternoon and chanted “Racist Ramsey has to go!” Mr. Ramsey, however, was in North Carolina with the university’s football team, which was to play Wake Forest University that evening.

Minority students on the campus are using the incident as a platform to demand changes they say would make the public university more inclusive, said Tania Avalos, a first-year graduate student who also completed her undergraduate degree at Louisville. Different minority-student organizations collaborated on a list of nine demands for the administration, which they distributed at Friday’s rally.

The students are to meet with Mr. Ramsey next week, and they spoke with the vice provost for diversity during the rally on Friday. During that meeting, the students narrowed their demands to focus on diversity training for all employees, more scholarships for minority students, moving a Confederate statue on the campus, and renovating the campus’s cultural center, Ms. Avalos said.