Australia’s most acclaimed poet and the author of the country’s citizenship pledge, Les Murray, has slammed the oath as overly sincere rubbish and says forcing it on new citizens is “akin to Nazi Germany”.

Mr Murray said the pledge, adopted in 1994, is “farting with sincerity” and should be either abandoned or changed to “Ha, ha, ha, ha” or “Not a bad place”. 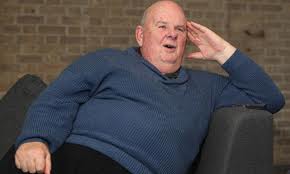 “What is the nation feeling guilty about to force this rubbish on us?” he told The Sydney Morning Herald. “Why should I, the citizen, have to affirm any bloody thing towards the nation? . . .  Everybody now feels like a provisional citizen; you haven’t got any rights any more, only affirmations.”

Mr Murray, winner of numerous awards and occasionally touted as a Nobel Prize contender, said the pledge had been ruined by bureaucrats who changed his wording and removed one of his favourite lines, which stated: “And I expect Australia to be loyal to me”.

The pledge is sworn by new citizens at a citizenship ceremony and includes two versions, one which mentions God and another which does not.

“It’s heavy and pompous and sort of farting with sincerity,” Mr Murray said.

“If you’re born an Australian citizen or become one that should be it. They’re laying too much emphasis on nationalism altogether I have spent most of my life living here and taking it for granted, and I think that is a healthy way to be.”

The pledge requires citizens to declare “loyalty to Australia and its people, whose democratic beliefs I share, whose rights and liberties I respect, and whose laws I will uphold and obey”.

About 17,000 people from 145 countries will take the pledge this weekend during ceremonies that fall on the Australia Day weekend, which marks the arrival of British settlers.

Britain is the nation of origin with the most number of new citizens, followed by India, South Africa, the Philippines and China.