Sean Smith, a business partner of rugby star Gareth Thomas, said he was attacked up to eight times a day during his 19-month stay in St Alban’s jail after his arrest on suspicion of a multi-million-pound fraud.

‘They did it not just as part of gang dominance but in my case it was showing supremacy over a white man — I was the only one there,’ he said.

After nine months in the jail 30km (17 miles) out of Port Elizabeth, Mr Smith tested positive for HIV.

‘At that point I didn’t give a damn, I was broken, I was broken physically, mentally, I had nothing left I had no spirit at all so I didn’t care,’ he added.

After being granted bail, Mr Smith, from Glamorgan, South Wales, hid in the boot of a British High Commission car and crossed into Lesotho.

He has since been diagnosed with a lymphoma on the brain.

The Home Office was ‘unable to say’ if South Africa had made a request for his extradition. 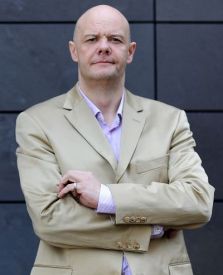