Almost all blacks complain about “white supremacy” and how they suffer at the hands of whites. But when they have money, most buy homes in neighborhoods with tiny black populations.

Last month, discussing his third memoir, Barack Obama lamented that his presidency didn’t break “the fever of racism” in America, and that it has “been a defining feature of a lot of our life.” He seems happy to expose himself to that feature these days.

The Obama family recently bought an $11,750,000 mansion in Martha’s Vineyard.

After they left the White House, the Obamas bought this $8,100,000 house in Washington, D.C. It’s in the ritzy Kalorama neighborhood, which is 82.9 percent white and only 3.8 percent black. Michelle Obama recently complained about white flight. “As we moved in, white folks moved out,” she said. “You were running from us. And you’re still running.” And she’s still running towards white people.

The former First Family also owns this a $1,650,000 house in Chicago’s Kenwood neighborhood. While “Greater Kenwood” is heavily black, the Obama family lived in the white section, with only a handful of rich blacks. 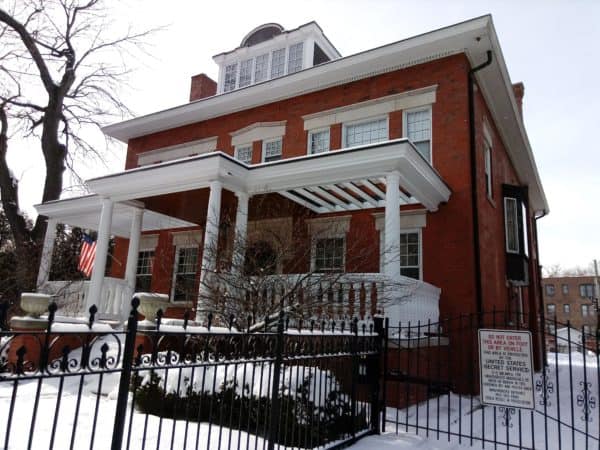 The Obama family home in Chicago.

Another black man in Kenwood’s white area is Louis Farrakhan, the leader of the Nation of Islam — a black separatist group. Mr. Farrakhan opposes miscegenation and in 2015 said, “White peo­ple deserve to die.” But not only does he live in Kenwood, he built three houses just around the corner for his sons. Homes to the Farrakhan sons.

Actor Samuel L. Jackson has a strong  racial identity. In the 1960s and 1970s, he was in the Black Power movement, and knew Stokely Carmichael. In 2005,  he told Parade Magazine, “I was in that radical faction. We were buying guns, getting ready for armed struggle.” In 2012, he announced, “I voted for Barack because he was black. ’Cuz that’s why other folks vote for other people — because they look like them. That’s American politics, pure and simple. [Obama’s] message didn’t mean sh-t to me.” There are white people who are not as powerful as the system of white people — the caste system that’s been put in place. But they still, no matter where they are on the rung or ladder of success, they still have their whiteness. You still have your whiteness. That’s what the term ‘white privilege’ is. It means that whiteness still gives you an advantage Musician superstars Jay-Z and Beyoncé both support “racial justice.” The couple donated $1.5 million to Black Lives Matter in 2016, and Jay-Z lent his private plane to Ahmaud Arbery’s lawyer Benjamin Crump. The two don’t support BLM with their feet. They have one home (worth $88,000,000) in the Bel Air neighborhood of Los Angeles, California. Bel Air is 72.8 percent white, 7.3 percent Asian, 4.4 percent Hispanic, 3.4 percent mixed, and 1.3 percent black. The couple has another home (worth $26,000,000) in East Hampton, New York. The city is 74.6 percent white, 19.8 percent Hispanic, 2.7 percent black, and 2.1 percent Asian. 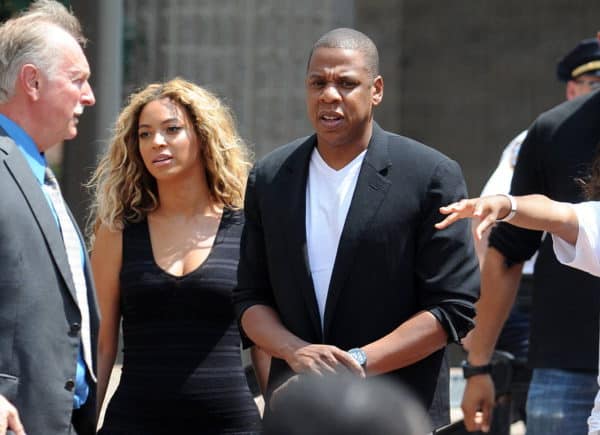 The two live in Hidden Hills, California, which is 92 percent white and 6 percent Hispanic — all other racial groups combined are just 2 percent. Their vacation home is in Miami Beach, FL, which is 4.1 percent black. Actress Taraji P. Henson recently posted on Instagram that for blacks, “the legacies of terror, oppression and gendered dehumanization still impact the ancestors [sic] of those who survived the vast grief of enslavement.” Miss Henson has two homes. One is in Glendale, California, which is 62.0 percent white, 18.2 percent Hispanic, 15.5 percent Asian, 3.3 percent mixed, and 1.6 percent black. Another is in the Hollywood Hills, which has has twice the black population: 3.4 percent. Rapper Kendrick Lamar often complains about racism. In one song, he raps about how he might die:

Body slammed on black and white paint, my bones snappin’

How can all these rich black people stand it, living around so many white people?

Chris Roberts is the Director of Special Projects at American Renaissance.
< More US Churches Are Committing to Racism-Linked Reparations
How Racism and Discrimination Affect Black People in China and Hong Kong >
Blog
Commentary
Videos
Podcasts
Follow us