Whites Are Dying of Despair

I’m sure many journalists do think diversity is a “treat” and we are just “misperceiving” it. Newsweek later changed the headline from “misperceived” to “perceived” and “treat” to “threat.”

The article’s author is Marika Malaea.

I’m sure the writer of the story, @marikamalaea, was chosen for her ability to cover the topic impartially and fairly.

What an embarrassment @Newsweek has become. I doubt it will be around for much longer. pic.twitter.com/7Xa3vwPPgD

The article cites a report that shows the mortality rate for working-age whites has increased since 1999. Lead researcher Arjumand Siddiqi says the finding is “startling.” She claims it might be the first time a trend like this cannot be explained by social or economic status disadvantages, but a “perceived threat to status.” Whites are anxious, she says, but it’s coming from a “misperception that their dominant status in society is being threatened, which is manifesting in multiple forms of psychological and physiological stress.”

the author of the study pic.twitter.com/2co42PVst1

The full study at SSM – Population Health reports that the “pattern of rising mortality” may be spreading to whites who went to college but did not get a degree. Whites with a degree have steady or even declining mortality rates. A study from the Federal Reserve Bank of St. Louis found that “the white working class has declined both in size and relative well-being” while “white college graduate families are doing very well.” This suggests that “factors related to identifying as white are not sufficient to explain the decline.” A more “plausible” explanation is that the white working class has a “diminishing set of advantages relative to non-white working-class families in terms of high school graduation rates, access to relatively high-paying jobs, and freedom from explicit workplace discrimination.”

The full Fed report suggests “circumstances unique to the white working class” explain the decline. These include “structural changes in the economy” and “de-industrialization,” which disproportionately hit the working class. The report also suggests competition from blacks and Hispanics and “increased enforcement of antidiscrimination laws and the declining significance of explicit racial and ethnic discrimination in the labor market” are important factors.

All these are significant obstacles to white workers. There is still “explicit workplace discrimination;” it’s just directed against whites and is called affirmative action.

Some whites who don’t speak Spanish claim they face discrimination when applying for jobs. Examples here, here, here, and here.

Earlier this year, Rolling Stone reported that white men account for 70 percent of suicides. Rural America is hit hardest. American Indians and Alaska Natives have a higher suicide rate than whites, but the white rate is more than twice that of blacks or Hispanics. Steve Sailer is right: Whites are acting like a “defeated and despairing race.” 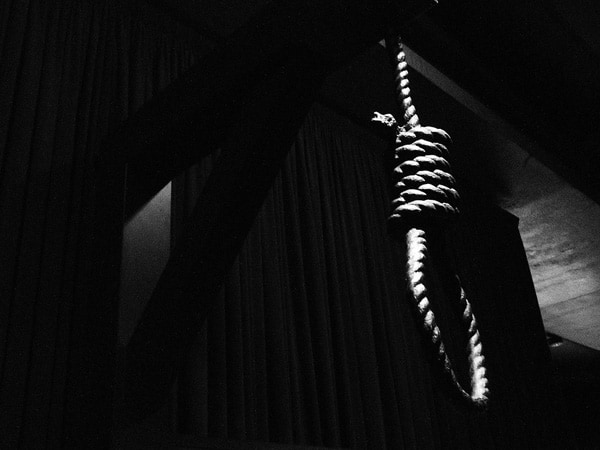 Why wouldn’t we? Corporations mock us. Universities condemn us. Journalists hound us. All whites benefit from unearned “white privilege,” and if they deny it, they are only showing their “white fragility.” You can hate white people all you want on Twitter, but if you simply package white-hate tweets and retweet them as “Blue Check Watch” did, Twitter will delete your account. Double standards, political repression, collapsing cities. . . all these things are demoralizing. Anyone who fights back faces doxing, hit pieces, economic punishment, or physical violence. Many whites feel morally disarmed, unable to justify their survival. They might even claim to be non-white, like Rachel Dolezal.

It’s not surprising white people feel hopeless and suicidal. Some white advocates occasionally feel this way. I’ve felt cynicism or despair at times. Today, though, I feel more optimistic because the political and media atmosphere is so toxic. I’m certainly more optimistic than I was in 2016. The “movement” is very small, but it requires a massive effort to keep it small. The “White Scare” only shows how terrified they are.

And they should be. Our ideas are common sense. Many people go along with the double standards and obvious lies because they’re afraid. With each new white advocate, that system of terror weakens.

Whites — all whites — are trapped in a media and political system that attacks us for immutable characteristics. We are “racist,” no matter what we do. “Deaths of despair” are not random, like deaths from lightning. They are the predictable results of a sick culture. We are fed spiritual poison, and “experts” are surprised we are dying.

What can we do? No one is coming to save us, certainly not President Trump. Nothing will change unless we change it.

We were born into a dark time, but we must revolt against it rather than give up. Avoiding the struggle won’t ensure happiness or even survival. If just a few of us stand up, I have not just faith, but certainty that we will win. Inaction is not escape.

Mr. Hood is a staff writer for American Renaissance. He has been active in conservative groups in the US. You can follow him on: Gab.
< After the Obama Disappointment, Black Voters Want More Than Empty Symbolism
YouTube CEO Wojcicki: We’ve Cut Amount of Time Americans Watch “Controversial Content” by 70% >
Blog
Commentary
Videos
Podcasts
Follow us