All over the world, in churches, libraries, universities, streets, homes, and bedrooms, white ladies and gentlemen cherish the sacredness that comes from being quiet. The darker races wallow in noise. Their churches are energetic and boisterous, their libraries are places for conversation and argument, and their universities are scenes of conflict and clamor. In the streets at all hours, they speak with vulgarity and crudeness, they blast repetitive cultural anthems from cheap speakers, flip-phones, and touchscreens. From their personal headphones come obnoxious and high-pitched sounds, and when they are not listening to music they are singing rudely in the street or humming audibly.

In public transportation they bicker, and when they are alone, they argue into tiny speakerphones at the highest volume. The elderly speak as loudly as the young, if not more frequently and inappropriately, and women of all ages gossip with the longest and most drawn-out intonations anywhere, anytime.

Deliverymen broadcast their music from their bikes, scooters, and cars, while those with nothing to do sit outside, not in the deafening silence of unemployment but in the noise of music — music that glorifies looting, raping, and killing.

Nor is family life a deterrent, for their children scream when they are just sitting across the table. Parents argue in bitter rage in front of their children, whom they discipline obscenely at awkward times and places.

There is no silence; there is Brown Noise. The loudness of the lower whites is not as piercing or inappropriate. And while it is only a few among the darker races who clamor this way, it is the dominant culture among them and gets no opposition. Their officials and politicians speak with the same agitation and volume, as do their pastors and teachers. Only a few are as quiet as whites. 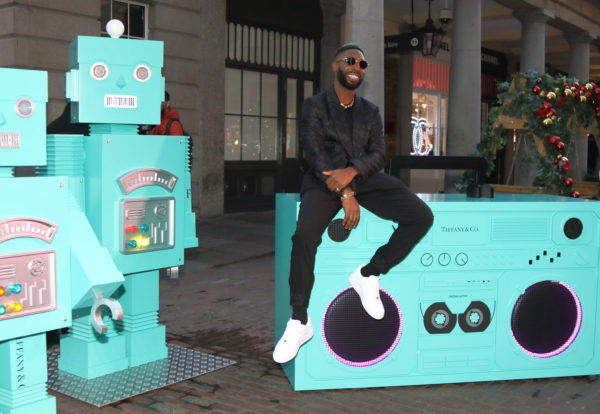 Thus, I say to the white man: Arise. Your quiet towns and homes are no longer! Five times a day you shall hear the Call to Prayer. “Allahuakbar!” will ring through your streets at dawn, in the morning, in the afternoon, in the evening, and at night. You will be awakened by the noise of conflict on your streets, jostled by gunshots in the night, and assaulted by bickering and conversation on the train and bus. Your libraries will be violated by casual conversation and your universities turned into parlors of entertainment.

When you seek comfort it will not be there. Your home will be shaken by trumpets and maracas, the solace of your parks will be drowned out by the incessant ring of the Fiesta, your streets will be polluted by music from gangbangers and thugs, and your radio and television assaulted by Brown Noise.

I say, dear white man, preserve your silence! Do not think it can be taught or learned. Do not blame the loud for being loud. Let them do it amongst themselves in peace! But do not sacrifice your quiet for peace — fight, fight, and make them quiet!

View all posts by Bjorn Jansson