Miscegenation Can Be Deadly

On Wednesday in Louisiana, the FBI killed James David Hawley in a shootout. On Thanksgiving, Hawley had killed 69-year old Norma Matko in her home after raping and torturing her. But Norma Matko wasn’t Hawley’s primary target: He was after her daughter, his ex-girlfriend, Thoue Nichole Bronowski. He kidnapped her after he killed her mother. Luckily, the FBI got to Hawley before Miss Bronowski could be seriously harmed. On November 18, Marcus Tate-Clay killed his girlfriend Marjorie Tate and then killed himself. Every news story about the murder-suicide included a photo of Marjorie, but there were no photos of Marcus. I could verify his race only through his obituary. 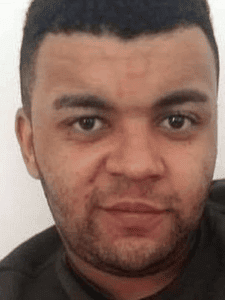 Around the same time, in New York City, Yonathan Tedla decapitated his spouse, Jennifer Schlecht, before slitting their child’s throat and killing himself. These are some of the more recent cases of interracial relationships that went wrong. There are others:

We are not aware of similar cases of white men killing their non-white romantic partners.