Photos: How Israel Secures its Borders

Israel is a model for the West when it comes to border security. It’s something Israelis take seriously — as all nations should — and they use many methods to keep their nation safe: walls, checkpoints, soldiers, and when necessary, force. Nov. 15, 2000 — Israeli border police search a Palestinian after clashes in an Arab neighborhood of Jerusalem, Israel Wednesday. Israel said it would be forced to drop its ”policy of restraint” to stop Jewish blood being spilled in what it sees as a new, more bloody Palestinian strategy. (Credit Image: © Flash 90 / TNS / ZUMAPRESS.com) 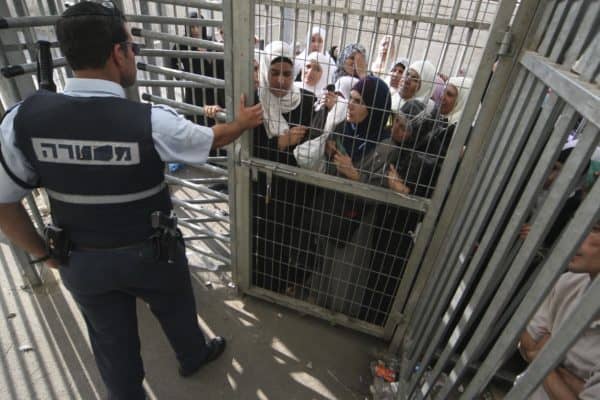 An Israeli border police officer closes the gate as Palestinians wait for entering Jerusalem through the checkpoint in the West Bank city of Bethlehem, as they try to reach the al-Aqsa mosque. September 4, 2009. Men aged 50 and over and women aged 45 and over are allowed to attend Friday prayers on the Temple Mount in Jerusalem. (Credit Image: © Xinhua / ZUMA Press)

Discriminating by age is a wise counter-terrorism measure. Anti-Zionists often claim that Palestinians who protest against Israel are mostly peaceful. May 13, 2011 — An Israeli border policeman near a car which was torched during riots in the East Jerusalem neighborhood of A-Tur, as riots broke out in several flashpoints in East Jerusalem. (Credit Image: © Mahfouz abu Turk / apaimages / ZUMAPRESS.com) May 13, 2011 — An Israeli border policeman near a car which was torched during riots in the East Jerusalem neighborhood of A-Tur. (Credit Image: © Mahfouz abu Turk / apaimages / ZUMAPRESS.com) November 17, 2012 – Rafah, Gaza Strip — Palestinians inspect the damage at the smuggling tunnels area in the border between Gaza strip and Egypt after Israeli airstrikes. Israel bombarded the Hamas-ruled Gaza Strip with more than 180 airstrikes early Saturday, the military said, widening a blistering assault on militant operations to include the prime minister’s headquarters, a police compound and a vast network of smuggling tunnels. (Credit Image: © Eyad Al Baba / APA Images / ZUMAPRESS.com) 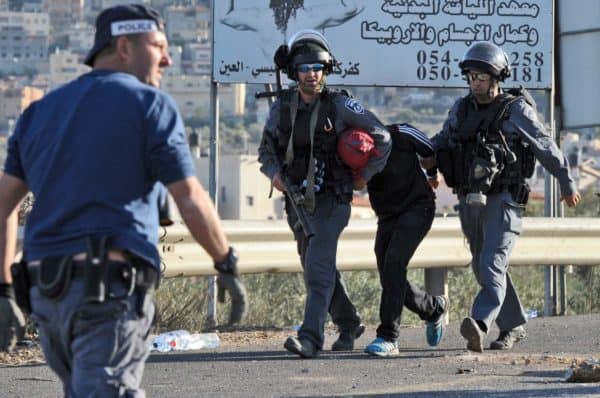 Israeli Border Police arrest Israeli Arab youth for throwing rocks during clashes at the entrance to the Arab village, Kfar Kanna, in Northern Israel, on November 9, 2014. Clashes broke out after Friday night, Israeli policement shot dead an Arab man whom they claim had attacked them with a knife in the village. Photo by: JINIPIX (Credit Image: © Xinhua via ZUMA Wire) A member of Israeli border police aims towards Palestinian protesters during clashes following a demonstration marking the 67th anniversary of the ”Nakba”, outside Ofer military prison, near the West Bank city of Ramallah, May 15, 2015. (Credit Image: © Shadi Hatem / APA Images / ZUMA Wire) 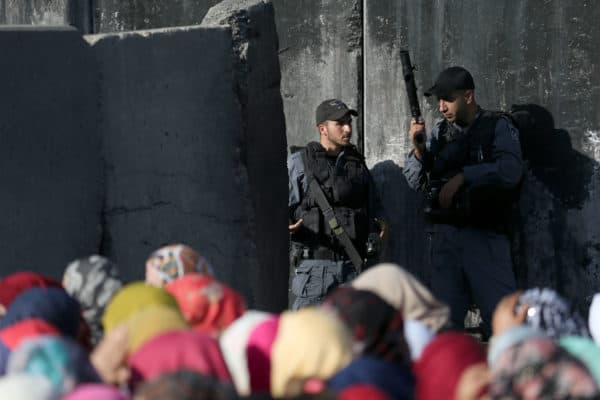 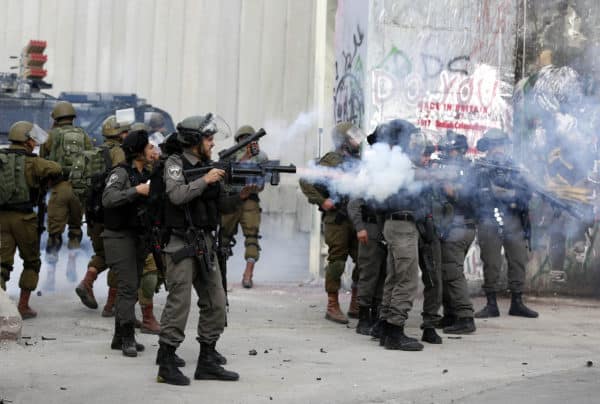