On September 30, 2020, the California Governor Gavin Newsome signed into law AB 3121, which set up a “Task Force to Study and Develop Reparation Proposals for African Americans.”

As I will explain, this started a process that will plague the state for years. The committee has until July 2023 to issue a report on who gets what and how much. The question of whether has already been decided.

The law requires a task force of nine members who “shall be drawn from diverse backgrounds.” Here are the nine. Eight blacks and, down in lower right corner, one Asian, who worked very hard to get compensation for Japanese relocated during the Second World War.

No white people need apply. Apparently, no Hispanics either, even though the state is 35 percent Hispanic.

It has taken nearly a year and eight official meetings for the task force to decide who will cash in. Just last month, it decided that only blacks in California who are descended from slaves will get anything. It was a hard-fought five-to-four squabble because, believe it or not, the rest wanted to include all blacks, including African immigrants who showed up yesterday.

How come? Task force member Lisa Holder, who was a Soros Justice Fellow, explains: “If you have Black skin, you are catching hell in this country.”

She doesn’t want you to get hung up on slavery. “We must make sure we include present day and future harms.”

Yep. Future harms! When have you ever heard of compensation for things that haven’t even happened yet! This would surely be a first.

Task-force member Reggie Jones-Sawyer, who also wants all blacks covered, explained that “when a white racist shoots and kills a Black person in the back because they’re Black, they don’t care if you came in from a slave ship or a cruise ship.”

Maybe you didn’t realize that California has a big problem with white racists shooting black people from cruise ships.

And when Mr. Jones-Sawyer wants payouts for every black without exception, he means it. For example, he would include the guy who owns this nine-bedroom pad in the ritziest part of DC. As well as 29 acres on Martha’s Vineyard. And who’s building a mansion on the beach in Hawaii – with two swimming pools – on land cost that $9 million. Who is not descended from slaves because his mother was white and his father was Kenyan. And who was, of course, president of the United States. As for Mr. Obama himself, when he was president, he said he didn’t think there should be reparations for blacks, but now he says he was faking it. He says he thought all along that white people should pay, but “white resentment made reparations a ‘non-starter’ during his presidency. I guess white people have wised up.

The task force considered two approaches on how much is owed. The first was to calculate the costs of slavery, Jim Crow laws, lost wages, etc. That’s what most people think reparations are all about. But, oops. California joined the Union as a free state in 1850, and never had Jim Crow, never had segregated schools or drinking fountains. There were hardly any blacks in the state until after the Second World War.

And so, the task force won’t look back that far. As this article notes, “Reparations Task Force Approves Expert Team to Determine Compensation.” This is from black media. Note the illustration of money pouring out a bank vault. The five experts – all black – will consider only the horrors that blacks faced in California. As expert Kaycea Campbell explained, this approach “will allow us to identify specific atrocities or harms for which California should compensate.”

There are 13 categories of California harms and atrocities – again, all of which essentially date from no earlier than the 1940s. These include such things as “intellectual property deprivation” – all those black inventors who were robbed of their royalties. “Unjust property taking by eminent domain” – how common was that? “Denial of representation on estate commissions” – whatever that is. “Environmental harm” – which I suppose hurt only blacks. “Mass incarceration” – which can only be the result of racism, I suppose. And “Transgenerational effects” – that’s an atrocity for you.

The five wise black people say they may think up yet more atrocities, and then calculate how much each black Californian should get. But this is crazy. How many blacks had their intellectual property stolen by the state of California or were kept off an estate commission? Any? Ten? Twenty-five? And if that even happened, why does it mean every black living in the state deserves a check?

William Darity, an economics professor at Duke University is on the committee that is supposed to figure this out. But even before the committee was set up, he had already decided that about two million California blacks deserve $300,000 each. That is as much money as the median white household makes in four years! That is also $600 billion dollars. And it is also three times the annual budget of the entire state of California.

With all due respect, this is nuts.

But this is what happens when you ask a bunch of blacks – and one crazy Asian – to come up with reparations for blacks.

In a state that never had slaves. And hardly any blacks until the 1950s! They’re just making it up as they go along.

Aside from this being a psychotic idea, there are practical problems. How are blacks supposed to prove they are descended from slaves? Most Americans can’t name all four grandparents. 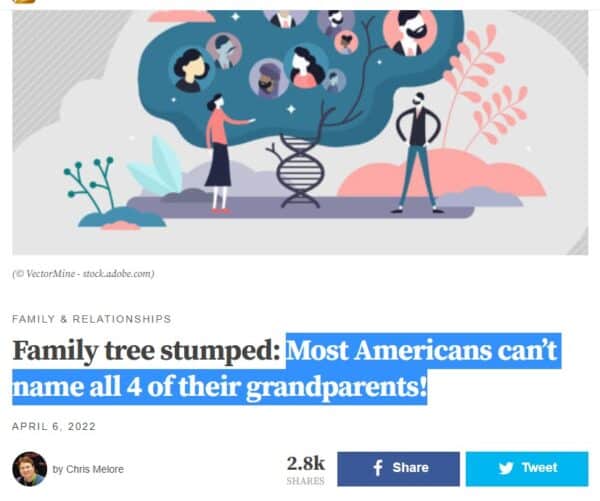 Only 4 percent can name all their great-grand parents. I’m sorry, but a lot of blacks aren’t even sure who their father is.

And there are going to be some white people who have a slave or two in the family tree. Soros Fellow Lisa Holder is going to be mighty, mighty unhappy when they cash in.

No matter how this works, the state legislature will have to appropriate the money. The vote to set up the taskforce passed overwhelmingly: 58 to 12 in the House and 33 to 3 in the Senate. So, when the taskforce sends its final bill, the state will pay with a smile, right? No. Half the people in California are either Hispanic or Asian. When you tell them they are being taxed to pay for handouts for blacks, as reparations for slavery that never even happened in California, they will be livid.

You know the expression “ideas have consequences.” Well, crazy ideas have crazy consequences. We have the ingredients for a taxpayer revolt like you’ve never seen. It’s going to be quite a show.

Jared Taylor is the editor of American Renaissance and the author of Paved With Good Intentions, White Identity, and If We Do Nothing.
< Ukrainian Refugees and Race: A Look-Away Issue
My Unique Path to Race Realism >
Blog
Commentary
Videos
Podcasts
Follow us