In the Georgia Senate Races, the Song Remains the Same On January 5, Georgians will vote in two runoff elections for Senate. If the Democrats win both, the Senate will be split 50-50 between the two parties. This will give the Democrats a de facto majority because the Vice President casts the deciding vote whenever there’s a tie. If the GOP wins one or both of these races, President Joe Biden will face a Senate that’s likely to block much of his agenda. For many on the Right, that’s reason enough to support both Republican candidates. President Biden will be less powerful if there’s a Republican Senate — and white advocates should certainly hope for a less powerful Biden Presidency — but it’s not hard to understand why Republican Senators David Purdue and Kelly Loeffler didn’t win their elections outright in November, and might fail to win them next month.

Both incumbents come close to embodying the caricatures liberals paint of conservatives: rich, corrupt, and two-faced. Mr. Purdue and Mrs. Loeffler both faced insider trading investigations this year because they made significant trades after attending a private Senate briefing with Dr. Anthony Fauci and the head of the CDC about the pandemic on January 24. Mrs. Loeffler and her husband had sold their shares in retail stores, such as Lululemon and T.J. Maxx, and bought stock in companies that make “teleworking” software. On the day of the Fauci meeting, Mr. Purdue bought stock in DuPont de Nemours, which makes protective gloves and masks. He sold much of the stock he had in casinos, and bought Netflix — all while the GOP downplayed the risks of virus.

The Justice Department ended its investigations of the two Senators, who always denied any wrongdoing. For Mr. Purdue, it wouldn’t be the first time he made clever investments. He is the most active trader in the Senate, and the 2,596 trades he made since taking office in 2015 are “roughly equal the combined trading volume of the next five most active traders in the Senate.” In 2017, he invested in banks while advocating — successfully — for deregulation. When he was on the Senate’s cybersecurity subcommittee the government awarded FireEye, an IT security company, a subcontract worth over $30,000,000. Sen. Purdue “bought and sold FireEye stock 61 times, at one point owning as much as $250,000 worth of shares in the company.”

Today, the Senator and other Republicans warn that if the Democrats control the legislature, America will be at the mercy of socialists and the economy will collapse, but Mr. Perdue’s career in business before he entered politics was not a boon to American workers. In 2005, during a deposition about his role as chief executive of  Pillowtex Corporation, an attorney asked him, “Can you describe your experience with outsourcing?” Mr. Purdue answered at length:

Yeah, I spent most of my career doing that. Kurt Salmon Associates, some of my experience there was helping footwear companies develop the ability to import shoes from Asia, specifically Taiwan, Korea, China, Indonesia, Malaysia.

Later with Haggar Corporation — sorry, with Gitano and Sara Lee, having lived there, I lived in Singapore with Gitano and in Hong Kong with Sara Lee, sourcing was my primary responsibility in both of those locations. . . .

Then at Reebok most of — all of our production was sourced in Asia. Same thing, both apparel, textile products, and footwear products. I could go on with that. That’s the summary.

Later, he bragged that “Sara Lee did not have a centralized sourcing operation in Asia, and we built that from the ground up.” 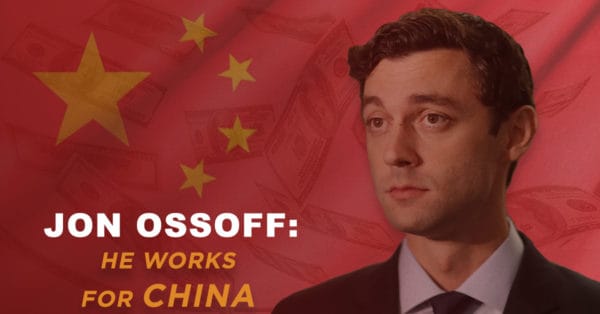 Since at least 2017, Senator Purdue has decried the effect mass immigration has on American workers, and backed legislation to curb immigration. However, in February, he sent a letter to the heads of the Department of Labor and the Department of Homeland Security urging them “to increase the numerical limitation on H-2B visas in order to provide relief to American businesses.” H-2B visas are for unskilled non-agricultural workers. After Sen. Purdue’s letter and lobbying efforts from other politicians, President Trump raised the annual H-2B cap by 35,000. Earlier this month, the Senate passed the “Fairness for High-Skilled Immigrants Act,” which ends employment-based visas limits for specific countries. Sen. Perdue voted for it.

Kelly Loeffler’s record is not as bad, in part because she has been a Senator for less than a year, and was out of the public eye before that. She is not an inspiring candidate. With a net worth of at least $800,000,000, she is the richest member of the Senate, and before entering politics she worked exclusively in finance. It’s hard to believe she has the interests of her voters at heart, or even knows what those interests are. Like her Georgian colleague, she may have talked tough about immigration, but voted for the so-called “Fairness for High-Skilled Immigrants Act” even after the Georgia Republican Party passed a resolution calling on President Trump to “strictly limit new immigration visas until the economy reaches its pre-pandemic unemployment rate of no greater than 3.5 percent.” And like Sen. Purdue, Sen. Loeffler voted for the bill that will remove Confederate names from military bases. Neither of Georgia’s Senators have voiced support for a stimulus bill that includes large direct payments to Americans put out of work by government-mandated shutdowns.

None of this is to say that whites should support the Democrats in these races. If President Biden has an accommodating Senate, it’s much more likely that he can pass policies that will hurt whites: gun control, amnesty, “criminal justice reform,” reparations, etc. The two Democrats running for Georgia’s Senate seats, Jon Ossoff and Raphael Warnock are vastly worse than David Purdue and Kelly Loeffler. Mr. Warnock, a black preacher, believes that “America needs to repent for its worship of whiteness.” He’s also a longtime defender of Jeremiah Wright, Barack Obama’s former pastor and “spiritual adviser.” In 2008, Mr. Obama denounced Mr. Wright after the media discovered the latter’s 2003 “God Damn America” sermon, in which he claimed that the American government wasn’t much different from al Qaeda, and repeated the popular black myth that the US created AIDS to exterminate blacks. Mr. Warnock stood by him, saying, “It was a very fine sermon. And Jeremiah Wright was right when he said the attack on him was in a real sense an attack on the black church.”

Mr. Warnock admires James Cone, the “father of black liberation theology,” whom he’s called a “poignant and powerful voice” and calls him his mentor. Cone’s 1970 book, A Black Theology of Liberation, is full of passages  like these:

Mr. Warnock cited Cone repeatedly in his own book, The Divided Mind of the Black Church, and gave a eulogy for Mr. Cone at his funeral in 2018.

Jon Ossoff, who’s white and superficially more moderate, isn’t much better. His campaign website claims that “deep race and class disparities persist in policing, prosecution, and sentencing. Racial profiling, arbitrary detention, brutality, and abuse in detention and incarceration are widespread.” To change that, he promises to “champion and fight tirelessly to pass a New Civil Rights Act that strengthens civil rights laws and advances comprehensive criminal justice reform,” adding that “race and class disparities in policing, prosecution, and sentencing must be ended nationwide.” His website also says that Mr. Ossoff wants “a path to legal status for undocumented immigrants who are already here and otherwise follow the law, especially those brought here as children.” He has also published a white paper calling for “direct federal financial support to cover HBCU [Historically Black Colleges and Universities] budget shortfalls,” making “public and private HBCUs debt-free,” and establishing “public health clinics near HBCUs.”

There is an old joke: America doesn’t have two ideologically distinct parties. It has an evil party and a stupid party. Whites can expect almost nothing good from the evil Democrat Party, but until the Republican Party stops being so stupid and running self-serving candidates, it can expect to lose elections even to terrible rivals. More and more whites now realize that Democrats are hostile to them and Republicans are, at best, indifferent. It is our job to force at least the Republicans to pay attention to the people who are still the majority of the electorate.

Chris Roberts is the Director of Special Projects at American Renaissance.
< How I Became a Racial Heretic
Rehabilitating (and Denaturing) the White Australia Policy >
Blog
Commentary
Videos
Podcasts
Follow us